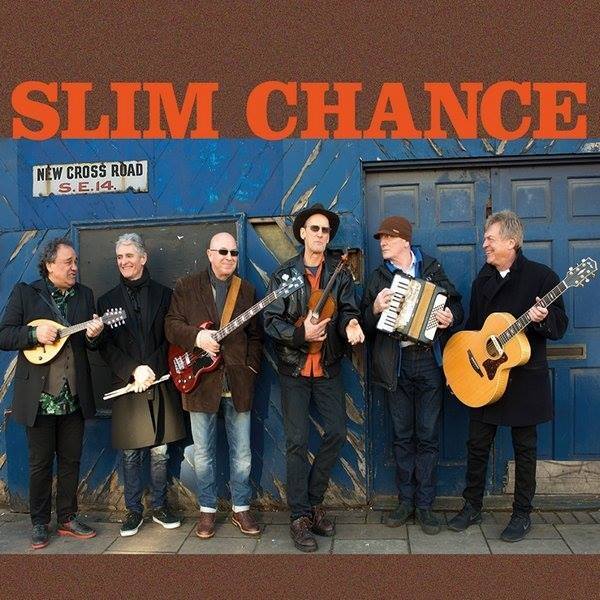 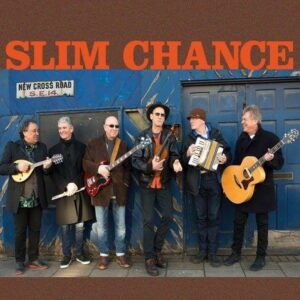 Continuing an adventure started in 2010, Slim Chance have committed to tape a new album (partly) recorded as per its two predecessors at Charlie Hart’s Equator studios  in South London. It continues the trend of their second album “On The Move” released three years ago, mixing a few chosen covers of some of Ronnie Lane’s best songs with new originals penned by the band. The core quartet of Charlie Hart, Steve Simpson, Steve Bingham and Geraint Watkins is still here but this new record sees the Slim Chance recording debut of drummer Brendan O’Neill and of the legendary Billy Nicholls (who used to be on on Immediate records, the same label as the Small Faces).

The record opens with a great slice of cajun boogie penned by Geraint Watkins and Steve Bingham (and features the excellent Martin Winning guesting on saxophone) that wouldn’t have sounded out of place on a Balham Alligators LP. Steve Bingham takes the lead on “Flossie Lane”, a catchy homage to the UK’s oldest publican in the country who passed away in 2009 aged 94 years old. These two great originals are followed by the first Lane classic with a rollicking take on “Chicken Wired” sung in his inimitable style by Steve Simpson and punctuated by Geraint Watkins’ organ blasts. After the demise of Ronnie Lane’s Slim Chance in the second half of the seventies, Ronnie Lane recorded the much loved “Rough Mix” album with Pete Townsend which featured some of his best songs, the gentle “Annie” is here reprised by Billy Nicholls whose vocal fits the song to a T. Steve Simpson lends his gravelly tone The Who’s “Squeeze Box” which appropriately features Charlie Hart on accordion. The band’s take on The Faces classic “Debris” has always been a highlight of their live gigs so it is a great pleasure to finally see it committed to tape with Geraint Watkins on lead vocals and a superlative guitar solo courtesy of Mr Simpson. Billy Nicholls is at the helm on a completely reworked version of “Kew” that was originally featured on his 1974 solo album “Love Songs” with (again) stellar performances from Charlie on accordion and Steve on guitar. Geraint Watkins pens another great rollicking track with “Mr Jones” which features some great bluesy guitar licks and violin. The reflective “Spiritual Babe” sees us back in Ronnie Lane territory, a later day track from Lane that he played during his Austin days. The jaunty “Roll The Dice” bears the influence of Charlie Hart’s Equators project and puts an end to the record on an upbeat note.

Slim Chance will be playing selected dates this month. Make sure you catch them.