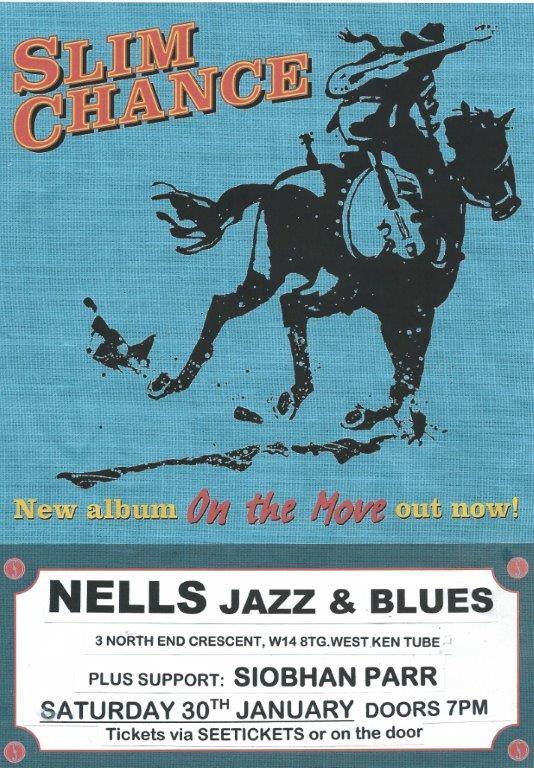 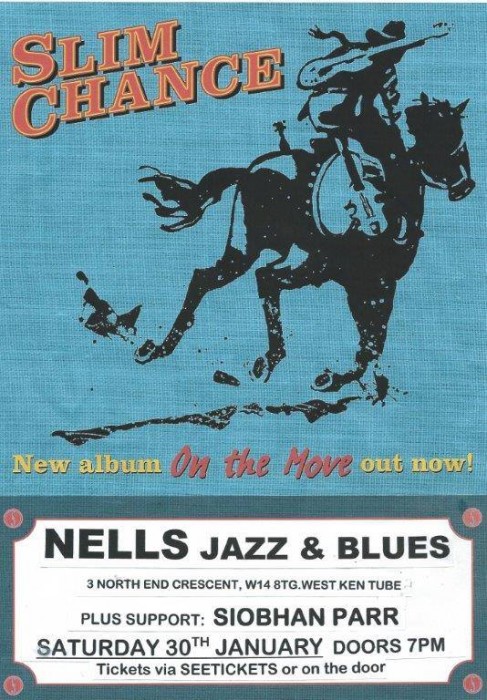 Ronnie Lane’s former companions play a storming set featuring classics from the great man’s back catalogue and originals from their recently released “On The Move”. Louder Than War’s Craig Chaligne reviews.

Slim Chance released their second LP “On The Move” at the end of last year to great reviews all around (Uncut, Vive Le Rock, Record Collector, Mojo…). They’ll be playing all over the UK in 2016 to promote the album and are already booked for several festivals during the summer. This gig was their first of 2016, their guest singer/ rhythm guitar player Des Horsfall wasn’t present contrary to their album launch party at The Half Moon in Putney last year. However we were treated to the return of Geraint Watkins on keys and vocals (he was criss-crossing Europe with The Hillibilly Moon Explosion last November). A good sized crowd greeted support act The Siobhan Parr Trio. Playing a mix of originals and well chosen covers (Bonnie Raitt, Bruce Springsteen), she won over the crowd of Slim Chance fans.

All the members of Slim Chance have careers as session men and are used to playing gigs by the seat of their pants. One example of that would be the guest appearance Frank Mead (saxophone player with Bill Wyman’s Rhythm Kings) made with the band for their Bedford and Putney gigs last year. He just turned up and proceeded to play fantastically with just some notes scribbled in front of him, that’s how good these guys are. Slim Chance’s performance featured numerous tracks from “On The Move”, the tracks already excellent on the LP gained an extra dimension live. After opening with an excellent rendition of the Lane original “Well, Well Hello”, a song perfectly suited to Steve Simpson’s gravelly vocals, the band showcased some new tracks including their Leadbelly cover of “Duncan and Brady” and the excellent “Fishing Line” written by bass player Steve Bingham. Another Bingham original “Two Steps Away From Love” and the Watkins/Hart penned “Ragtime” proved the band are definitely not a Ronnie Lane tribute act but a living musical entity that keeps the legacy of the music Ronnie played after he left The Faces alive. Of course the setlist featured some of Ronnie’s most famous tunes with the catchy “Kuscthye Rye” featuring Charlie Hart on lead vocals and accordion.  “One For The Road” enabled the whole room to sing along and “Anniversary” saw the usual fantastic duel of fiddles by Charlie Hart and Steve Simpson. An absolutely sublime version of “Debris” with some quality guitar-piano interplay must have achieved to convert the newcomers in the room.  The band closed their set with a mandolin driven version of “Oh La La” and two of Ronnie’s favourite covers, Chuck Berry’s “You Never Can Tell” and the traditional blues song “Goodnight Irene”.