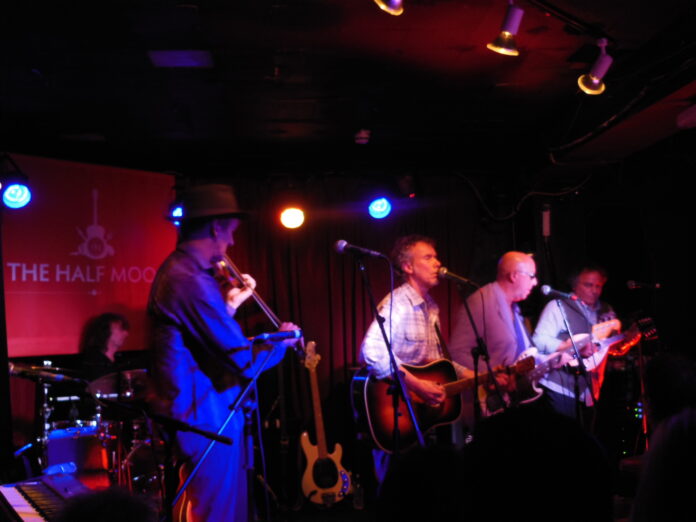 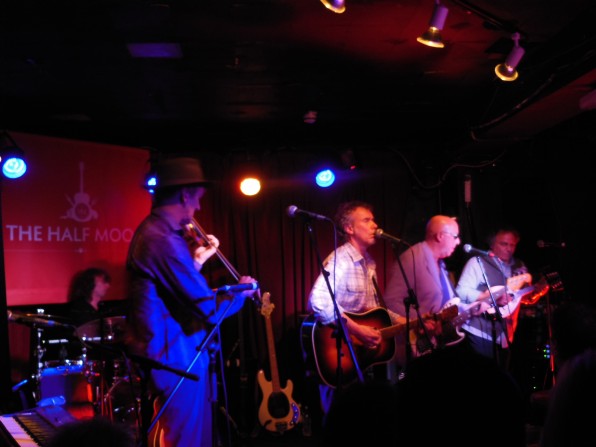 Slim Chance make their way back to their spiritual home then proceed to play a storming set to a capacity crowd. Louder Than War’s Craig Chaligne was there.

After leaving The Faces in 1973, Ronnie lane formed his own band Ronnie Lane’s Slim Chance. The band went through several incarnations until 1980 when Lane’s health started deteriorating due to Multiple Sclerosis. In 2004 the Ronnie Lane memorial concert took place  at The Royal Albert Hall and saw a reformed Slim Chance participating in the evening’s proceedings.  The man behind that evening’s line-up of Slim Chance was multi- instrumentalist Charlie Hart who after that one-off event put together a permanent line-up of Slim Chance in 2010. The band consists of Hart himself on keyboard, fiddle and accordion, Steve Simpson on guitar and mandolin and fiddle, Alun Davies on guitar, Steve Bingham on bass and Colin Davey on drums. The band are often joined by honorary Slim Chancer Geraint Watkins on keys. They have recorded a tribute to Ronnie Lane entitled  The Show Goes On that came out in 2013.

The  line-up at The Half Moon was slightly different as both Davies and Watkins were both touring with their main gigs (respectively Yusuf Islam and Bill Wyman’s Rhythm Kings). Colin Davey has departed but his replacement John Lingwood is a perfect fit. The task of covering for the two absentees fell to Yorkshire based musician Des Horsfall, a long time Ronnie Lane fan who’s backing band is actually named after of of Lane’s songs : Kusthye Rye.

I had seen Slim Chance previously at the Elgiva Theatre in Chesham and although the gig was really good, it was nothing compared to their performance at The Half Moon. The venue was packed and Ronnie Lane’s brother Stan was in attendance as was Small Faces and Mod authority John Hellier. The particularity of Slim Chance is that every member of the band sings lead vocals at one point of the set. Charlie Hart sung lead on Kuschty Rye and Lads Got Money from Lane’s 1979 See Me album. Steve Bingham quipping that he always got the obscure songs to sing took the lead on Silly Little Man, a track first aired on Rough Mix, a collaboration album between Lane and Pete Townshend and on a spirited version of You’re so Rude. From Lane’s days in The Faces we were treated to excellent versions of Oh La La  and Debris sung by Steve Simpson (the later featuring an an excellent guitar solo by Simpson ). The highlights of the gig were an excellent version of Done This One Before sung by Des Horsfall (sounding as good as Ronnie Lane on the original version) and the double whammy of Anniversary and The Poacher with Hart and Simpson dueling on fiddles. The gig finished with covers of You Never Can Tell and Goodnight Irene (songs that Lane often used to finish his gigs with) after which Stan Lane took the stage to thank the band and the audience and then looking at the ceiling and asking his late brother for his impression on the gig.