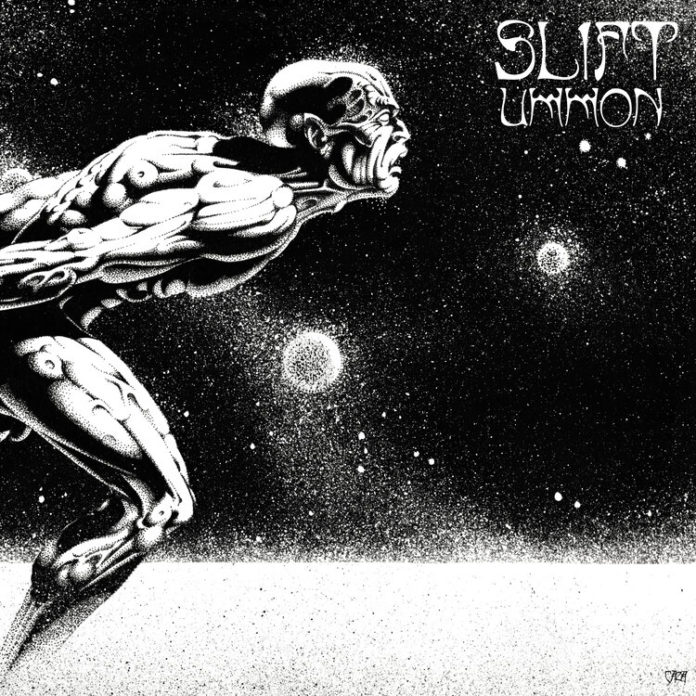 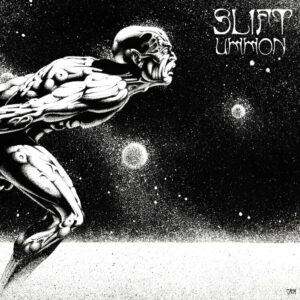 Following up their debut full-length album, Slift return with another blast of their psychedelic fuzz-drenched space-rock and build on their previous releases to produce, once again, a dizzying journey beyond the stars. They open with the album title track and from the off they whip in alternating rhythms and grooves that blend as one. Moving on from their debut, the song’s vocals growl with more intensity, a threatening side that at once contrasts and compliments the shifting soundscape beneath the verses. When the fuzz pedal clicks on though, the band launch as one in a full-on attack. On their journey, they are switching between the sounds of them slamming on the rocket boosters and then lifting off to float off into the heavens.

It’s Coming links straight back to their previous album with its spinning arpeggios and filtered vocals, while lead single Hyperion pounds along on a driving beat that hold together the surging guitars, reining in the chaos. The energy of the band is garage-rock, but at their heart, they never stray too far from their Krautrock core and seem unafraid of allowing the songs to take control as they almost fall into freeform jams. It’s a feeling that you’re never completely sure of exactly where each song will take you, and that’s what keeps you inside their world.

On Dark Was Space, Cold Were The Stars, the band are drenched in pure 60s psych. The harmonies meld over wonderful brushes of sweeping guitars in total Pink Floyd homage. The song stands out from the density of what leads up to it and results in a shift in style that they continue on with Aurore Aux Confins, a blissful and almost choral instrumental. After spinning through hyperspace the band are drifting off to new worlds, but, as epic album closer Lions, Tigers and Bears ramps up at the end, again with the roaring vocals that open the record, it’s clear that the band are not sticking around here for long.

With new worlds to explore, Slift are taking off again.

Watch the video for Hyperion below: