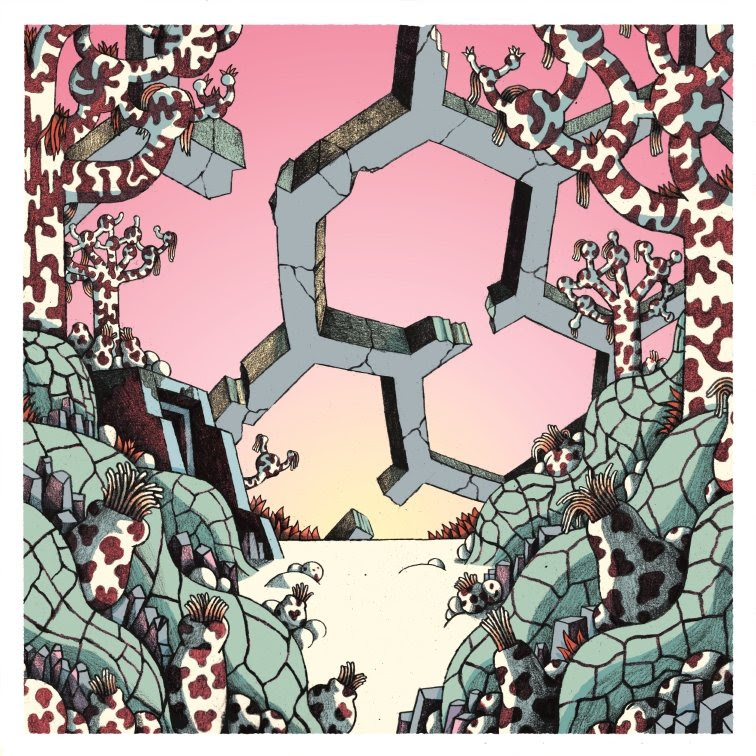 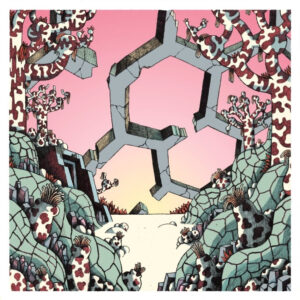 There’s  something in the water over in France. Someone is mixing some high-grade mushrooms in the drinks as yet another fine psychedelic garage album is released on Howlin’ Banana Records. This time it’s the turn of Toulouse’s Slift, a young trio who blend the trippy adventures of Can, the rocking urgency of MC5, and the stoner desert rock of Kyuss with their own space gazing to create a wonderful journey through nine increasingly infectious tracks.

Kicking straight off with Heavy Road they dive in with wiry guitars, fuzzed out overdubs that sound like UFOs circling above, all over rolling drum beats and a bass line that move the song along with an addictive groove. The vocals are drenched in a distorted effect, adding to the beamed-in-from-outer-space vision that they have crafted. The following Something In The Mist brings in a straighter garage-rock, sounding like a righteous Alah-Las, but then it swiftly drops off into a blissful meandering verse whose sparsity lets the drums and bass push to the front. It’s a psych swirl that drops into an urgent chorus that powers the song along again and is akin to their Italian contemporaries Bee Bee Sea.

Slift are certainly at their most potently powerful when they keep the pace high, such as on album highlight Doppler Ganger. The vocals take on a paranoic tone under intense guitars and a rhythm that sails the song down a narrowing whirlpool. Elsewhere on the record they drop in almost Sympathy For The Devil-like beats (Ant Skull) and skirt close to the melodies of Peter Bjorn and John’s Young Folks (Fearless Eye), but that pulsing fuzz guitar is never far from the surface, always lurking to drag the song back out to space. With the final two songs, the title track and closer Silent Giant, Slift finally break through the atmosphere and are left floating out towards the stars. To where it is unknown, although the almost satanic vocals on the latter suggest it may not all be blissful out beyond the Milky Way.

On their debut album Slift have set out their stall as purveyors of a style of garage-psych that drips in debt and awe to the past while gazing out to the future. The album rides crashing waves out to calmer seas before wild storms whip up again and they are certainly at their strongest when wilder. At times they maybe try to cram too many ideas into one song, but when the ideas are so good, who can blame them? It will be interesting to see where they go with this sound and what roads they take next, but for now we have this unknown planet to explore.

Watch the videos to Heavy Road and Fearless Eye below: