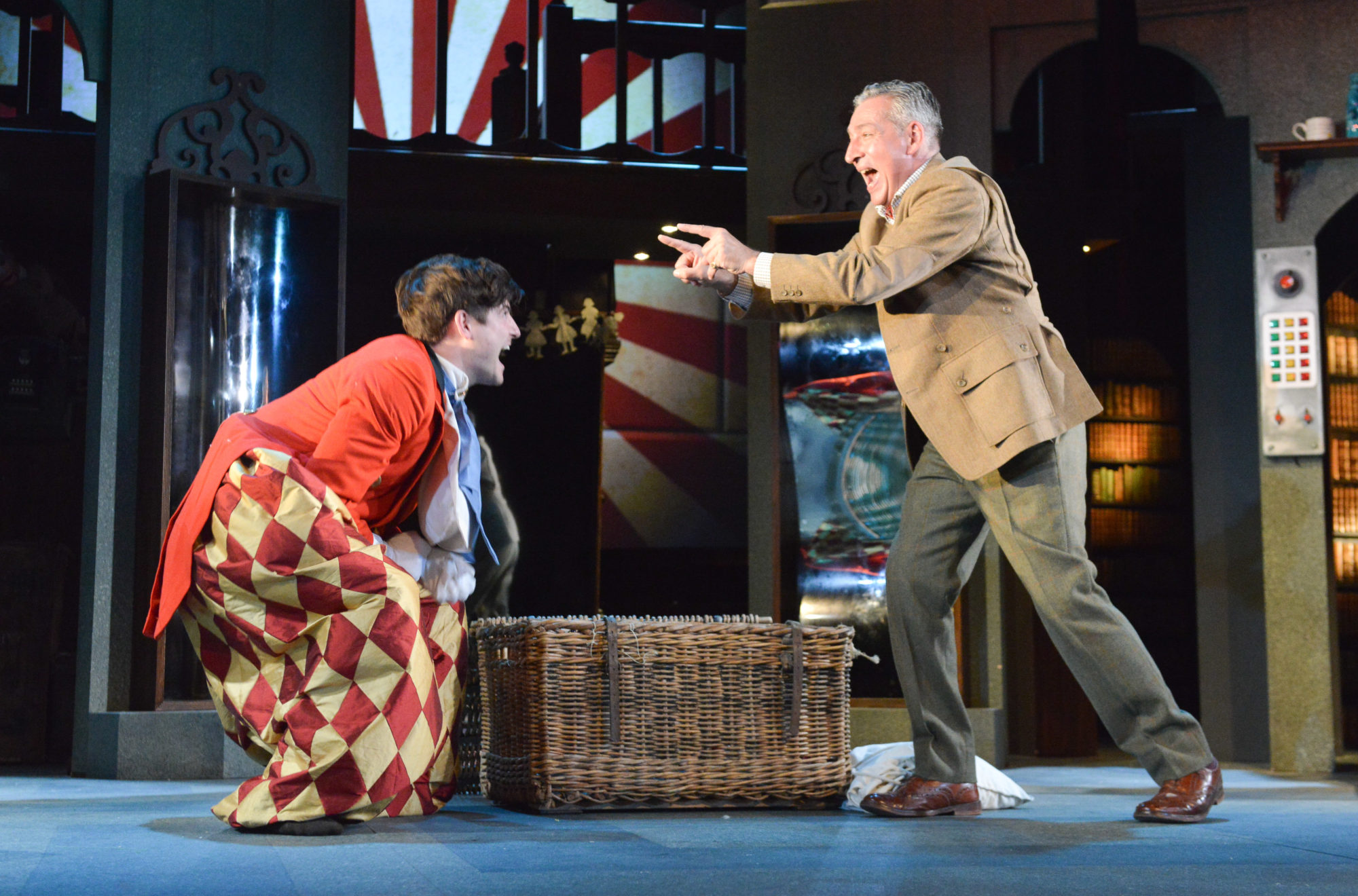 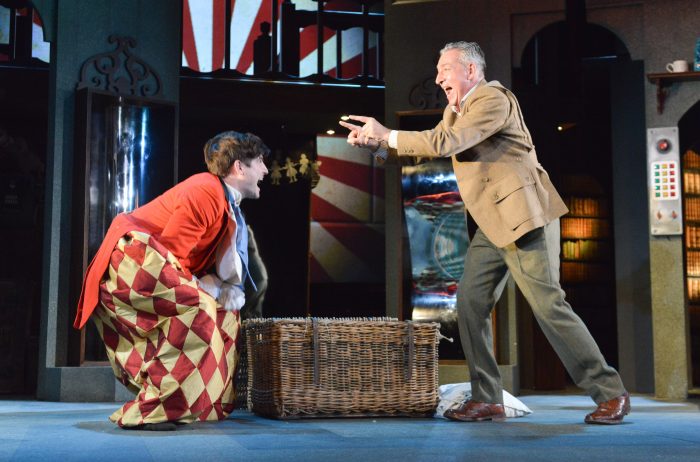 When this collaboration between West Yorkshire and Nottingham Playhouses was announced it did beg the question whether theatre goers were really that desperate for a revival of this thriller first performed in 1970.

A question made even more pertinent by the fact that the movie of Anthony Shaffer’s mega stage hit was so memorable as the venerable Laurence Olivier and younger upstart Michael Caine had great fun chewing the scenery in a bonkers acting tussle as the baton was passed down the generations.

This well staged two-hander doesn’t fully erase those memories although the leads Miles Richardson as cuckolded novelist Andrew Wyke and James Alexandrou as the young man who seeks to take his wife try hard to deliver something fresh.

Giles Croft’s direction plays a bit too much of the action for laughs which is Richardson’s strengths as he lacks the sinister edge Lord Larry brought to his version, and his energetic if brittle japing fits with Shaffer’s desire to subvert the detective novel. Shaffer doesn’t quite manage to deconstruct the theatrical thriller which is an often derided genre that actually requires genuine skill to get right.

Alexandrou’s generally steady posh accent as the suitor initially out of his depth puts his long running role as Eastender Martin Fowler firmly to bed. He may on the young side for this role, but his performance grows stronger as his character realises just how deadly this game is. There is genuine chemistry in their sparring and not a few belly laughs as they guide their audience through the ever darker plotting.

Barney George has had a stellar career prop designing on feature film including Star Wars using all that ingenuity as Wyke uses control panels to bring props in and out as the main set twist and turns with the action, The video effects by Simon Wainwright don’t really add a great deal rather jarring with the determinedly old fashioned air of the main set.

This is a perfectly serviceable production that is entertaining, if a little dated, but it does raise the thought whether two regional powerhouses should be doing material like this which might be better placed in commercial theatres.