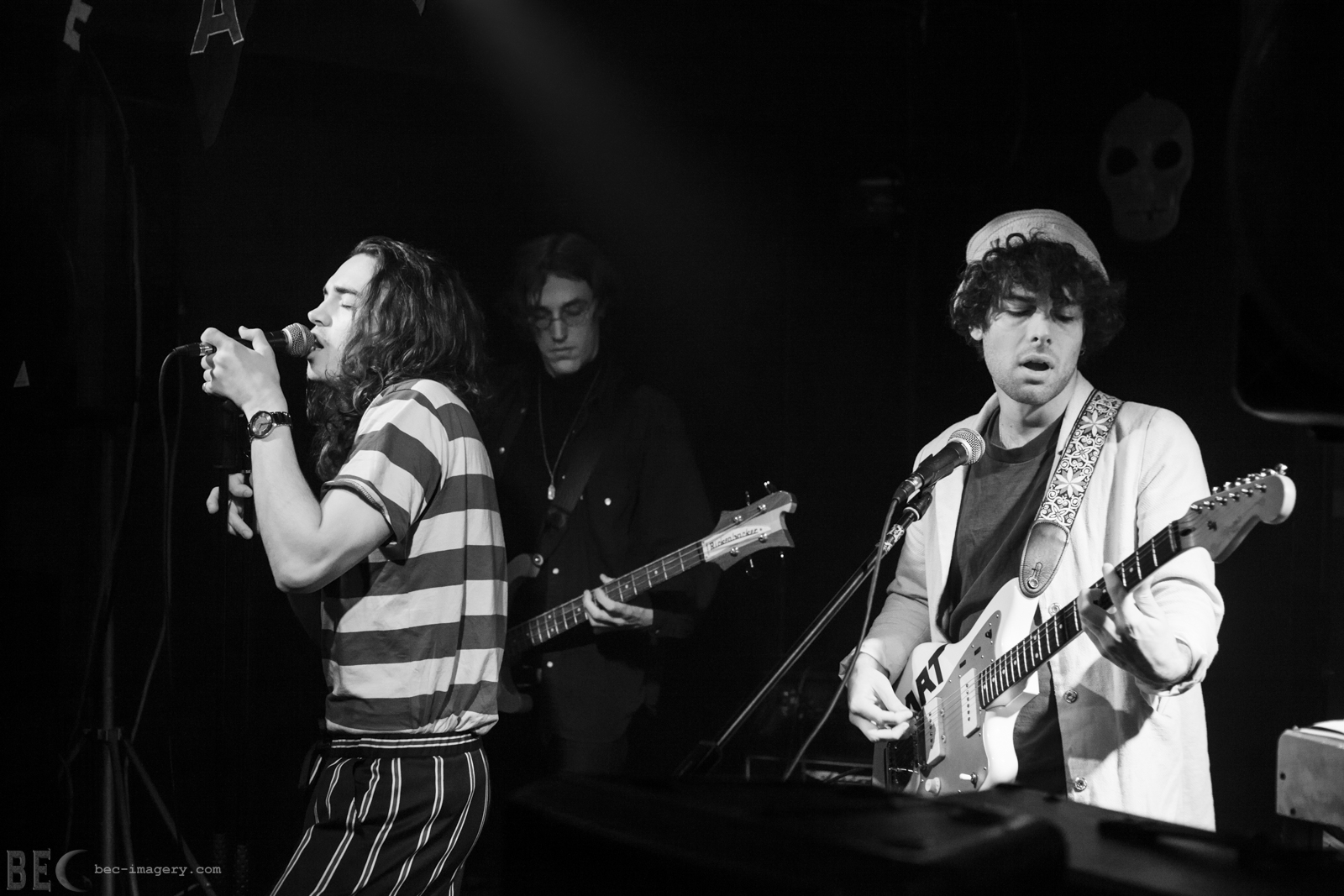 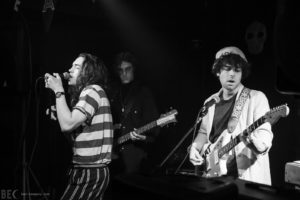 The cold might have kept some of the punters away, but the intimate, grassroots space at Maguire’s is always welcoming. It is in these small performance spaces across the UK that most bands cut their musical teeth; a vital resource for music as a whole. Sleeptalking gave a stunning performance on (and above) the dust-blown stage at Sound City this year and are hot property. To see bands of their calibre in such settings is only a short term proposition and one not to be missed.

Not that Sleeptalking were the only talent on show. The evening kicked off early with a melodic, atmospheric set by Flightworks. Tremulous vocals, full of feeling topped some fine guitar work from this relatively new local band. The finishing track Sandpit was particularly fine and the set as a whole was an excellent way to begin the evening. 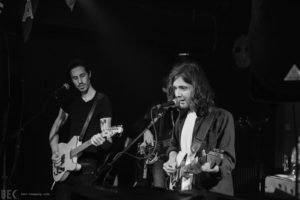 Wife brought a moodier and much gutsier sound to the stage. With dreamlike interludes interspersed with dark and strident vocals, Wife drove through a set full of dirty riffs and inventive changes of tempo. Tracks Old and Heck had doom-laden energy and finishing song Fifty 6:s felt like a 90’s metal masterpiece with a real pomp-rock ending. Another fine addition to the music scene in Liverpool. 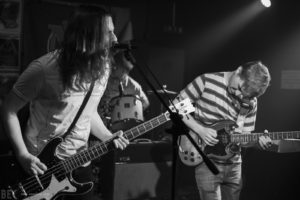 Touring with Parachute For Gordo, Joe Booley was an addition to the original line-up. Backed by his touring partners, he gave a strong set full of melody and heartfelt lyrics. The music was at times forceful, but sometimes had a beautiful, expansive feel. His voice carried the pretty, heart-breaking content perfectly. A really talented singer songwriter, Joe Booley was not always as forceful as some of the other acts but provided a set that had a more thoughtful and accomplished feel. 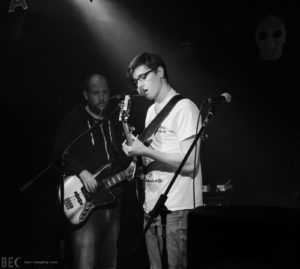 The penultimate act, Parachute For Gordo, had a great, rhythmic energy and indomitable gusto. Mainly instrumental and sometimes verging on a jazz feel, their unique sound made the lack of vocals irrelevant. Hailing from Aldershot, the band had travelled a long way to bring their chunky, up-beat sound to Liverpool. When the vocals did kick in, they were choppy and almost felt like another instrument, rather than a traditional use of voice, fitting perfectly with their style. 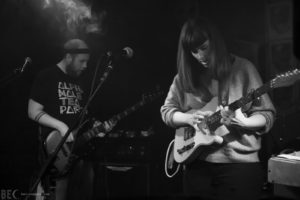 The inventive set won the ‘best song names’ category, with Decoy Octopus and Put Your Hands Up If You Like Sloths, all chock full of post-punk/math rock slipping and sliding of the highest degree; a glorious noise.

Sleeptalking have all the rock verve and personality to stamp their mark anywhere. One of the top five acts on the Saturday at Sound City this year, they are an essential live band to catch while they can still be seen, strutting their immaculate sound, in intimate venues. The music hangs together perfectly, even during a set punctuated by technical difficulties. Sleeptalking are one of those bands where each member brings something really special to the mix at different times during the set; a rock-solid rhythm section; excellent guitar work; exuberant keys, all topped by stunning rock vocals from Tom Nosek, making for a stellar sound. The band have a really ballsy vibe and give an intense performance, even when things aren’t really going their way; a sign of a truly good band. The set started with Acid Is Great and barrelled through tracks like Reptillians and the superb Do It For Love, with its choppy, sliding guitar sound. Tom Nosek strutted like the top frontman he is. Bands need a focal point and, with his rock-god vocals and indomitable stage presence, Sleeptalking have hit the jackpot. The set continued with Aint Over Yet and Glasshouse, before finishing on a triumphal Yes Sir. This band bring a quality product to any stage. 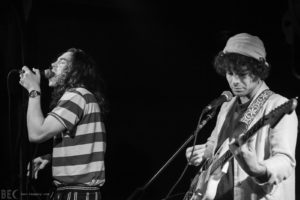 Yeah Buddy! are well known for bringing together some of the best sounds around. The acts here were no exception. A great night full of excellent performances.

All Images by Beverly Cash of BEC Imagery.