Home Blogs Sleeper announce new album/single/tour and celebrate their comeback by giving us their... 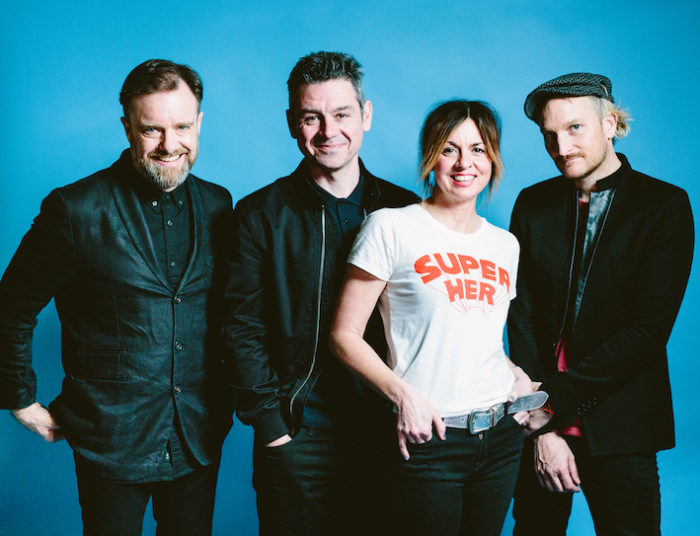 Sleeper (https://www.facebook.com/Sleeperofficially) re-emerge from hibernation to announce new album/single and tour. Caught up in the Britpop era there was always much more to the band and we are pleased to ) have them back. To celebrate they gave us their top 10 favourite albums…
Album ‘The Modern Age’ – released 22nd March – Pre order now on ltd editor coloured vinyl / CD / Cassette
Single ‘The Sun Also Rises’ – available to order now on ltd coloured vinyl 7”
Sleeper store: https://sleeper.tmstor.es/
Tour dates:
21/03/19 – The Garage, Glasgow 22/03/19 – Riverside, Newcastle 23/03/19 – The Liquid Room, Edinburgh 28/03/19 – Engine Rooms, Southampton 29/03/19 – Roadmender, Northampton 30/03/19 – Church, Leeds 04/04/19 – The Venue, Derby 05/04/19 – The Globe, Cardiff 06/04/19 – Trades Club, Hebden Bridge 12/04/19 – O2 Academy Bristol 13/04/19 – O2 Forum Kentish Town, London
Bruce Springsteen : Born To Run. This was my favourite album, growing up.  All that romance and drama and escapism. The songs are stories; which always appealed to me. Springsteen’s landscape was a world away from mine, but there was an underlying connection. The details were different – screen doors and Chevy’s and motorbikes revving – but the frustration with small town life felt recognizable.

Setting Sons : The Jam. In contrast to Springsteen, The Jam felt like they inhabited my world exactly. I thought they were writing about my life. My dad was Smithers Jones. The Wasteland was my little patch of suburban ordinariness. I think you look for songs like that as a teen. It’s someone saying, I recognize you. I know how you feel.

Breeders: The Last Splash – I loved the Pixies but when this came out it opened up so many possibilities for women in bands. The way they use vocal and guitar textures is a bit special, this record is like a big hug from your crazy, weird, genius aunty.

Parallel Lines – Blondie the perfect Pop record – every song crafted with skill and wit, and a sleeve that inspired a thousand bands (mine included). When we met Blondie, they told us their record label had listened to the record and said it had no hits on it.  That’s why they agreed to cover I’m a Gonna Love you Too – proof, if ever it was needed, the majority of A&R men have no idea what they’re doing.

Elliot Smith Either/Or  He made this himself and plays all the instruments on it. An amazing headphone record if you are on a bus or a plane; achingly sad and sometimes just too painful to listen to.

Transformer – The Bowie and Ronson produced classic and the best songs of Lou Reed’s career. It’s the sound of everything going right in a studio. Years ahead in terms of what you can sing about and write about and sexy as fuck in all the right places. My big brother told me the two back cover stars were the same person and I stared at that photo for about three years.

Hole: Live Through This : All the bottled up anger and vitriol and frustration you’ve ever felt, channelled into perfect, glossy pop songs. Courtney Love is forever exposed, raw and demanding. I’m the opposite of that, which is part of why I love this record so much.

Rain Dogs – Tom Waits creates an entire world in one line of a song. “Well she said she’d stick around until the band has just come off, but these mommas boys just don’t know when to quit”

It’s like Steinbeck, Bogart and Marlon Brando started a band with Fellini and John Houston.

Sometimes I sit and Think – Courtney Barnett – Sharp, lyrical honesty, great tunes and killer hooks. The words are direct, unfiltered and clever. It feels simple and effortless like you’re talking to your mate. I’m not always keen on confessional stuff – it can feel self-obsessed – but this is fabulous. So many great lines.

Human Performance: Parquet Courts. I’ve fallen in love with this record. I love its atmosphere. I love his voice and I went through that weird phase where you just play a record over and over until you’re sick of it. If you asked me tomorrow, it might not make the list. But that’s the same for all these records, I think. The list is always changing. That’s the point.