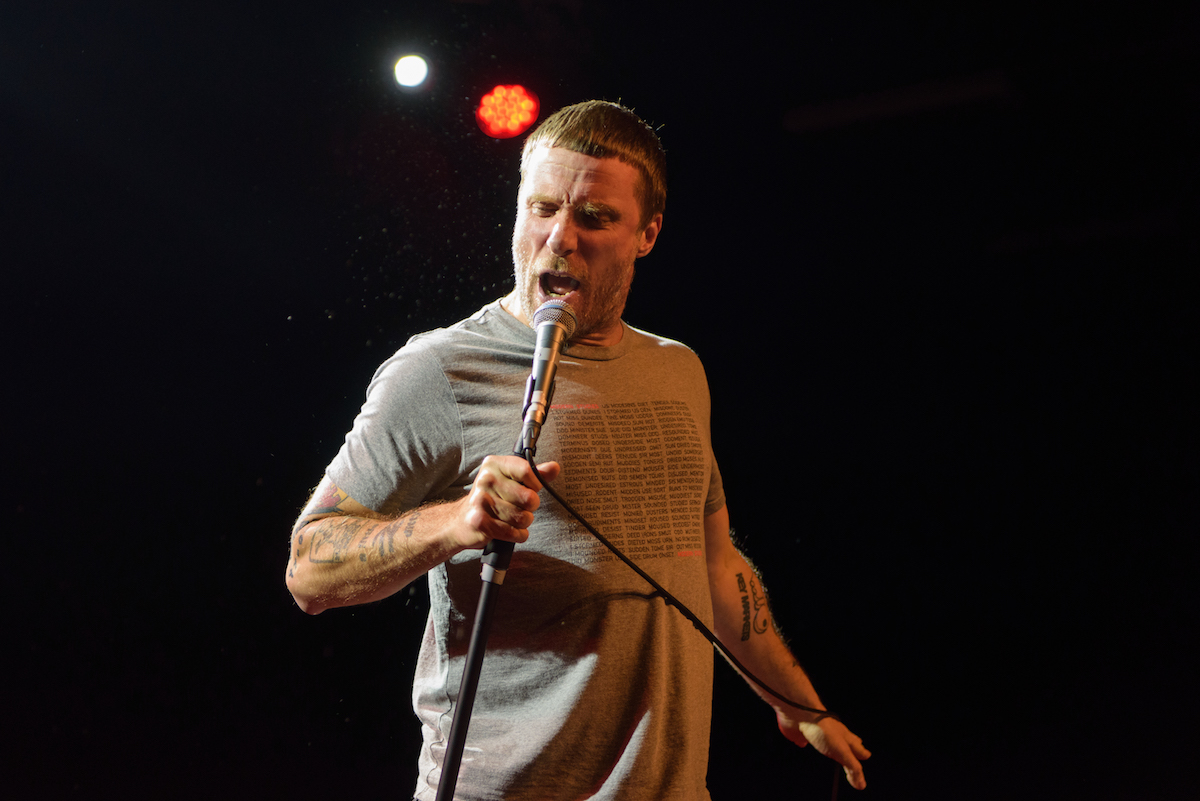 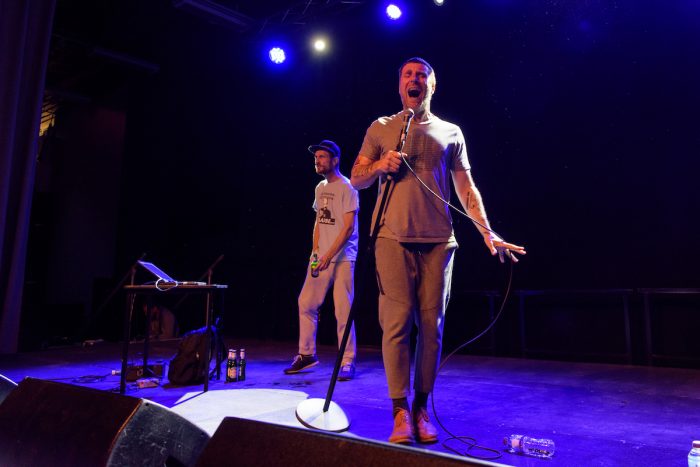 An impressive start to this leg of the duo’s huge headline tour, as they once again prove why they’re one of the most intense and exciting acts the UK has to offer!

Sleaford Mods have continually impressed us since the moment we first heard them. Their current tour proves that, with a slew of huge venues on the cards, that they have become the unlikely success story of 2017.

Tonight we catch the triumphant duo at their sold out show in Newcastle. Opening up are the brilliant Nachthexen, a band who aren’t willing to skirt around the issues that are all too often deemed controversial or taboo by many.

There’s a particular emphasis on mental health and anxiety running through their lively set as lead singer Emma powers through the likes of Debby Downer, Disco Creep and a plethora of exceptional tracks. It’s particularly refreshing seeing such an exciting and high quality band opening up this huge show. Tonight Nachthexen are truly on top form, where others may have faltered their sound and lyrics resonate with the crowd as they win over a number of new fans.

Sleaford Mods are in particularly upbeat form as they bounce on to the stage much to the delight of the heaving crowd, who are in equally fine voice as they relay every lyric back with Jason is in typically excitable form as he delivers every punishing lyric.

Where it has become so commonplace for artists to make heavy political statements mid-set Sleaford Mods anger and angst is conveyed in every track that negates the need for any such outpourings of political beliefs.

The likes of Jolly Fucker, Army Nights and TCR are all particular crowd favourites. However, it’s the likes of Jobseeker and Britain Thirst that prove ever poignant in this current climate. This seems to be reflected in Jason’s delivery with the passion and the power amplified. Jason Williamson is a true tour de force, his anger so heavily reflected in these prominent tracks but carries through the rest of the set.

It’s a set performed on a knife edge, Sleaford Mods once again proving why they’re one of the finest live bands the UK has to offer. As they tear through a riotous rendition of B.H.S the whole crowd are left in full voice chanting in an expectant manner desperate for more and the duo gleefully oblige. It caps off an intense set in a particularly emphatic manner as they close out on the brilliant Tweet Tweet Tweet. Sleaford Mods never fail to deliver and tonight they went above and beyond with this incredible set.