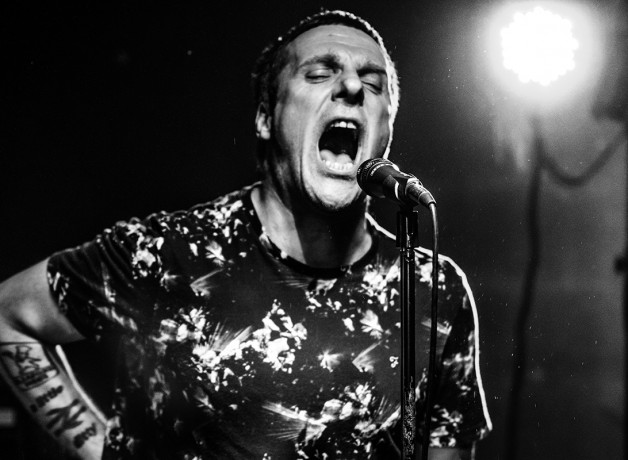 Sleaford Mods: Invisible Britain, part band doc, part look at the state of the nation, follows the Nottingham band on a tour of the UK in the run up to the 2015 General Election and visits places which probably don’t even exist in the minds of many – the neglected, broken down and boarded up parts of the country that most would prefer to ignore.

Taking its cue from the likes of Patrick Keiller’s extraordinary Robinson Trilogy, the wanderings of Iain Sinclair, and J.G. Ballard’s comment “The future is just going to be a vast, conforming suburb of the soul”, the documentary is a combination of conversations with the band, live gig footage, interviews with fans, and an in depth study of what individuals and communities are doing to resist and campaign against so-called austerity measures.

Sleaford Mods: Invisible Britain shows the most exciting and uncompromising British band in years sticking two fingers up to the zeitgeist and articulating the rage and desperation of those without a voice in austerity Britain.