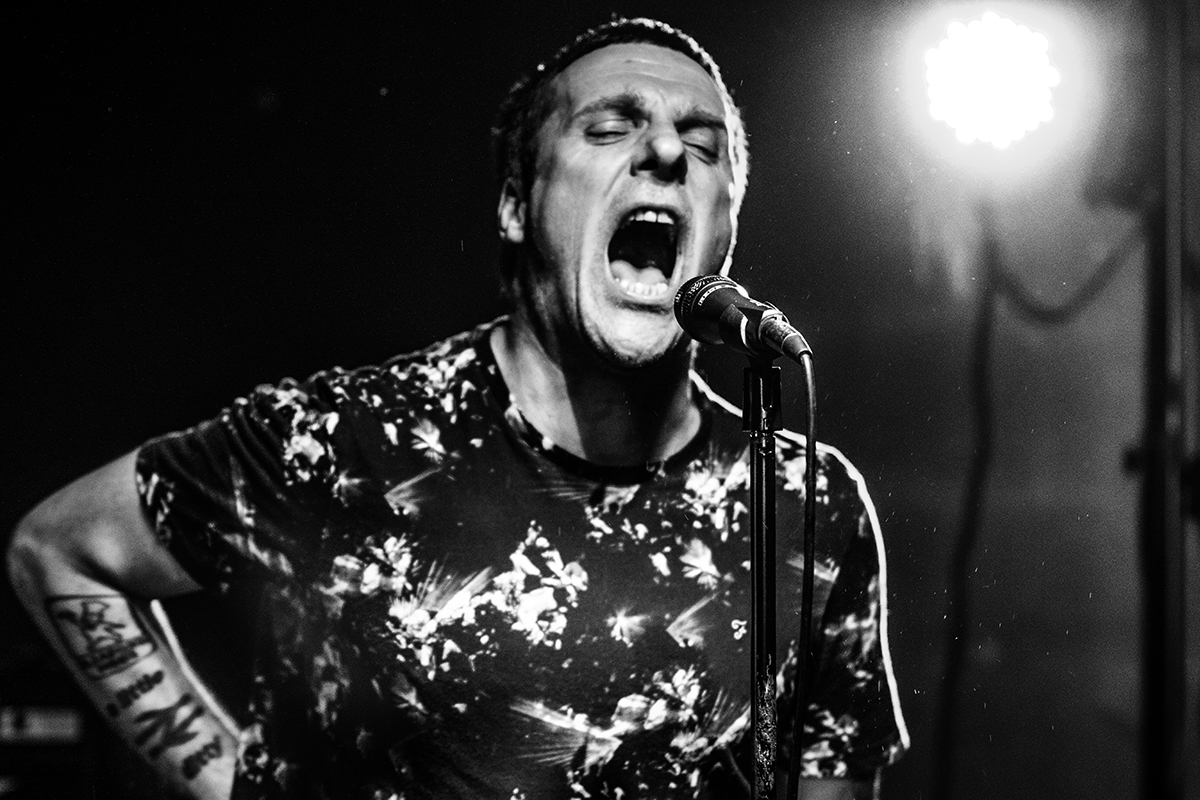 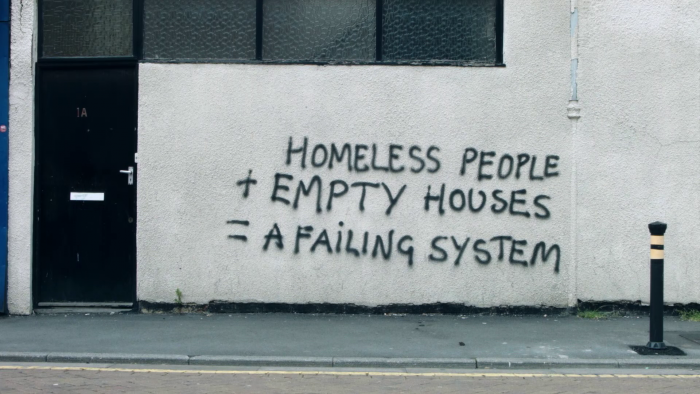 The wheels are off. We’re hurtling towards World War 3. The Eton mess are in power and whilst those golden fleeced 1% cream the wealth, the rest of us struggle with the burden of what it is to live in the UK. Through this narrative emerge two (anti)heroes. Speaker of truths. Mirrors built of skin and bone, spouting free-form poetry and barbed wire syllables over corrosive beats and DIY patterns. To some they are the antithesis of what music should sound like (what? no guitars mate? no middle eight? fucking rubbish) to others they are the truth and this gang are getting bigger and bigger.

Sleaford Mods are the perfect band for these far from perfect times and Invisible Britain is the film “they” don’t want you to see. More The Filth and the Fury than *insert generic tour doc here* Invisible Britain picks at the spot of Broken Britain and reveals the ugly truth within whilst also giving us enough hope to convince us that there is a chance we can change things if we just properly unite and form community.

Community is the main thread that runs throughout the film. We visit areas such as Barnsley and Scunthorpe, decimated by failing politicians. Communities torn apart by the establishment whether that be through lack of funding, of ludicrous laws like Joint Enterprise or by just basic lack of concern for those that live there yet there. However, there is another side to the coin and as this film so succinctly shows, community can be your most powerful ally. It can be found in residents joining forces to support each other either by charity initiatives, by people caring about the education and prospects of those discarded, or it can be found at a Sleaford Mods gig.

Split into distinct sections, and filmed during the lead up to the last general election, we get a whole cross section of interviews with people who not only have their shared love of the bands music but also have something to say about this sorry state of affairs we find ourselves in. Always interesting, it is these sections that frame the film. Make no mistake, this is not a documentary in the sense you get a few differing opinions and you as a viewer are left to make up your own mind. From the opening titles (a JG Ballard quote) and narration you instantly know what the film makers, Nathan Hannawin and Paul Sing, objectives are and which side of the divide they are on.

The live footage in the film is exceptional as it puts you right in amongst it really giving a viewer the true sense of glorious carnage that is a Sleaford Mods gig. Some are there to use the band as a tool of catharsis, others are there to stand and absorb the message but no one looks like they’re not getting something out of it and that’s all that matters when it comes to a performance.

Invisible Britain is a lo-fi, well aimed shot at the dwellers in the ivory towers. It balances the dual narrative very well with neither one (band, society) ever getting the lions share of the running time. A vital document of a vital band in vicious times, it makes you despair and rejoice in equal measure.