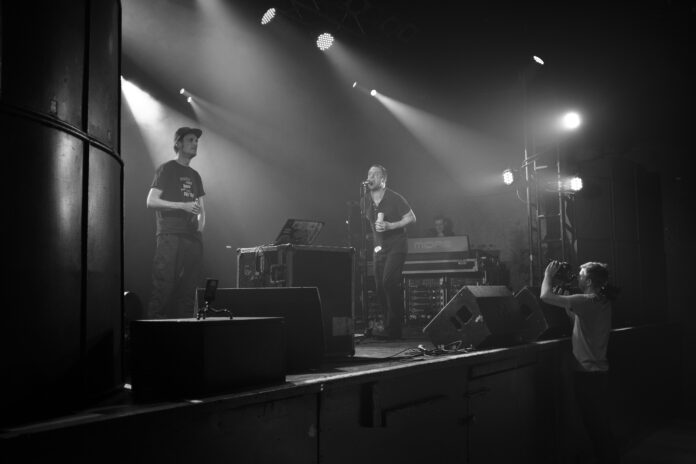 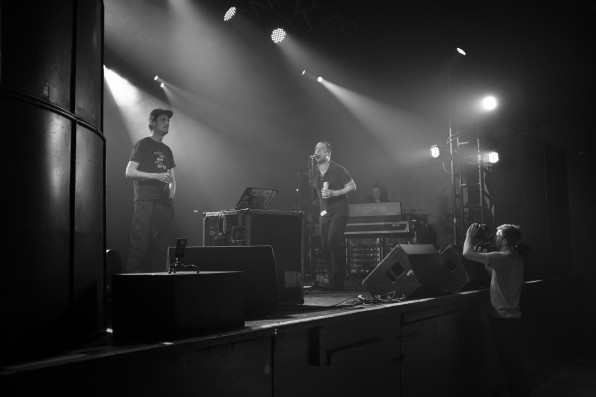 As regular Louder Than War readers will know, we are big fans of Sleaford Mods so we’re extremely pleased to see that there is to be a documentary film made about the duo and their latest tour. The film is being made by Velvet Joy Productions and they’re using crowdfunding to finance the project.

Full press release and information on how to donate are as follows:

Velvet Joy Productions have announced a new documentary: Sleaford Mods – Invisible Britain. The film is to be funded via crowdfunding site Indiegogo and will follow the Nottingham band on their upcoming UK tour, beginning in late February.

Taking its cue from the likes of Patrick Keiller’s extraordinary Robinson Trilogy, the psycho-geography of Iain Sinclair, Mark Steel’s in Town radio programme, and J.G.Ballard’s comment “Feel alive, drive around the M25!”, the documentary will combine live footage, interviews with fans, and scenes in and around the towns and cities that the tour visits. It will tell the story of how the most relevant British band in years stuck two fingers up to the zeitgeist to voice the silent majority’s growing anger at ineffectual politicians and diluted popular culture.

Co-directors Nathan Hannawin and Paul Sng first met the band in 2014, when interviewing the pair in Brighton. Paul explained how the documentary came about:

“After hearing that the band planned to tour places which other artists always neglect, the small untrendy towns that most people don’t even know exist, we thought it would make a great basis for a documentary; not only about the band, but also focusing on the state of modern Britain and how neglect has become something that is accepted by society, rather than challenged.

“After meeting a number of fans at their Edinburgh gig in November, I realised how much Sleaford Mods mean to their audience – there’s a genuine belief in what they say and do, a mutual respect that goes beyond the usual artist and audience dynamic. They represent Britain in 2015: not so much broken as smashed to pieces, the whole country is teetering on the edge of a massive nervous breakdown.”

Sleaford Mods frontman Jason Williamson has thrown his support behind the film:

“This documentary is a good thing, an insight into an ‘actual’ band, fucking about, working, no gloss, no bollocks. This is music.”

Those who wish to donate towards the film’s funding can visit their Indiegogo page.

The filmmakers are offering various incentives to backers, including limited edition DVDs, signed and numbered prints, special edition t-shirts plus opportunities to appear in the credits. They’re also keen to hear from any Sleaford Mods fans interested in appearing in the film who will be attending any of the shows on the tour – they can be reached via email here: velvetjoyltd@gmail.com.