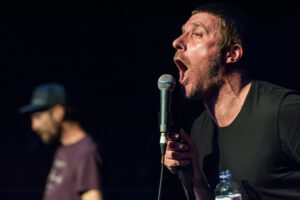 And so it continues…
The latest victim of the Labour Party membership suspensions is Sleaford Mods frontman, Jason Williamson, for “online abuse”

It comes as Jeremy Corbyn supporters makes claims of a “rigged purge” ahead of this month’s party leadership election.

A Corbyn fan he is the latest in a string of Labour Party supporters and members who have been banned from voting in the leadership contest because they do not “share the aims and values of the Labour Party.”

Williamson called the Labour Party “absolute scum” for its decision, which he also described as “weak”.