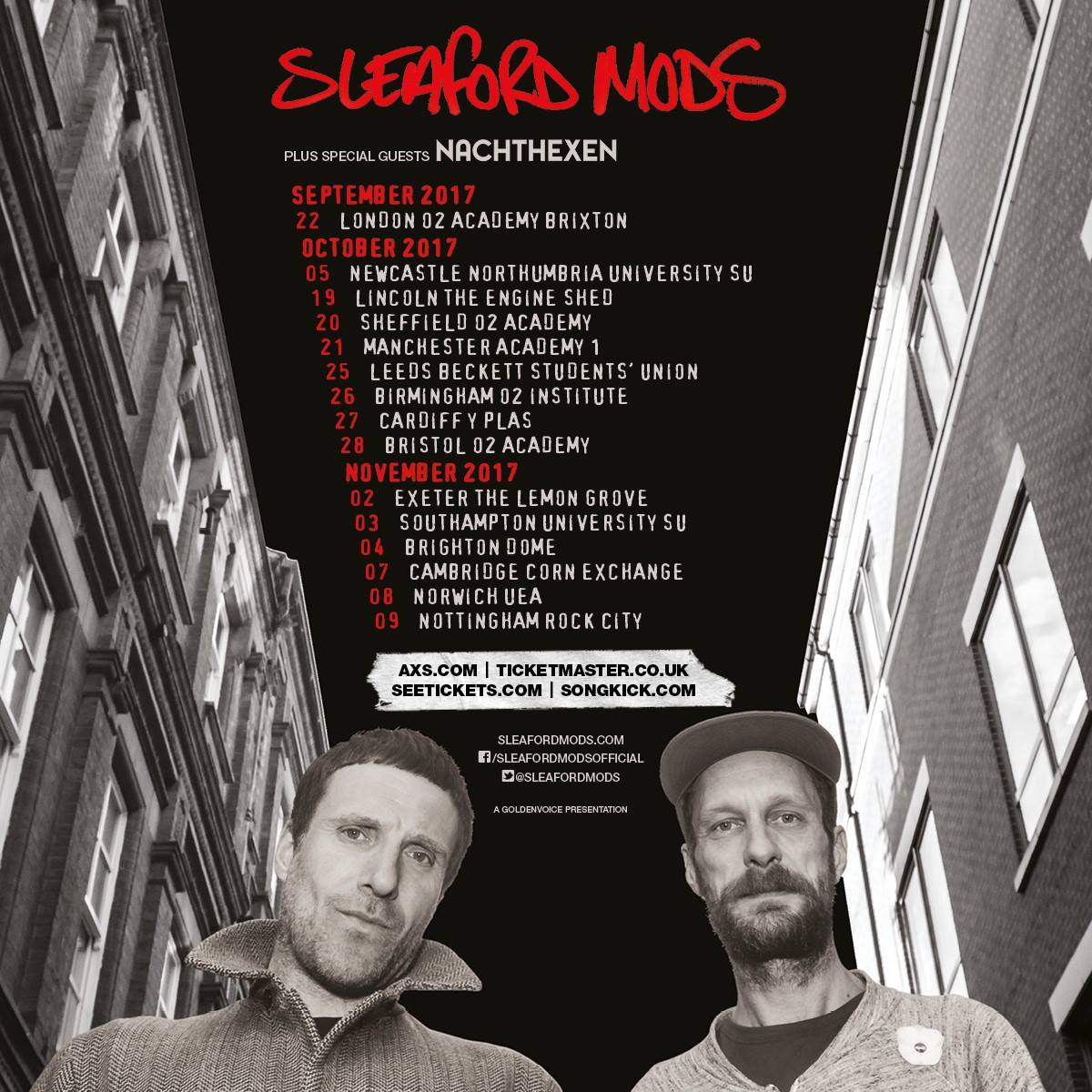 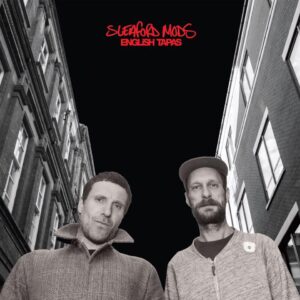 Nottingham nutters – and huge LTW favourites – Sleaford Mods unleashed their latest collection of cathartic carnage, “English Tapas”, today. As tickets for their biggest tour ever also went on sale they took a trip south to celebrate and Nick Holmes was there amidst the mayhem.

Kingston is a leafy, historic and picturesque Surrey suburb in south London, home to mostly wealthy types. As the spring sun shone on numerous large and expensive houseboats moored on the posh end of the Thames something darker descended upon the town, for a few hours at least. It was day of the underdog – and the undercat.

Simpering grannies and gabbling schoolchildren queued up at a shopping centre to coo at at a cute cat. Not just any cat. Famous feline A Streetcar Named Bob made a public appearance to launch the DVD of his autobiographical film. The star breezed into the HMV store on the shoulder of his owner James Bowen, a formerly homeless drug addict who met Bob when both were at rock bottom in life. Their remarkable story has touched the hearts of countless people around the globe, and while James dutifully shook hands and smiled at the types who may have ignored him on the street just a few years ago, Bob sat cosily in a small bed observing nonchalantly.

Hours later it was the turn of a much less polite prospect. Sleaford Mods have been building a following for a decade, and since musician/programmer Andrew Fearn joined in 2012 they have sailed closer and closer to becoming stars themselves. Jason Williamson may have mixed feelings about such levels of attention, but according to Iggy Pop they are “undoubtedly, absolutely, definitely the world’s greatest rock n roll band”. They were late arriving at the Hippodrome and several hundred punters shivered in the street as a hasty soundcheck boomed from inside the venue. First signs of rock star diva-ness? Probably more bloody roadworks on the way down the motorway.

Before the main event two young brothers timidly entered the stage. Edward and Peter Simpson are the key components of Circuit Breaker and theirs is definitely a talent to watch. Rooted with eerie heavy bass sounds from the laptop the short set was like one long unbroken track, with nods to the sounds of Nine Inch Nails, Aphex Twin and menacing “Mezzanine”-era Massive Attack. The pair’s shared vocals veer between Dave Gahan-style flat baritone and higher cries and yelps a bit like John Lydon. After placing the guitar by an amp to emanate feedback the lads politely said “thankyou” and scarpered.

The simplicity of Sleafords Mods’s set up allowed a fast turn around. As the room rapidly filled cheers greeted the sticker-covered laptop on and upturned bottle crates. A deafening roar went up as Andrew and Jason appeared. Then it began. A furious and fiery forty-five minutes of aural abuse that was almost as bowel-shaking and ear-splitting as Motorhead. Yes, that loud.

Andrew must have the one of the luckiest, easiest jobs in the world right now. Stood in Chief Wiggum “Simpsons” T-shirt and baseball cap, laptop on, press play. Sway to the music and swig a bottle of beer, all with a Cheshire-cat grin. Meanwhile his brother-in-arms Williamson rapidly grew into a frenzied maniac. Circling like a huffing bull, bowed in the “kettle” pose of arm behind back and head forward, a bizarre backward duck-walk. It is something like watching a drunken uncle in the pub or at a wedding. The odd dancing and the ranting, where folk would say, “Don’t get him started. Don’t mention politics.”

Too late. As every sinew and blood-vessel bulged to bursting point Jason roared his way through a set that flew by in a flurry of sharp rhymes for dark times and, of course, foul language. Opening with the rapid march beat of new song “Army Nights”, the beered-up boisterous crowd bounced off each other and chanted like football fans to the likes of “TCR” and topical new tune “BHS”, taking aim at capitalist greed personified by Philip Green. After a truly incendiary “Jobseeker” that was pretty much it.

“I am usually in bed by this time!” claimed Jason. “You can’t have your money back! I can get in car and fuck off. You’ll never see me again. Except in a mag. With me tits out. Like that innit?” Prophetic words?

As the duo approach their half-century birthdays it is an indictment of modern rock music that it takes these middle-aged malcontents to spit in the face of the establishment so vociferously. They have said as much themselves. For now Sleaford Mods are a screaming wall of sound against banality with Fearn’s booming tunes and Williamson’s stream-of-conciousness indignation. On World Book Day he reminded everybody one does not need to be posh or expensively-educated to be articulate. What, what?

The Sleaford Mods live experience is vicious, visceral and utterly vital. They go to the USA next. Goodness knows what Trump’s America will make of them.

“English Tapas” is out now. Full details at Banquet Records

Tickets are on sale now here 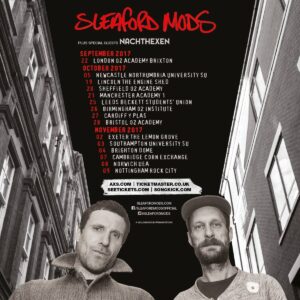