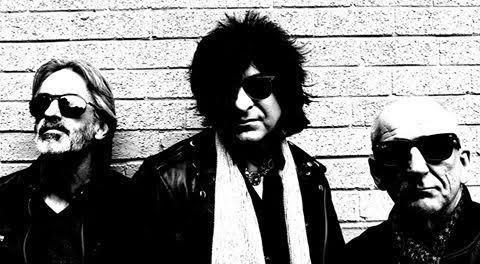 Moz – Following on from the sold out 40TH Anniversary reunion gig of the original line up of Slaughter and the Dogs in 2015, it was decided by original drummer and bassist Brian Grantham and Howard Bates to enlist one of Slaughters former singers Ed Garrity and re visit the 1981 album ‘Bite Back’, that was released on DJM records. The result has created a reborn Slaughter UK after several months in the studio rehearsing some of the old tracks and also writing new material for release later in the year.

The SATD reunion was originally a one off gig which culminated in a second gig in front of a full house at the Winter Gardens in Blackpool at Rebellion in 2016. Slaughter and the Dogs since 1996 has always been Wayne and Mick and different musicians over the years have joined them as the Rhythm section so playing the reunion gig was always going to be the special one. 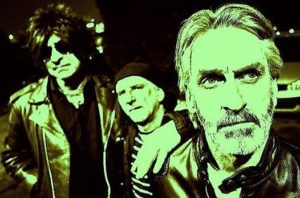 Always promoted and intended as a one of reunion Wayne and Mick continue to tour and promote their new album Vicious. However many fans requested that they would like to see Howard and Brian continue in some form and so the decision to re visit the often forgotten songs on the Album Bite Back was made once they had recruited Eddie back on to vocals.

The launch of Slaughter UK takes place on Friday the 14th April at Sound Control in Manchester and joining them as special guests will be former Manchester Glam Punk band V2.2 also relaunching themselves after many years in hiatus. V2 were stable mates of SATD back in the day with both bands releasing 12in single on the Manchester label TJM Records. V2 also were special guests of SATD back in 1978 at The Forum in Wythenshawe so a fantastic combination of nostalgia is guaranteed.

Tickets priced £14 are available from mauricemurray@sky.com or e tickets direct from Sound Control.