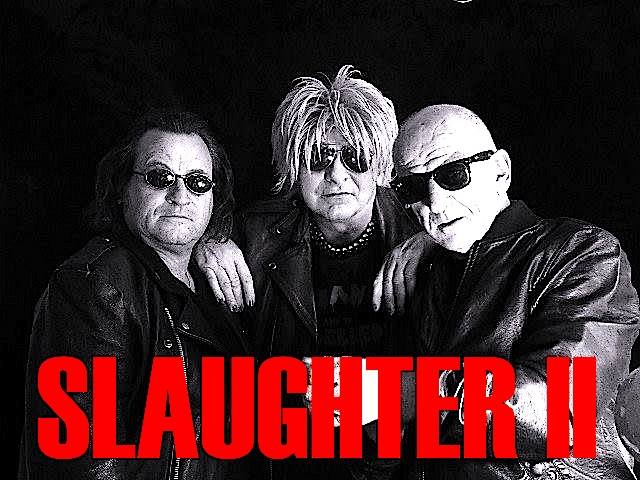 Slaughter II formed from the remains of Slaughter, after original Slaughter & The Dogs bassist Howard Bates left citing musical differences earlier on this year. The band consists of Edweena Banger, formerly Eddie Garrity from Ed Banger & The Nosebleeds, who replaced Wayne Barrett in the original line-up in 1979, and Manchester’s number one punk drummer and original member Brian Grantham. Brian also drums for The Drones and of course the reformed Nosebleeds whose Legal High album we reviewed back in March. Confused? As well you might be. Edweena told me when I picked up the CD that the new album is the de-facto follow up to The Dogs’ 1980 album Bite Back. 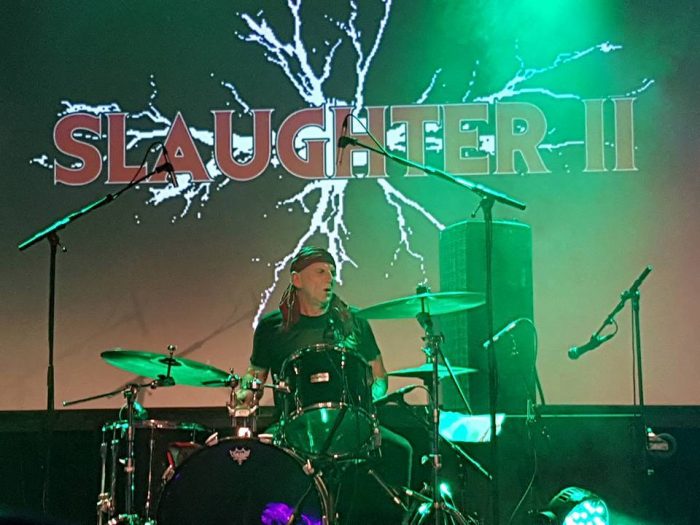 The band have been playing gigs in and around Manchester incorporating such classics as Cranked Up Really High and Where Have All The Boot boys Gone? This album sees them with new ex-The Rascals bassist Rick Sullivan installed, taking to the studio once more to record a fresh batch of, well I guess you’d call them Bangers! 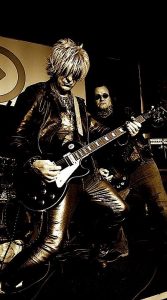 Opening with the feedback induced Crazy That I am, it’s a wham bam thankyou mam collection of classic British punk that transports you back to the 1970s. Instantly accessible and slightly rockier than you’d expect, the band, essentially ‘The Dogs’ Mark 1V, deliver a well-crafted suite of high octane tracks that have been nearly 40 years in the making!

There are some familiar motifs. No Holding Back reminds me of The Tights’ Howard Hughes and My Life evokes the Velvet’s White Light/White Heat. Jack Daniels takes it a little slower with a mid 70s pub rock feel, Coming Back sits squarely in Cranked Up’ territory, while God Save us reminds me of an original Drones track.

The album closes with New World, another solid track with the heart and spirit of the original band running through it. An album that demands comparison with the best of Manchester punk, it’s enormous fun. Stick it on in the car and you might get to your destination that bit quicker!

Try and catch the band live, if only to see some true original Manchester punks still kicking it. 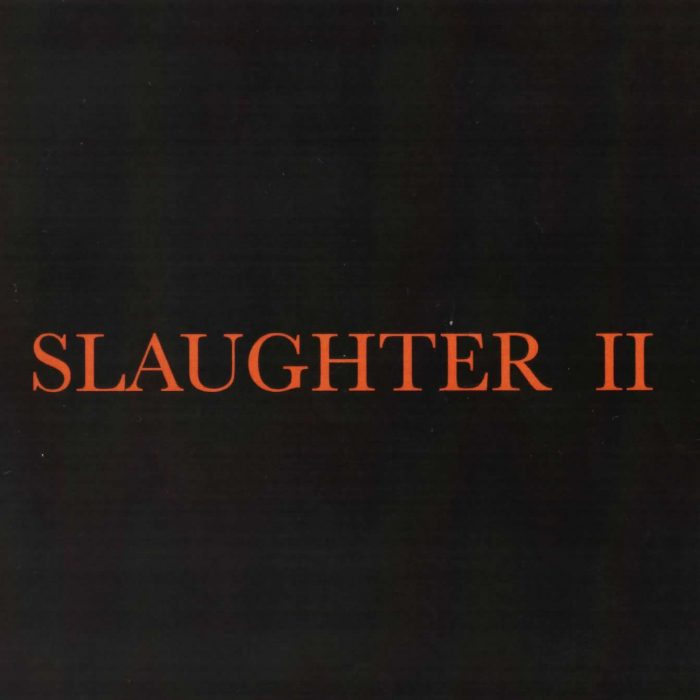 All words by Nigel Carr©,  Photos by Edweena – More writing by Nigel on Louder Than War can be found at his Author’s archive. You can find Nigel on Twitter and Facebook and his own Website