Home News Slaughter And the Dogs announce acoustic gig and in depth in conversation... 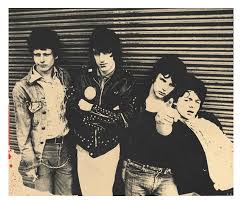 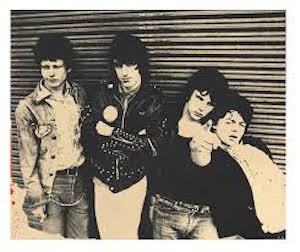 Wayne Barrett & Mick Rossi – Setting The Record Straight: An Acoustic Evening with exclusive in conversation with John Robb that sets the record straight about one of the key Manchester bands , Slaughter & The Dogs and more!

Legendary Manchester band, Slaughter & The Dogs return to Manchester this summer for a one-off show with a difference.

The band, cited as a major influence by the Stone Roses, the Smiths and Green Day, amongst many others, were at the sharp end of the original UK Punk scene and their appearance with the Sex Pistols at the Free Trade Hall, a clutch of classic singles and renowned must-own debut album, ‘Do It Dog Style’ are the stuff of legend and… one or two myths!

The band, now based in Los Angeles, USA and Lyon, France are back on UK soil briefly as a headline attraction at the hugely successful Rebellion Festival (7-10 Aug ’14, Winter Gardens, Blackpool), squeezed in between early Summer European dates and a full blown US tour in the Autumn.

In the case of the Manchester ‘Setting The Record Straight’ show, Mick and Wayne will perform as a duo, mixing stripped down acoustic versions of selected ‘Slaughter & The Dogs’ classics with a selection of songs that influenced them in the early years, growing up on the streets of Wythenshawe.

Guitarist Mick Rossi takes up the story: ‘We’ve always striven to do a warm up show in around Manchester when we’re in the UK for Festivals and it’s been great to play really cool, smaller venues such as the Night & Day, MOHO Live and The Witchwood, alongside bigger spaces like the Academy. But this time around we’ve already been invited to play a warm up as a full band in Wakefield. We realised, with this in place, it’s given the long overdue opportunity to do a more intimate type of show where we can tell our story… bare bones. Me, Wayne, a couple of acoustic guitars, some great songs and stories.’

Journalist and musician, John Robb (Goldblade, The Membranes) will host what promises to be a great evening for both ‘Slaughter & The Dogs’ fans and anyone with a passing interest in the history of Manchester music scene.

Founder member and vocalist, Wayne Barrett: ‘John’s a great guy who we’ve known for some years and he’s interviewed us before, so he was the obvious choice, really. Plus, he’s Manchester through and through, which is important. I can’t wait!’

Tickets, only £12.50 in advance, will be available from the venue website from Friday 23 May.

Full details and booking via www.soundcontrolmanchester.co.uk