Home Film and TV Brilliant Festival Of Silent And Visual Comedy Returns With Special Salute To... 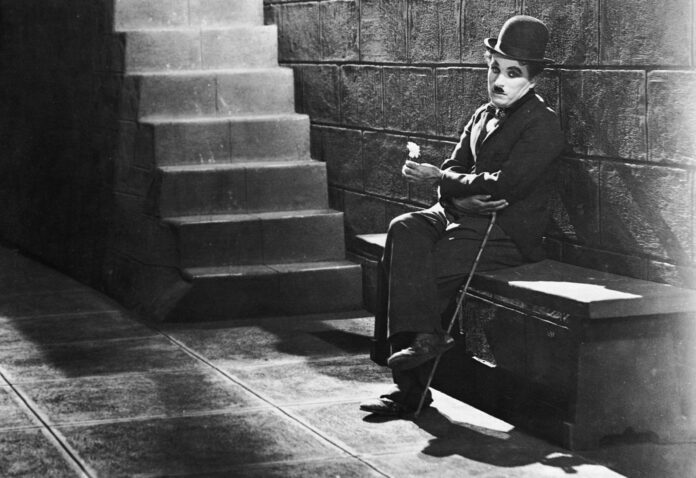 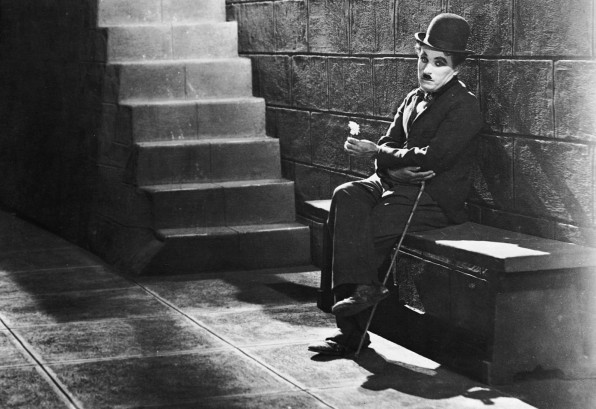 Next weekend, the 24th – 26th Jan, many contemporary stars from the world of comedy will be descending on the city of Bristol with one goal – to celebrate the silent funny men and women of the silver screen under the banner “Slapstick Festival”. Here, one of the organisers previews the festival, this year celebrating 100 years of Charlie Chaplin’s “Little Tramp” character, and explains why it should be a must for all fans of comedy.

Comedians who have been feted at Slapstick Festival over the last decade, since it’s inception, include names familiar to all of us. We’re talking the likes of Buster Keaton, Harold Lloyd, Laurel and Hardy and arguably the greatest of them all – Charlie Chaplin. That these comedians have had a profound effect on contemporary comedy is evidenced by a cursory glance at the list of comedians (at the festival website) who have voluntarily given up their time to come and help celebrate silent comedy with us over the last ten years. 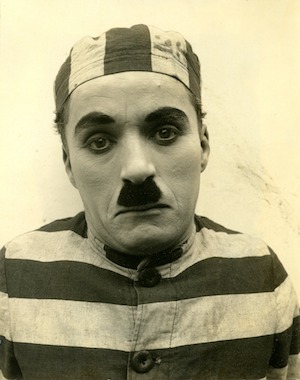 When I describe Charlie Chaplin as “arguably” the greatest of them all I do so advisedly – there are definitely those who disagree. But one thing that no one attending this year’s festival will disagree about is that the main slant this year should be to celebrate him. The reason for this? Because 2014 marks exactly 100 years since the world was first introduced to his most iconic character – The Little Tramp. That’s why the gala event at this year’s festival will be screening, in full, one of indisputably the greatest films of all time, City Lights (1931). I can think of no other film that’s managed to marry the deeply moving and the wonderfully funny so effectively in the entire history of film. Indeed, the critic James Agee has referred to the final scene in the film as “the greatest single piece of acting ever committed to celluloid”.

Not content just to screen one of the landmark films of world cinema though, Slapstick Festival has also invited along a 39 piece orchestra, The Bristol Ensemble, to perform at the gala where they will be playing Chaplin’s own score for the film. This chimes with one of the basic tenants of the festival – to accompany every screening with live music, just as it would have been back in the day. You’d have thought all that, as well as a short by Laurel and Hardy and an exclusive screening of Max Davison’s Pass the Gravy, would be enough. But one other thing the festival is renowned for is getting contemporary comedians along to effuse about the silent stars of yesteryear, hoping that by doing this people who may not otherwise come along would do and that we’d accrue new fans for the Chaplins, Keatons, Lloyds etc. And the fact that we’re going to sell out 1500 tickets for this gala is proof that this policy works. Previous gala hosts include Michael Palin, Victoria Wood, Griff Rhys Jones and Rob Bryden – and this year it’s the turn of comedian, actor and Chaplin admirer Omid Djalili’s turn. Omid said:

“I’m a huge fan of silent screen comedy and of those early comics who brought it to the screen. It’s a particular treat to be introducing a Charlie Chaplin tribute in the centenary of his debut as the little tramp. ‘City Lights’ is a true masterpiece of comic cinema and when I heard it was being accompanied with Chaplin’s original score and a 39 piece orchestra, I couldn’t say no”.

But that’s just one event – there are many more exciting shows lined up across the four festival venues and the best advice is to go check out this page on the festival Website for full details.

One of the most hotly anticipated shows this year is a celebration of Buster Keaton. Titled “Lost Keaton Goodies” it features long time festival friends, The Goodies, telling us why they love Buster Keaton so much. It’ll also include six minutes of previously lost and unseen Keaton footage receiving it’s UK premiere and a world premiere of an episode of Keaton’s The Gorilla Man (1950). Other “Slapstick” comedians featured will be the brilliant Constance Tallmadge, Lev Kuleshov (comedy gold from the former Soviet Union!), Raymond Griffith, Max Davidson and Harold Lloyd – as well as a grand total of four shows dedicated to Charlie Chaplin, one of which is an event for children over the age of six hosted by Kate Guyonvarch.

All in all eleven of the sixteen shows focus on comedians from the silent days of film. However, a few years ago the festival branched out to include events focussing on more contemporary examples of physical and visual comedy – generally films and stars that and who have obviously been influenced by Slapstick comedians. Being Bristol and as Aardman is one of the festivals biggest supporters (for instance they make the festival “trailer” every year – see above) it made an awful lot of sense, following the success of last year’s “Grand Appeal,” to have a show in the festival about Gromit. Titled “Gromit: Silent Comedy Canine” the event stars Nick Park CBE talking to Radio 4’s Matthew Sweet about his creations best Slapstick moments. The show will include the whole of A Grand Day Out with improvised music by world renowned silent film accompanist Günter A. Buchwald.

Monty Python has been a theme of recent festival’s and this year we’ll be showing The Meaning of Life (with an intro and after-show chat with Python star Terry Jones). Withnail & I will be closing the festival, for which we’ll be bringing together Paul McGann (a huge fan of silent cinema) and Ralph Brown in conversation with Phill Jupitus. Both these screenings will be in Bristol’s Old Vic Theatre. It’s a mark of the festival organisers seriousness that they’re prepared to invest a lot of their time and money in converting the theatre into a cinema. Tim Vine will also be at the festival telling people “Why I LOVE Benny Hill” and Harry Hill, obviously a great fan of physical comedy, will be picking his Top Comedy Moments. Of the show Harry has been quoted as saying:

“There’s going to be a mix of everything in there … Obviously Laurel and Hardy were a big influence on me and still are, but I will also be turning to the modern masters of physical comedy – Vic and Bob.”

This year’s festival promises to be the biggest and best ever and that tickets have been selling so well thus far is very encouraging. Would be great to see some Louder Than War readers in Bristol next weekend.