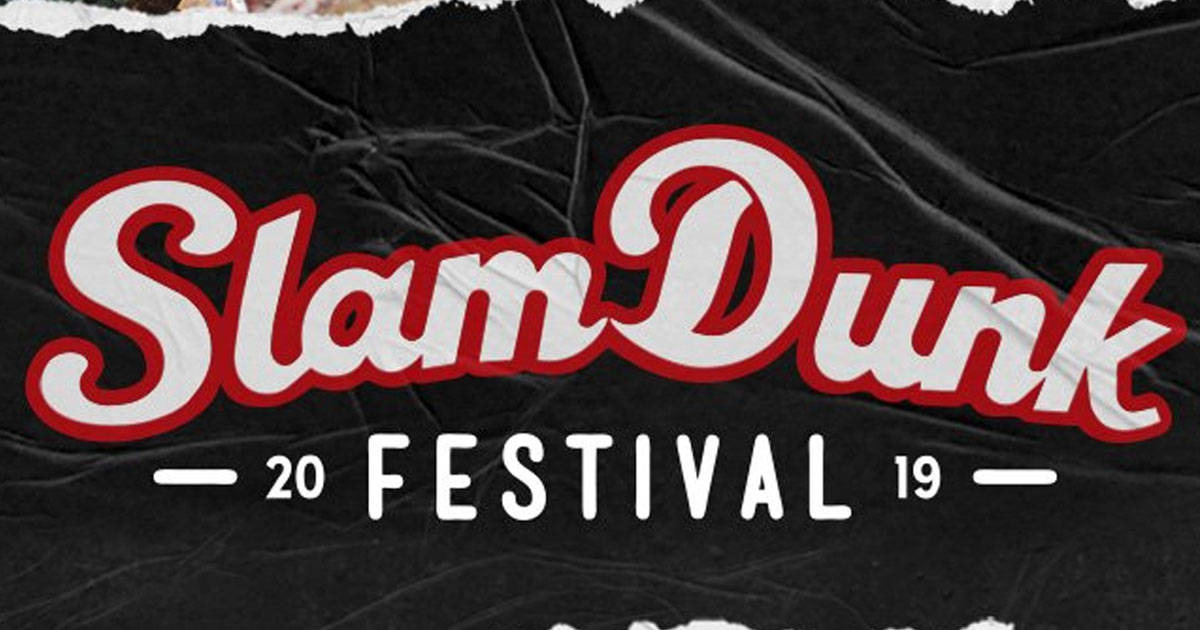 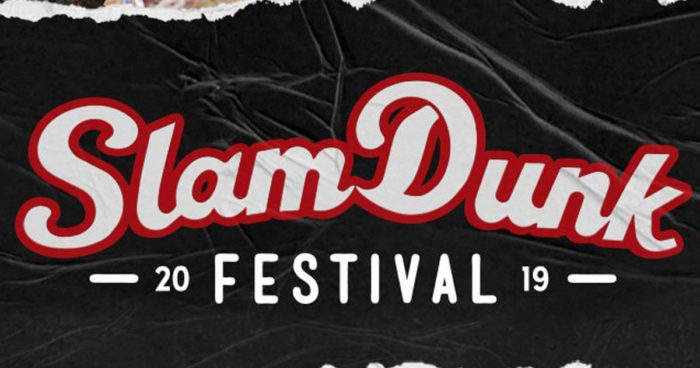 Slam Dunk 2019 sees the pop-punk extravaganza move from the multi-venue University of Leeds to the outdoor location of Temple Newsham Park for arguably its best year yet. Louder than War’s Dave Beech was there.

Though clearly showing my age here, there was a time (and not too long ago) when festivals still felt alternative (though rarely subversive), when arriving on site felt somewhat like a homecoming and when subcultures mixed alongside the heady aroma of cheap weed, cheaper cider and a distinct lack of personal hygiene. Now it seems, at least for those more corporate events, that homogenisation is the key to black bank balances, and that playing it safe with rehashed line-ups is much preferable to taking risks on anything exciting.

It’s here that Slam Dunk has managed to carve out a near perfect niche for itself.

A festival that by now should need little introduction, Slam Dunk has been pulling in the punters since 2006, before really picking up steam in 2010. Dedicated to all things pop-punk, hardcore and emo, with liberal smatterings of various other genres, it feels like a continuation of Reading & Leeds Festivals much-missed Concrete Jungle stage; fitting given that this year sees the festival relocate to Temple Newsham Park – the first home of a then more alternative Leeds Festival.

It’s a wise move. Leaving behind the confines of Leeds University, organisers have ensured the festival feels more spread out, and ultimately much less claustrophobic than previous years. And though such an alternative, punk-based line-up might well lend itself to assumptions of DIY organisation, Slam Dunk’s infrastructure is such that bigger events of recent years could learn something from them. In fact, the only complaints would be one or two more bars, and quite a few more bins/recycling points.

Of course, it’s bands not bins on which festivals really sell themselves, and this year Slam Dunk have completely outdone themselves.

With a line-up that literally spans four decades, there’s something for everyone on offer across the festival’s stages. From the 80s punk of Bad Religion to Simple Plan’s ‘00s Nostalgia; the uncompromising bite of Glassjaw’s post-hardcore, to the So-Cal ska punk of The Interrupters. And while it might be difficult to imagine any of Leeds’ Festivals indie boys or dance heads enjoying themselves, there’s also the distinct lack of attitudes and atmosphere that have plagued festivals in recent years.

The day starts with something of an unexpected set however. With speculation in the lead up surrounding a secret set by a mysterious Y3K, eagle eyed or obsessive fans soon deduced that this was probably Busted (yup, the three fringe-y lads from the early 00s that smashed the state with synchronised jumps!), and as we arrive at the festival a heaving Key Club stage proves this.

Though 50% of the crowd is quite clearly there out of curiosity, its also obvious that the other half of the crowd still quite clearly love this band, and probably wouldn’t be at the festival without them. It’s a testament to the organisers that they should book such a band (however much it might have started as an in-joke) and a testament to the crowd that not a single heckle could be heard. Even the couple of crusties that saunter passed crack a bemused smile on their way to see Anti-Flag. It’s a wholesome start, and one that sets the tone for the rest of the day’s proceedings.

Elsewhere, Cancer Bats draw an impressive yet young crowd for their mid-afternoon set, wasting no time in whipping their crowd in to fervour. For those of us somewhat long in the tooth however, it does feel a little paint-by-numbers hardcore, with only the odd track finding the same groove that makes the likes of Gorilla Biscuits so irresistible. The closing duality of ‘Sabotage’ and ‘Gatekeeper’ ensure that their set ends on a high, and even though it seems somewhat familiar, it’s great to see a band who will undoubtedly turn the younger generation of hardcore fans on to likes of Dag Nasty or Black Flag.

Over on the Punk in Drublic stage, Gainsville ska punks Less Than Jake ply their always-infectious trade with a set that takes in almost everything you’d want them to play. Upbeat and optimistic, it’s the perfect antithesis to the grey clouds that form, and inevitably break, overhead. With tracks like ‘Nervous in the Alley’ and ‘Johnny Quest Thinks We’re Sell Outs’ going down as well as ever, it’s impossible not to crack a smile.

Having spent longer than intended watching Less Than Jake, it gives us little time to peruse the impressively varied array of food on offer, before heading over to the Dickies stage to catch its headliners, The Menzingers.

Arguably one of the best bands around at the moment, period. The Philadelphia punks finally found their sound on 2012 album On the Impossible Past, before perfecting across Rented World and After the Party. It’s this trio of albums that form almost the entirety of tonight’s set. With each song rapturously received by a baying crowd, the likes of opener ‘Tellin’ Lies’ or ‘The Obituaries’ are sang back in such a way that tells you their modern punk classics, while ‘After the Party’ verges on the transcendental.

Having seen The Menzingers grow as a band over the last ten or so years, it’s fitting that they should headline a festival stage, and the huge crowd in front of said stage is a testament not just to the band’s popularity, but to how much they mean to so many people.

It’s a shame then, that over on their Punk in Drublic stage, headliners NOFX seem to fall flat; both sound-wise and personally. Despite a set compromised of 23 songs and plenty of classics, it’s hard to see the band’s relevance in 2019. Given our position towards the back of the crowd however, it’s possible that the sound didn’t carry as it should, and those towards the front may have had a different experience entirely.

Closing with a cover of Bad Religions, ‘We’re Only Gonna Die’ we head to the buses safe in the knowledge that Slam Dunk’s move to an outdoor festival has allowed it to become hands down one of the best festival’s we’ve been to. Coupled with the fact that The Menzingers managed a stage-stealing show that confirmed them as quite literally the best band of the day, it’s easy to see why the festival’s as popular as it is. Same time next year?