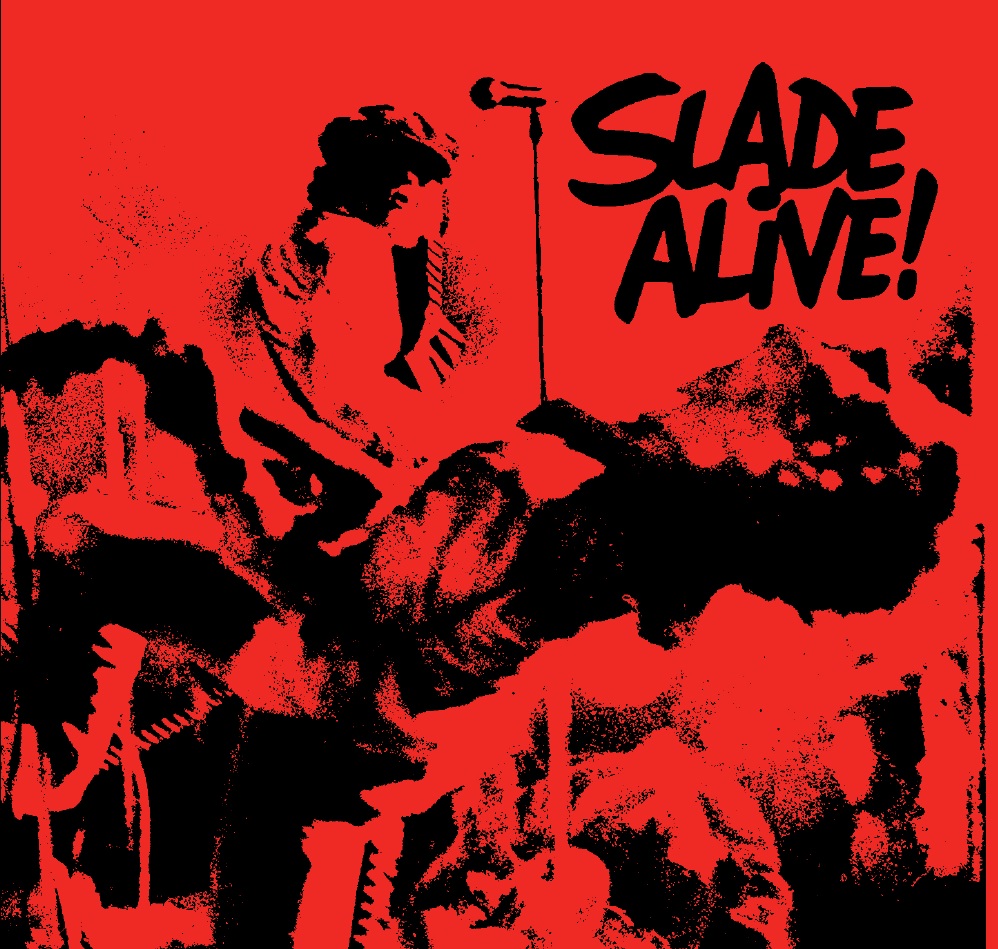 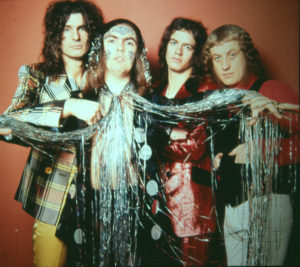 It’s remarkable but true that, despite all the singles success that Slade enjoyed (and they enjoyed a serious amount), the one album that their fan base would always agree as being their best is one that was recorded shortly after their first Number 1, and one that contains only Get Down and Get With It of their legendary hits. Slade Alive is also frequently named as one of the greatest live albums of all time and it will be re-released by BMG in late September as part of their Art of the Album series.

I recently caught up with Slade drummer Don Powell who was happy to confirm the status of Slade Alive among the fan base and also reminisced about the recording process.

Don: “We’d already released an album called ‘Play it Loud’ which didn’t really do anything so because we had such a good reputation as a live band, it was our manager Chas Chandler’s idea to release a live album. We thought it was a great idea but didn’t know how to go about it but Chas put the feelers out and found a studio called Command which was actually a theatre that only held around 200 people but was set up for live recordings. We put the invites out to the fan club as it was in those days and we booked it for three nights with the aim of picking the best from each night to make up the final album. As it happened the whole album is the second night, we just thought that was the best and it all worked out perfectly. There was a great atmosphere in there and we were just playing our live show from the time so it was all like second nature and a live album just seemed the right thing to do.

It did massively well at the time. It was in the top 3 in the Album Charts for a couple of years and at one stage Slade albums were vying for top spot. Nowadays, when we’re touring the world, that album is still the one that everyone talks about, it’s still the one that most people bring to get signed. I can’t explain the popularity of it really, it’s just a bog standard, honest live album. We just went in and did it and that was it but maybe that was the appeal, the honesty of the whole thing.”

Another striking feature of Slade Alive is the fact that the track list consists of only two Slade originals, the rest being covers from the likes of Ten Years After, Lovin’ Spoonful and Steppenwolf.

Don: “It is a little strange when you think about it but that was our set at the time. We toured with Ten Years After in the 1970’s and Alvin Lee told us that he made more money out of our version of ‘Hear Me Calling’ than he ever did from the Ten Years After original as it was such a massive album. But we had been playing these songs for a few years before and we had them nailed down so it just sort of worked perfectly. 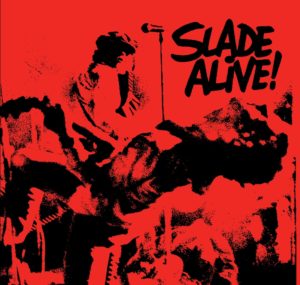 For a musician growing up in the 1950’s and 60’s in England, there must have been a range of influences that you took on?

Don: “When I was young, just finding my way as a drummer, the two guys I was playing with at the time, Eddie and Mick, were older than me so they turned me onto Eddie Cochran and Buddy Holly. I’d been listening to sort of Billy Fury stuff down the youth club but hearing Buddy and Eddie just changed my whole musical outlook really. I suppose each generation has its heroes or people who shape their musical tastes and they were certainly mine. I would say that especially Eddie Cochran records influenced my drumming. There’s nothing special there, just straight down the line rock and roll drumming, but it’s just the power of the sound that struck me and what I tried to bring into my drumming.”

The late ‘60’s and early ‘70’s in the West Midlands is “one of those periods” in music history with the emergence of a number of influential bands and styles alongside yourselves. Did you feel part of a scene?

Don: “Oh yes, I remember playing with The Move before they even became The Move and the original Moody Blues with Denny Laine and Mike Pinder. Everyone was on the scene and we would all meet each other at New Street Station in Birmingham after gigs. There was a caravan open until 2 or 3 o’clock so all the bands knew where they could get something to eat. All the vans would be parked up and we’d all be sitting there having a chat about how the night had gone and swapping stories. It was a great time. Ozzy has said about the influence of the industry in the area on the music and I think he’s right. It was a working class area and we were playing straight down the line rock and roll and it just connected with people around the world.

Slade were very much of the “Glam-era, but were never a Glam band.

Don: “I would certainly agree with that. OK we were a bit colourful for a while but we never really embraced all that Glam stuff to be honest. We were a rock band and serious about what we did and the fact that we stood apart from the more extreme elements of Glam helped us to get the more serious work that we did later. We kept our feet on the ground even during the height of our success. We were having Number Ones in 1973 and still living with our mums and dads.

Sometimes fame made things a bit difficult, if I was visiting my sister’s crowds sometimes would gather but it all worked out ok generally. It was the price to pay but we were in our home town and all our mates were around so it was all usually fine.”

From being a regular hit machine in the Early to Mid ‘70’s, things quietened down a bit before what has become one of the great Festival appearances at Reading in 1980.

Don: “Well we did spend quite a bit of time in the US before that and lost some ground in Europe. We were playing smaller places because we wanted to play and then it was just a fluke that we got the Reading gig. We hadn’t worked together for a few weeks and then Nod called me up to say Ozzie had dropped out of Reading and we were the replacements, which I thought would be interesting. We got together for a couple of days and then we just went for it. We had nothing to lose as we were last minute additions to the bill but that meant we didn’t have any passes. We were just walking through the crowd with the punters and then we got backstage and people were asking what we were doing there and we told them we were actually playing.

What was great was the BBC were recording the festival so we bought the tapes from them and released them as a single and that’s what helped to bring us back again really. We had nothing to lose, we hadn’t done anything in a long time, and we just went for it and it worked for us.

Looking at music today, a number of people have named Slade as influences, not least The Ramones, Kiss and Oasis. How does that feel?

Don: “I’m really proud of that to be honest. Funnily enough a few months ago, we bumped into Noel Gallagher at Heathrow and he came over and said “I’m a massive fan”. We just said thanks for all the comments he made about us and had good old chat and a cup of tea with him. It was great.

I went to see KISS recently and Gene Simmons has always been very kind in his acknowledgement of our influence on the band. Apparently they used to come down and watch us at the New York Academy of Music and they decided they were going to get our show and take it further. 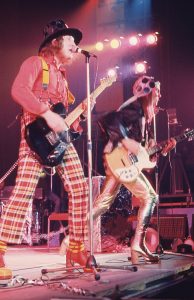 Don: It’s just a great Rock album that captures the essence of what we have always been about.

Slade Alive is released on 29th September 2017 as a BMG Art of the Album Deluxe edition on vinyl LP with a 6-page 12” booklet and CD with hardback cover and 28-page booklet.