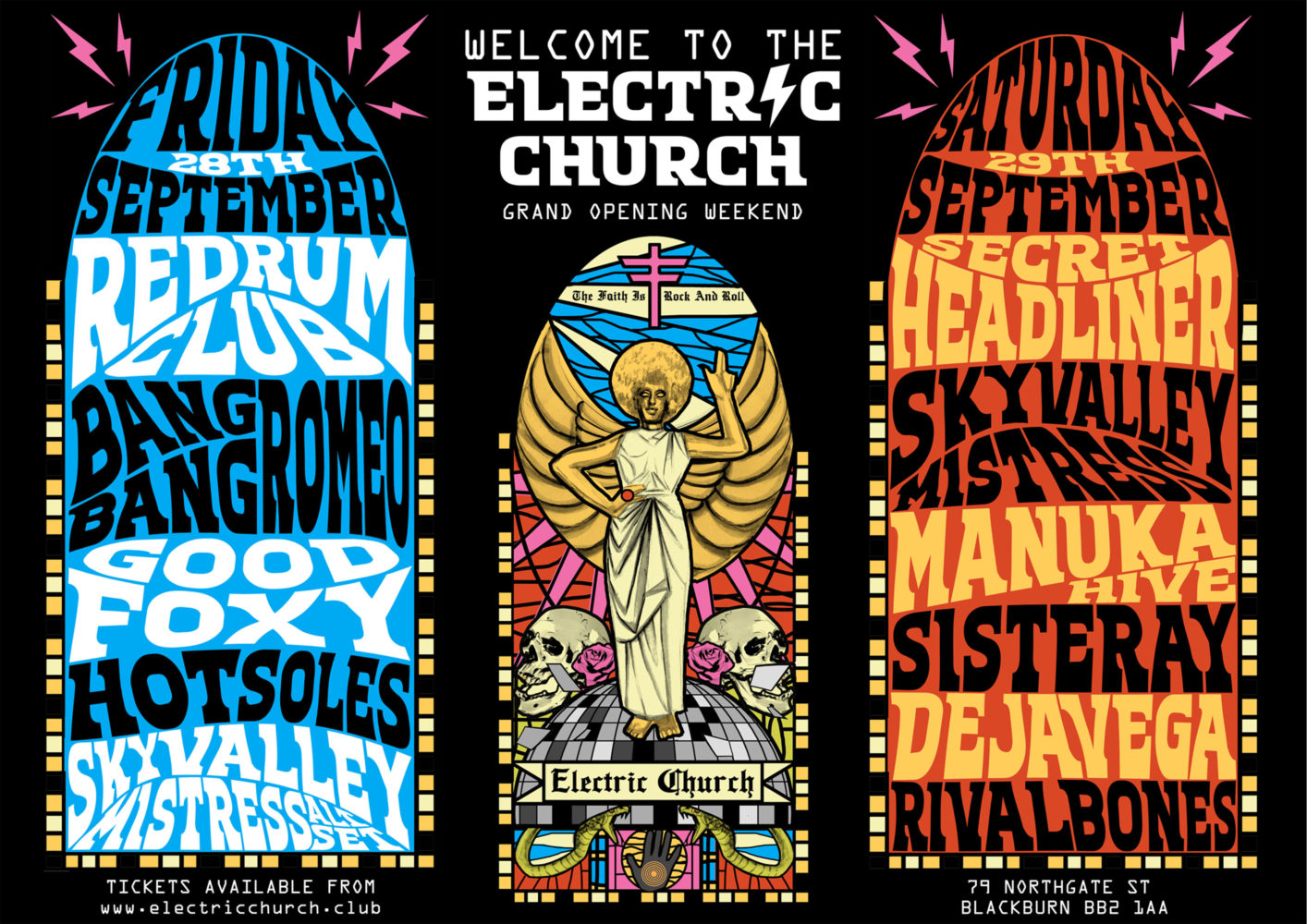 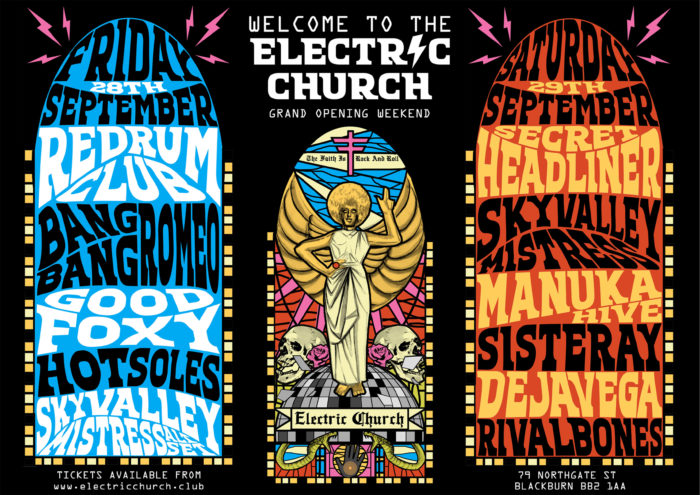 This September Blackburn will welcome a brand new independent live music venue called the ELECTRIC CHURCH in Northgate as part of the town’s regeneration scheme. Resurrected by Blackburn’s own Sky Valley Mistress, with first class facilities including a brand new state of the art sound and lighting system, the Electric Church will play host to emerging talent, local artists and established acts to become one of the regions most sacred gig spots.

Some of the UK’s biggest management, promotion companies and agencies will be showcasing their rosters at the Electric Church as part of the Music Venues Trust fight back campaign. Beautiful Noise Global will be one of the first bringing Stillia & The K’s on Saturday 3rd November, two of Manchester’s hottest new bands that have graced some of the biggest festival stages this summer with regular sell out shows across the country.

This Feeling will also bring the UK’s most rock and roll night to Blackburn for the very first time on Friday 12th October. Known for supporting some of the hottest live bands, Noel Gallagher has described This Feeling as “The best club in the world to see future rock and roll stars”. The line up will include The Velvet Hands with ‘Strokes-­‐esque riffs and high-­‐ energy swagger’ -­‐ Gigslutz. More bands to be announced.

The venue will also host a series of nights dedicated to some of the biggest names around. Saturday 13th October features the music of two Factory Records legends, True Order & Happy Mondaze (New Order & Happy Mondays tributes) followed by a DJ set featuring Manchester icons from across the decades.

27/10/18
Halloween Dractacular w/ Sick Sick Sick!
Songs for the dead with a Queens of the Stone Age tribute and Desert Age DJ set

25/11/18
Mr. B The Gentleman Rhymer / The Acousticles
Mr. B brings you Chap-­‐Hop, reacquainting Hip-­‐Hop with the Queen’s English from whence it came 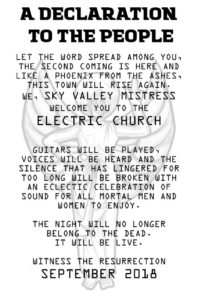