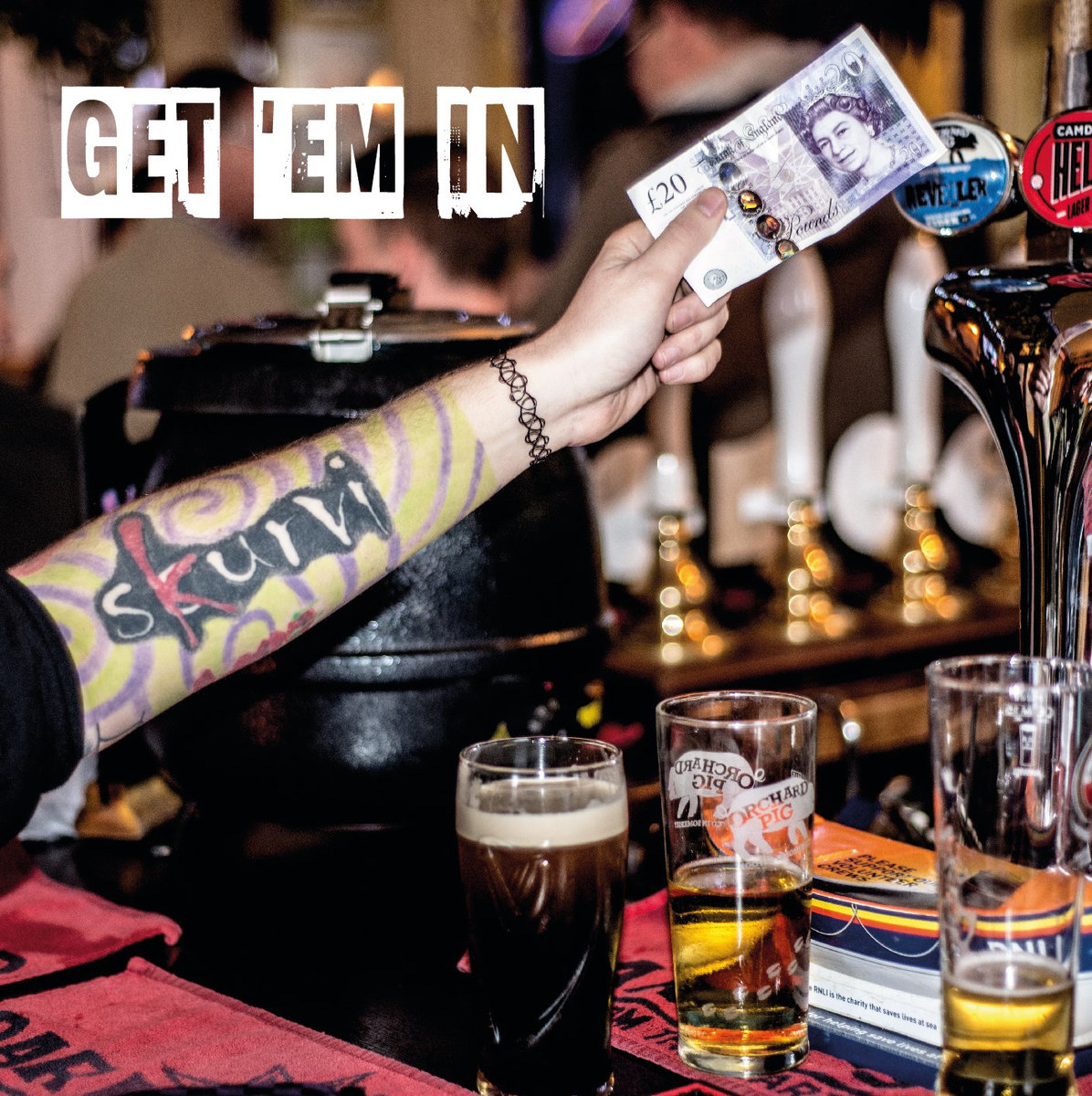 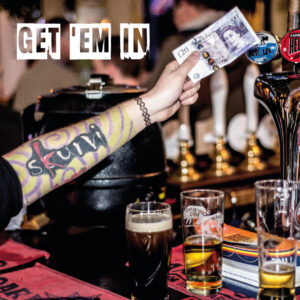 I saw one of my old punk-rock Pompey brethren in the pub the other day, before going to see the majestic Misty In Roots play an absolutely brilliant set of chilled-out, old-school, conscious reggae.  ” I’m looking forward to this..” he had said, confiding conspiratorially. ” Sometimes I get a bit fed up with punk rock”.  I agreed with him wholeheartedly.

It has been 40 years after all.  Since we were 12 we have followed every single twist and turn, every sub-genre and crossover that ‘punk’ has made and loved a lot of it, but all this 40th Anniversary nonsense has just left me feeling old and cynical.. and a bit disillusioned about how punk is viewed in general.

Then, as always happens, a new bit of punk-rock makes itself known.  Skurvi’s album plopped on my doormat….

I didn’t expect much. Another bunch of youngsters having a go. I suspected they had read my review of  Five Go Mad, who they had played with at Bash the Bishop.  I gave the CD a spin.

By track four or five I was hooked. I loved it.  This is what it’s all about: Fast music, catchy songs, wit, simplicity and a genuine, unfettered joie de vivre  that other music lacks.. Every song the-same but-different.  Simple, effective songs with catchy choruses and call and response or woah-oh-woah backing vocals.  Songs about drinking, the daily grind, the police, the opposite sex and taking the piss. There are distinct  Cockney Rejects and Cocksparrer influences but also some touches of Buzzcocks/ Rezillos and only the smallest hint of American Rancid or NoFX. Basically it’s possibly the best UK Oi! album for ten years or more.

Despite song titles like ‘Work’ and ‘Skinhead’  Skurvi don’t adhere to the rules/stereotypes and cliches of the much-maligned genre.  Its not too working-class-warrior and its not too comedy-heavy (Macc Lads style).  I hesitate to say it but it very Pop (catchy songs, singalongs, big choruses) because  Pop-Punk has become a dirty-word as it has come to mean American pretty-boys being marketed like a Boy Band. Skurvi do have a pretty-boy guitarist with Harry Styles-style hair but the rest of them are just young geezers who don’t make an effort to present themselves as ‘punk’ as in the mohawks and studs, cliched kind of way.

The important thing is though, that the songs are great.

The one called ‘Skinhead’ for example is an anthem for the prematurely bald -who end up ” a skinhead by default”.  It takes the piss and is sympathetic to their plight at the same time.

‘Drunken Nights’ celebrates the camaraderie of  bands and drinking whereas ‘Alright’ acknowledges the lows of alcohol addiction, but in a high-energy piece of music.

‘Work’ bemoans low wages and workers being treated like shit.  Songs called ‘Wanting More’ and ‘Better Way’ are self-explanatory,  aspirational and inspirational.   “I’m looking for something to believe in”.

“Snatch Squad” is about riot police tactics inflaming peaceful protest and the “Snatch-Squad” chorus reminiscent of the Rejects Police-Car,  echoing as it does the Nerr-Narr of aforementioned vehicle.

‘She’s Coming’ (home with me my friend) is a song about young-male mating rituals in drinking establishments, but like ‘Her’, the other song about ‘birds’,’ avoids being disrespectful and using old-fashioned terminology like what I just did.

On their own songs Skurvi do adhere to the Bernie Rhodes advise to the Clash, “Write about what you know, about your lives..” and they do it well. Succinctly, honestly and framed with great anthemic tuneage.

Nice to see that veteran, legendary ex-Vibrator and producer Pat Collier worked on the album, which helps make it, as I said, one of the best 21st Century UK Pop-Punk’n’Oi! albums I’ve heard for some time.

Hangover!  Roll over!  Game Over!

Skurvi have a bandcamp with some of the album here. A Facebook here. And buy the CD from here.