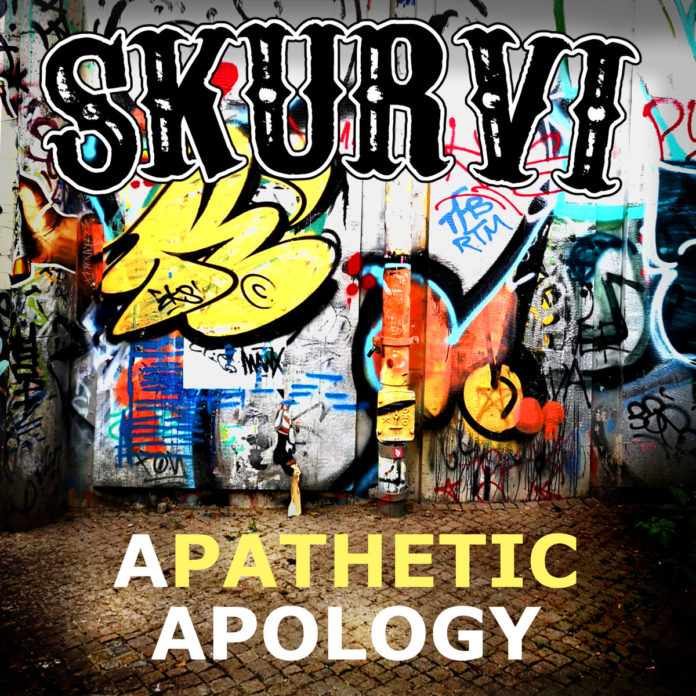 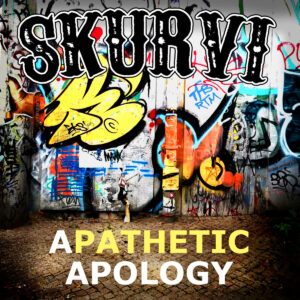 Skurvi are simply a great, no nonsense punk and Oi! band with a knack for a good tune and a bit of character.  They are kinda the Buzzcockney Rejects, if you like.

(They have the distinction of being the only band which I like (and rave about) that both my wife and my best mate also love, when normally they dismiss anything I love as OK or shite.)

There is a far bit of ‘friction’ in the punk scene at the moment.  Young and righteously right-on versus old, self-righteous old-school. But Skurvi fall into neither camp. They are young-ish (late-20’s?) but Old-School in musical style – traditional tuneful. singalong punk’n’oi, but don’t rely on slapstick, chauvinism and cliches.  They just play fast, unpretentious music with lyrics that alternate between take the piss and talking sense.

After a great album, Get ‘Em In (one of the best 21st Century UK Pop-Punk’n’Oi! albums I’ve heard for some time – said some twat on LTW)  and a new drummer, here is a six song EP, which sees them going up a gear.  Each song is a winner.

Catch 22 seems to be about traditional dependence on alcohol and cigs:  Stuck in a catch twenty two / As long as there are cigarettes and booze.

Dirty River laments the passing of someone or something dear: its not the same without you here.  But the energy and pace of the song gives away no trace of vulnerability.

Enemy doesn’t explicitly name the foe  – it’s only when you look closely at the lyric it becomes clear:  If its red white or blue / What exactly does that mean to you / You stand for hate /  You stand for greed / But you don’t, you don’t stand for me.   Skurvi don’t get on a soapbox – they just voice their views with great big catchy punk rock tunes.

Gunshots is about stupidity and guilt and he realisation that life is short and the worst could happen to you.  Somewhere bloods been spilt, and I’m dealing with guilt

The fans favourite is arguably the best new punk rock song about (being a family-man but retaining your teenage obsession with) Football.

She’s the most beautiful woman I’ve ever seen
Being with her is like a dream
The only problem is I always forget
As soon as the fucking ball hits the net!

Although I love my kids and wife
They know that football is my life!

There are plenty of Oi! songs about football, but most seem to be about the ‘running riot’ side of things. This one is more grounded, but Skurvi can’t help but take the mick, out of themselves and their brethren.

Never Say Die is to my mind the best song of the bunch – knowingly, the chorus goes Never say die /  no surrender / Put your cliche here.

The best summing up of the band and their ethos is still the one on their facebook page: Skurvi came together through a love of cheap booze, cheap laughs and punk rock. With old-school style and swagger, (Cock Sparrer, Peter and the Test Tube Babies) they deliver anthemic punk rock with power, passion and piss ups.

… but, characteristically, they sell themselves short.  They are one of the best punk bands in the UK – in that they don’t ‘preach’, they don’t try and be ‘punk-as-fuck’ without a thought for others and they play with a passion and total love for what they do.  They have ‘something to say’ but the aim of the game is to unify people and make sure they have as much fun as they do.

Unbelievably Skurvi don’t have record label backing and have brought this out themselves.

A-pathetic Apology is six great slices of 2020 Lads punk rock – and you won’t find a better example this year.