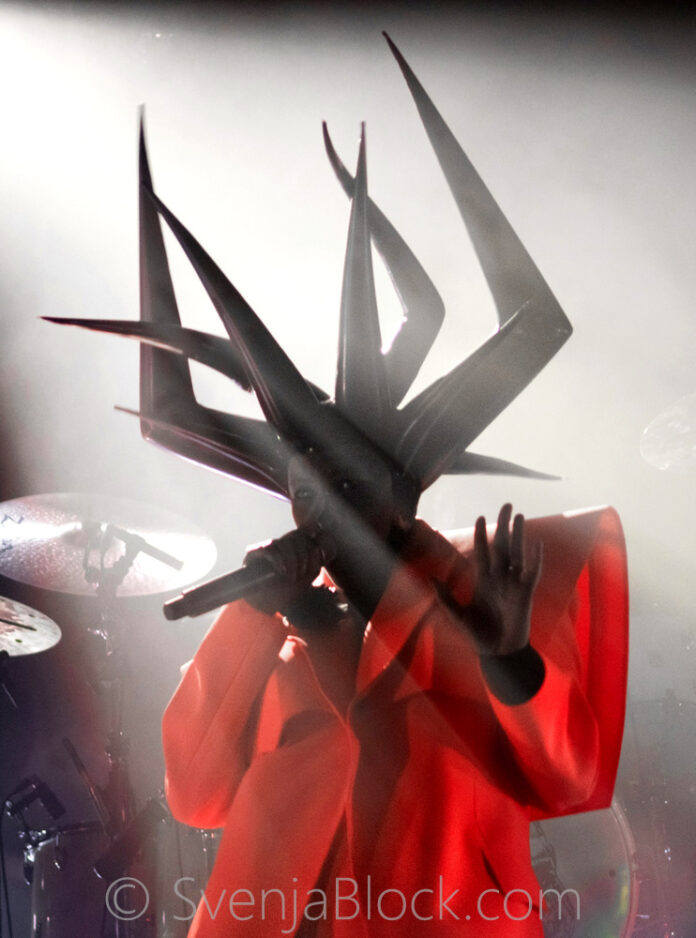 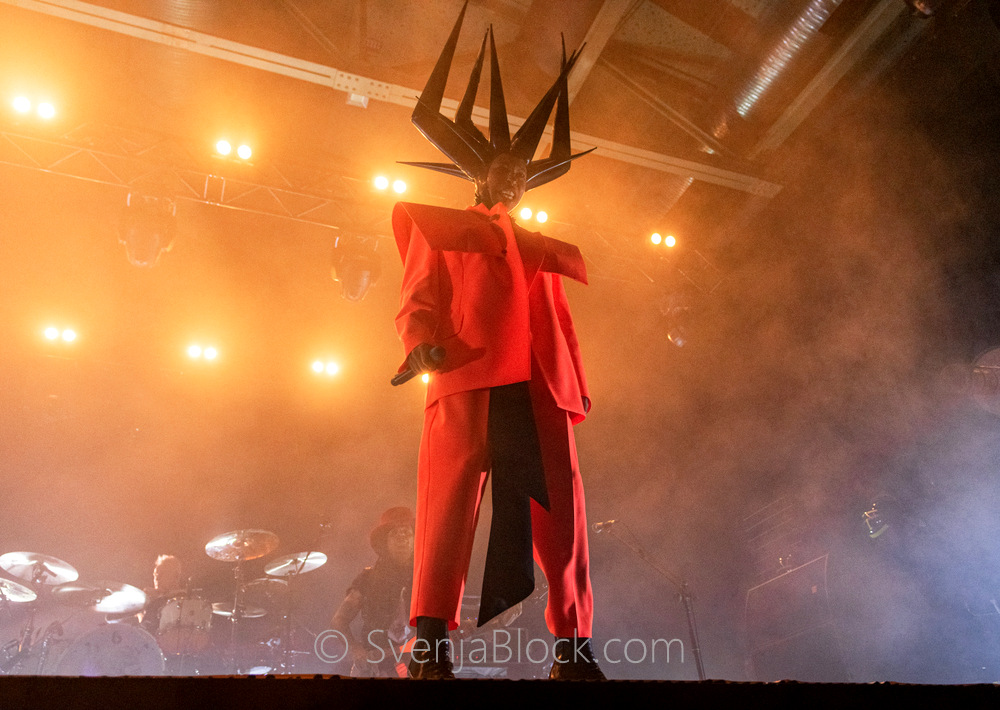 What a fantastic opener to the revived concert season in Berlin. Skunk Anansie live at the Columbiahalle in celebration of their live album 25live@25. Two decades ago, she was crawling up the side of the stage and after 28 years still means business, she’s brilliant, more so than ever. Dr Monika Demmler (reviewer) and Svenja Block (photos) soaked up the electrifying atmosphere.

At the entrance to the concert there was a long wait due to current Covid restrictions, and the Irish support act New Pagans was missed. What followed then, was an utter explosion of life-affirming energy with the extraordinary New York City-based Skin and her tight band, bringing the audience of the sold-out Columbiahalle to their knees in awe.

Skin of Skunk Anansie was not only a fashion queen that night but also a five-star performer, jumping on stage with a black joker latex hat, later on taking on the resemblance of a Tibetan monk, to the persona of the model princess with her beautiful smile, captivating the audience like a magician, the lightning perfectly accompanying the show, reminiscent of Tina Turner or David Bowie at times, striking an energetic duet with the backing vocal singer during selected songs. At no point did the set get boring, instead they left you thinking: “Oh wait, what is she up to next?” 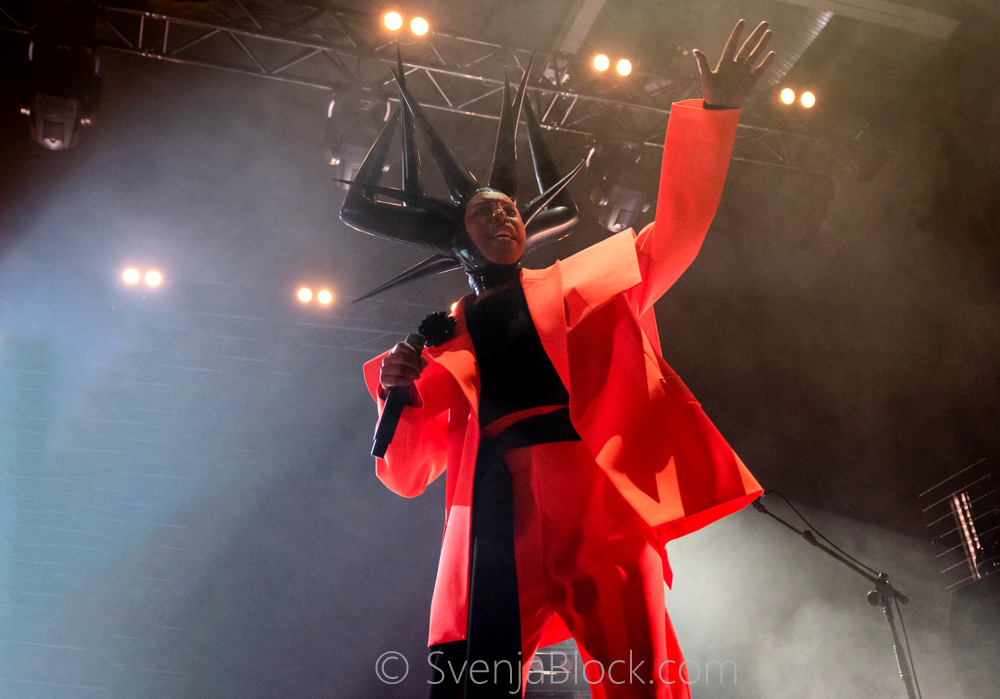 After the start on the ufo-like theremin, Skunk Anansie fired off hits, making the audience literally go down their knees and up again in wild ecstatic jumps. The ever-changing energetic show continued to newer 80s dance-like tunes on to the surprising classic cover of AC/DC’s Highway to Hell. All in all, an eclectic mix of styles from ska-like punk, and dancehall to a church-like song with Skin playing both the electric and acoustic guitar or a big tribal drum finalising a section of their set. Her dance moves and fantastic band – musically and performative, left you as a musician with the question, “Can I borrow your band? – I’m in love. 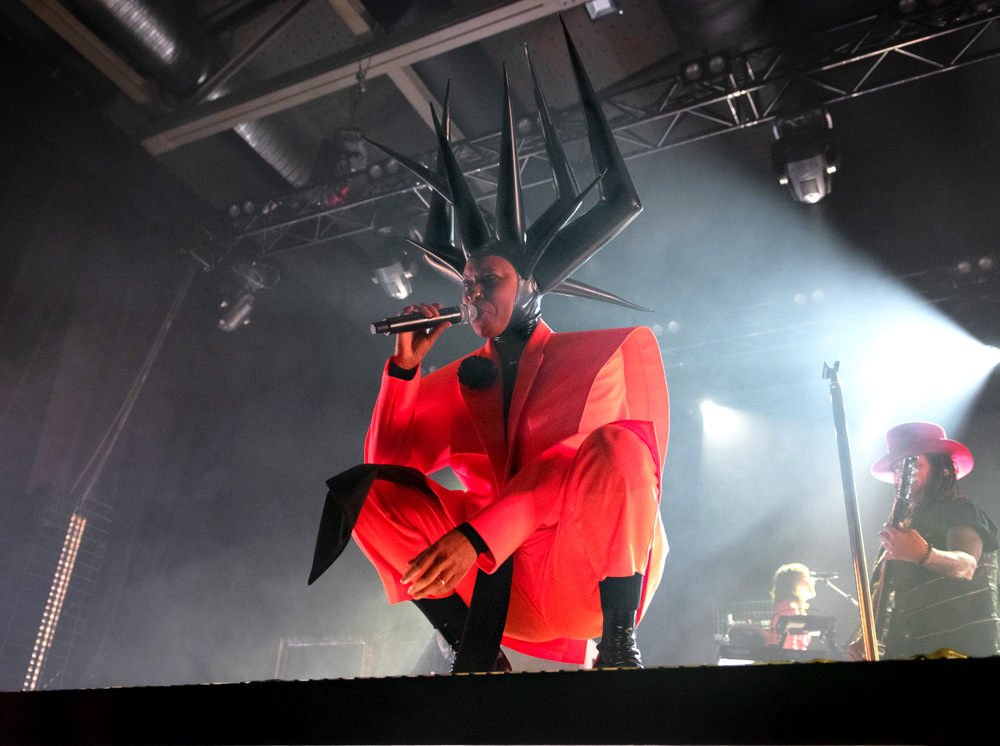 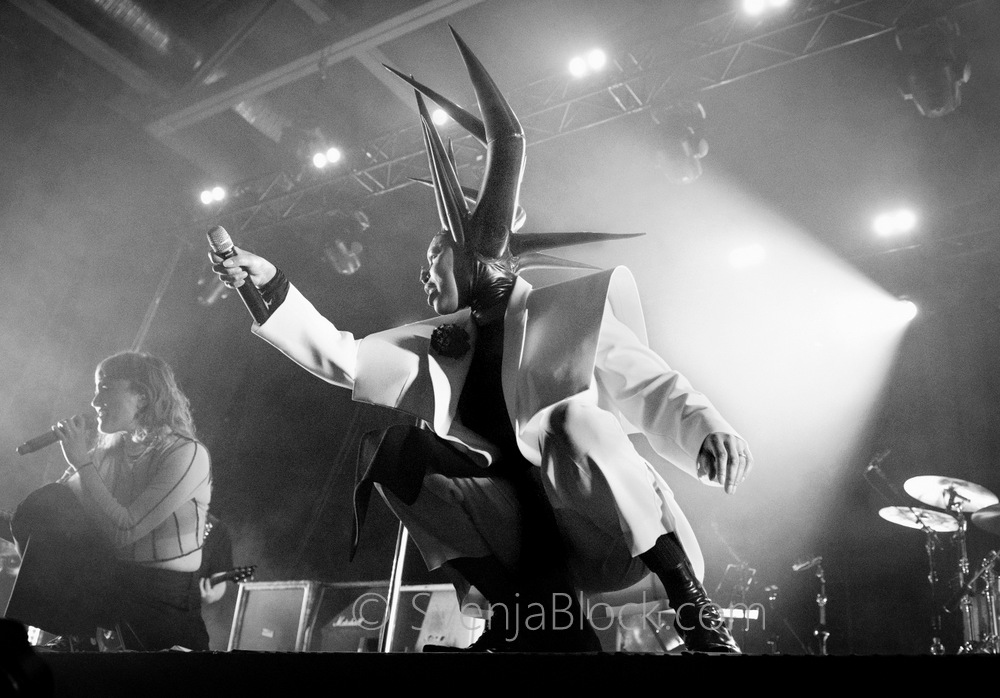 Skin won people over with her music, style, dance moves and last but not least, smile. Not only, though, but the way she communicated with the audience and her agenda or meaning behind nearly every song was also convincing. From songs being dedicated to Ukraine – “Take in people no matter where they come from” – to cutting the topic of transgender while suggesting to accept differences. Another beautiful pearl, reminiscence of a spiritual song with the striking chorus “I am love again,” spiced up with heavy guitars; a new song written about “fucking messy people” or “If you know any boy that is ugly inside, this is dedicated to you.”

A master queen of capturing the audience like a magician and a sparkling, inspirational true artist goddess, Skin Skunk Anansie. Anyway, “Who gives a fuck?” – Let’s all have more fun in life.

Please note: Use of these images in any form without permission is illegal. If you wish to contact the photographer please email: blocksvenja@yahoo.com

Words by Dr Monika Demmler, this is Monika’s first review for Louder Than War. Monika is based in Berlin and is also known for her music – she goes under the name of Stony Sugerskill.

All photography © Svenja Block. You can find more of Svenja’s work at her Linktree, and at her Louder Than War author’s archive.