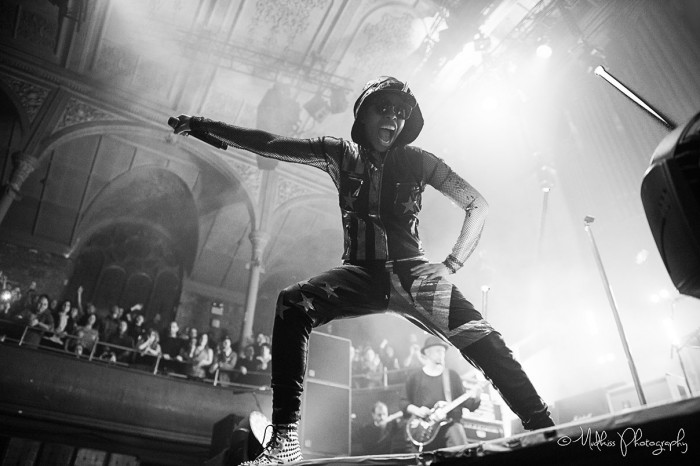 Supporting the release of their sixth studio album Skunk Anansie play their first show of their Anarchytecture Tour at Manchester’s Albert Hall. Louder Than War’s Melanie Smith (photos) and Katie Clare (words) headed to town for this much anticipated sold out show.

Skunk Anansie take to the elevated Albert Hall very much invested and in tune with the ecstatic welcome, they open with a blisteringly dynamic ‘Tear the Place Up’; certainly a prophetic promise for the entire show. Skin using every inch of available stage space and beyond leaning over the edge of the stage reaching out to outstretched hands closing the space between her and the audience – tempting however with the warmest of grins pulling back to once more bound between Cass and Ace. 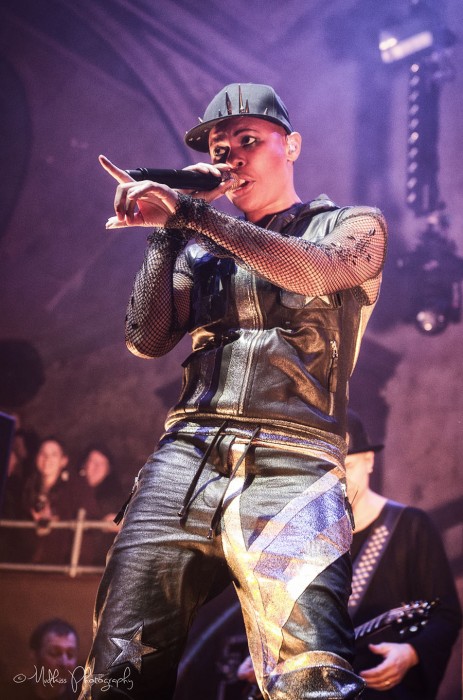 ‘I Believed in You’, ‘That Sinking feeling’ and ‘Because of You’ brings forth more of those great Skunk Anansie layering’s Skin’s vocals deliciously encapsulating the core of emotional hurt, raw yet free of negativity – empowered are prominent and exposed in between the satisfying colossal riffs and turbo rhythm. The second release from Anarchytecture; ‘Death to the Lovers’ an emotionally potent rock ballad that shows the intensity Skunk Anansie can still create even in a relatively delicate track. As one of the highlights of the new album ‘Death to the Lovers’ shows that while Skunk Anansie are now a little more reflective than enraged, but they are still as defined, eloquent and in many ways more candid.

“It’s our first gig in ages….it feels WONDERFUL.” imparts Skin, the band’s performance immaculately executed with such intense passion everyone feels the truth in the statement as they then storm through a resolute ‘Twisted’. Music like this creates a deep connection with fans and so it’s understood how vital it must feel for Skin to be with – be part of the audience and at various time falls in the audience, joins the centre of the standing area and as she belts out ‘Weak’ crowd walks on a mass of hands holding her up tightly steadying her by the ankles and studded silver Doc Martens. 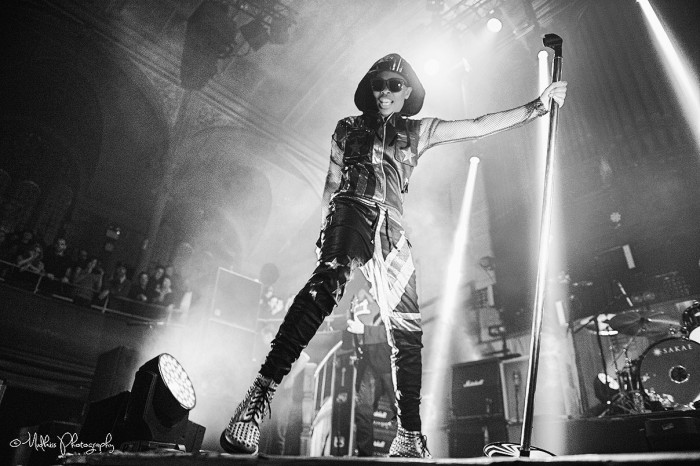 Returning for a gratifying three track encore, drawn from the band’s first two albums, ‘100 Ways to Be a Good Girl’, ‘Hedonism’ and ‘Little Baby Swastikkka’ and prove to be as seducing, full of fire and (especially in the case of Hedonism) authentically vulnerable; Twenty years on Skunk Anansie continue to deliver a vigorous performance that is vibrant, stimulating and emotive.