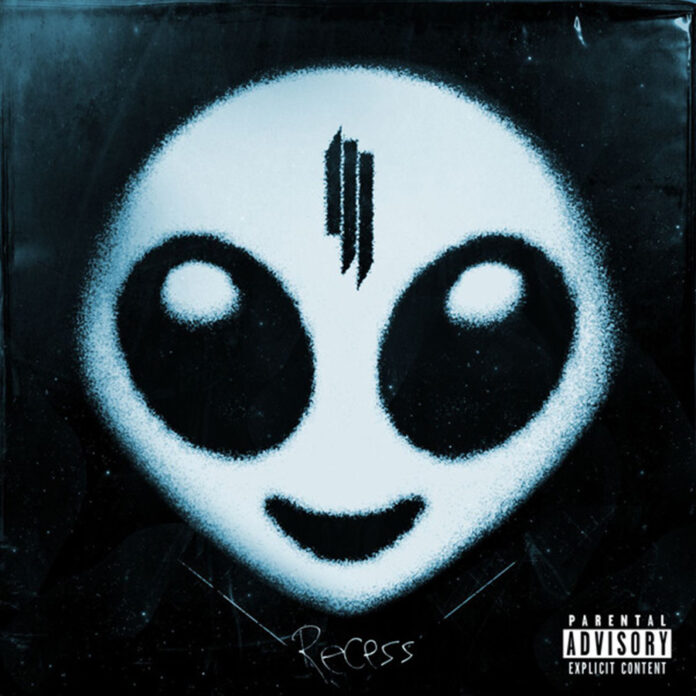 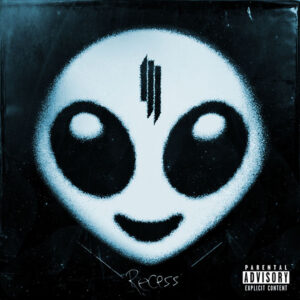 After releasing a few EPs and igniting many a live set with a fireball of sound, Skrillex has been relatively quiet of late. He’s been putting his debut album, Recess together and d’you know what, the boy’s done good. Louder Than War’s Sonj reviews.

Skrillex is one artist who I’ll see live whenever the opportunity presents. His shows are a rapturous affair that deliver something so potent and consuming that you find yourself in the midst of the most kickinest party in all the land. That kind of effect is quite magical, it can’t be contrived. I firmly suspect that many previously unconvinced ears have become converts at these congregations so bathed in rich sound and joyous energy.

Now that I’ve declared my respect for Skrillex as a live act I’ll admit to being slightly less passionate about him on my iPod. I rarely listen to him these days to be honest so I wasn’t too sure what to expect from this album…

This sums up my first listen to it: On goes Skrillex and I get on my crosstrainer expecting to do a 10km session. I stagger off the crosstrainer at 20km, not because I want to, but because my legs are getting well fuckered. Listening to the album I was like Forrest Gump; in the musical circuits of my mind I could have run all day, it was brilliant. Damn these legs.

So, why all of a sudden is Skrillex on my iPod the best blast of brilliance I’ve experienced in a while? Maybe it’s because I wasn’t expecting it. Maybe it’s because his sound seems slightly more eclectic and sophisticated than it was whilst retaining a murky, kickass edge. I reckon a large part of it is due to the fact that I know it’s going to be so fantastic live.

The album starts with a classic signature Skrillex tune All Is Fair In Love And Brostep. This internal organ shaking, bass driven dupstep features Ragga Twins and serves possibly to pick us up where he left us.

Title track Recess is up next and with no messing it plants a mahoosive capital P onto the word Party. This one’s going to see the Skrillites go mental at the live shows and I for one can’t wait to hear it blasting out to euphoric effect around me.

Then comes the sultry, sexual clarion call in the form of Stranger. I like this one a lot but then as the album rolls out, I’m pretty much liking it all.

Try It Out is going to have the dubstep boys enthralled to be back in their woodpecker dance zone (you kind of have to see this to believe it). It’s balanced out with fine melody weaved into aural twists and turns, typical skillful Skrillex stuff really.

Now the next one, Coast Is Clear, really is one to be played when the coast literally is quite clear, for this would be a terrible earworm to pass onto your grandmother or any young children (the chorus is a very catchy “Do you wanna fuck?”) Otherwise, it’s a great cheeky little Curtis Mayfield type number featuring Chance The Rapper which is gonna sound really good on a hot summer’s day.

Next we see him getting back to hot and sweaty gig business with Dirty Vibe and Ragga Bomb. Both songs are capable of providing the perfect backdrop to a shady urban rascal’s undercover manoeuvres. By contrast we’re then led into the somewhat playful track called Doompy Poomp which would make a good alternate soundtrack to the Mr Soft advert or the Kia Ora one if the animals were on acid. This song seems to signal the calm quarter of the album, as from here on in there are no more moments lost in a Woodpecker’s Wonderland.

The sound prominent in F**K That puts me in mind of when the aliens were opening their spaceships on the War of The Worlds soundtrack. It’s got a certain level of intent to it which doesn’t escalate perhaps the way it could. Ease My Mind with female vocals by Niki & The Dove, is a song with yearning and an eastern vibe that makes for a really nice stand out track.

The album ends on a chilled and melodic note with Fire Away layering a pitter patter of sound that lets us leave the scene feeling all calm and refreshed. It’s been quite a journey.

Overall, I’m massively impressed by this album and it’ll definitely feature on my iPod escapades. Oh, but live …. How I’m already beyond excited to catch this live. I highly recommend you listen to the album and then get your fine self down to a gig to see what all the fuss is about.

All words by Sonj. You can read more from her on Louder Than War here.