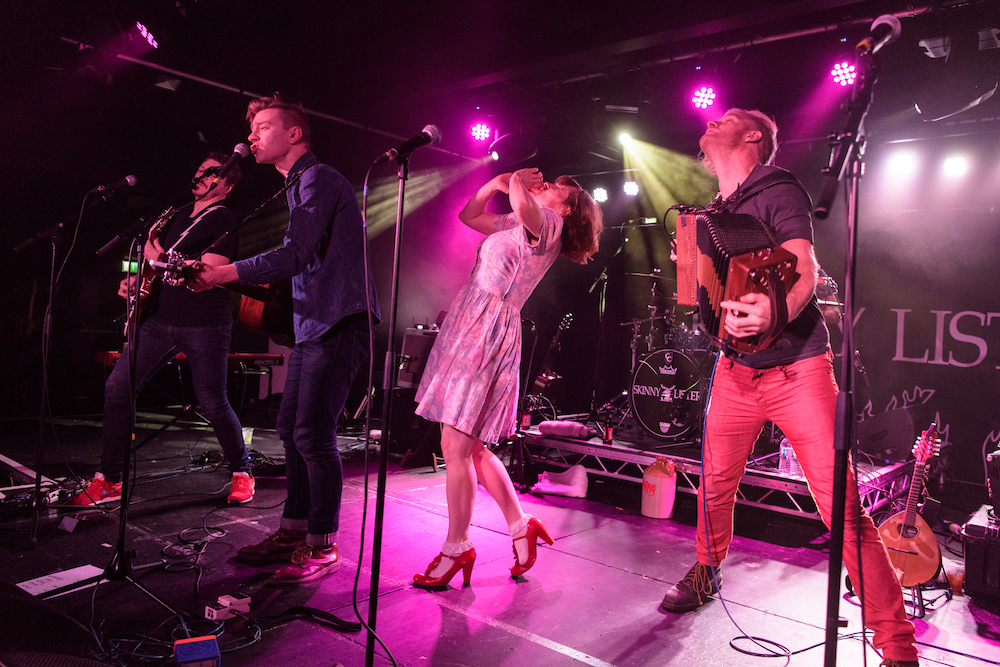 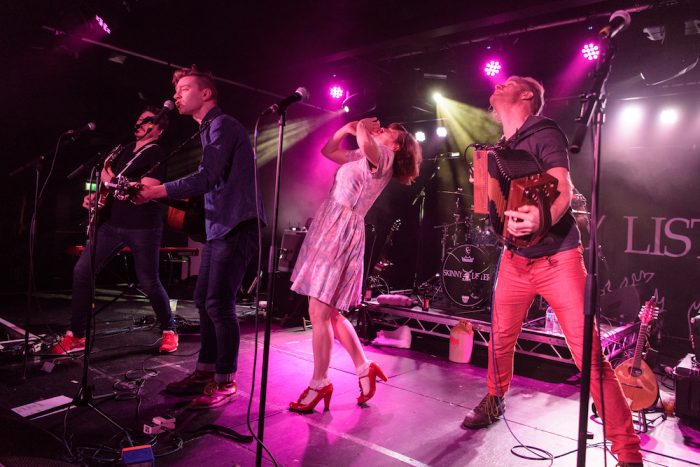 The Double Trouble tour reached Newcastle and both Beans On Toast and Skinny Lister brought their A games with incredible sets!

When billed as the Double Trouble tour, you know you’re in for an exciting evening. Couple that with two of the finest folk punk acts around, who never seem to stop touring, expectations are exceptionally high from the off. The evening has a rather dour start though, as Beans On Toast bounds on to the stage in usual excitable manner but kicks things off with the rather downbeat Open Door Policy. 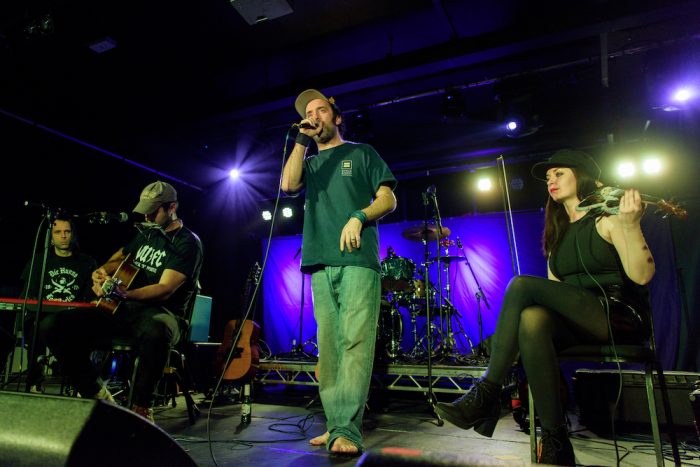 It’s a departure from his normally upbeat and slightly idiosyncratic tracks, but poignant nonetheless as he takes a frank look at the current problems in the world. The tone quickly changes to one of love and happiness the likes of Jamie and Lily receiving a rousing reception. As well as I’m Home When You Hold Me, his honest attitude to the worlds problems does surface constantly throughout the set though.

Lambasting the likes of UKIP and the chicken industry, there are also rallying calls around the capitalism demonstrated by Black Friday. All the while though there is a perfect mix between anecdotal and serious issues, the likes of Taylor Swift and the ever popular MDMAmzaing are firm favourites but so are those which air on the more political side. 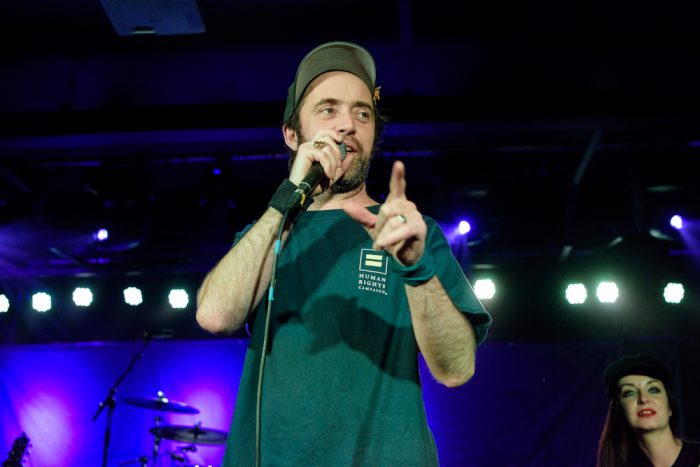 A lot of tonight’s set comes from Beans On Toast’s latest album Cushty and in many ways it shows a progression. The old, daft songs replaced by songs more fitting of the current state of affairs. In spite of the heavy tone it doesn’t dampen spirits as the whole crowd whoop and holler all in anticipation of Skinny Lister who take to the stage in rather emphatic fashion.

Lorna dances around the stage swigging from the flagon as the opening cords of Wanted set the crowd alight, a completely different opening to that of Beans On Toast but ecstatically received nonetheless. Their fervency and enthusiasm never wavering, every song a healthy blast of folk infused punk as the accordion rings out across the room. Add to this a healthy dose of festive cheer with new Christmas song Christmas Calls featuring early on. 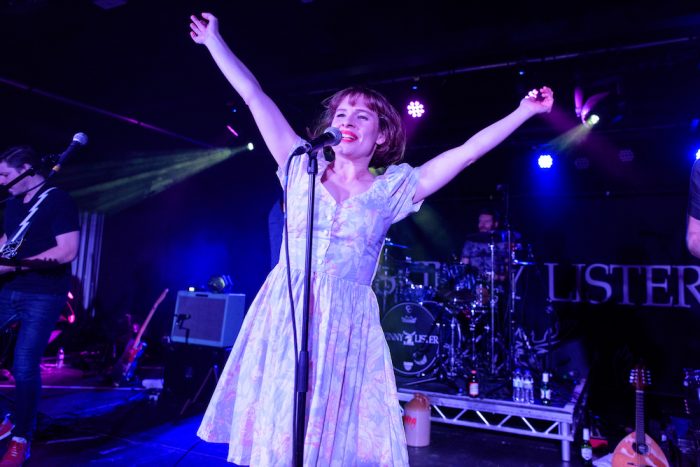 Tragedy In A Minor garners a huge response from tonight’s crowd as it becomes a sea of clapping hands and bobbing heads, with the band continually riling up the crowd. They take this party to the next level with every song, even Devil in Me with it’s sinister tone inspires a powerful reaction from both the band and the crowd alike.

Geordie Lad is an obvious highlight with the crowd screaming back every word of this fervent track, there is a real love for the track. Followed by the equalled passion of Bold As Brass, just when you think Skinny Lister have peaked they manage to take it up another level tonight. With a huge crowd sing-along to John Kanaka they really have it all, from punk rock anthems to sea shanty. 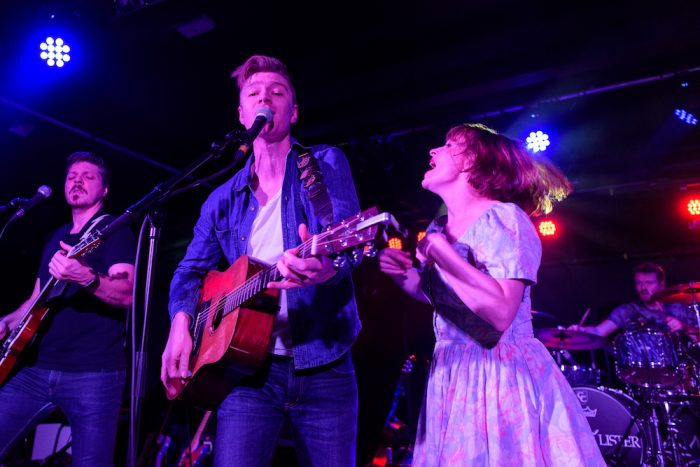 The final string to their bow comes in the form of the beautiful and relatively delicate Bonny Away, adding another very different element to tonight’s set. They close out in a flourish of This Is War and Hamburg Drunk, leaving everyone desperate for more. They oblige with yet more festive cheer including This Christmas with added Beans On Toast. The Double Trouble tour really lived up to its name tonight. Beans On Toast, whilst subdued, kicked the party off to a flying start before Skinny Lister really thumped it home with an incredible set!