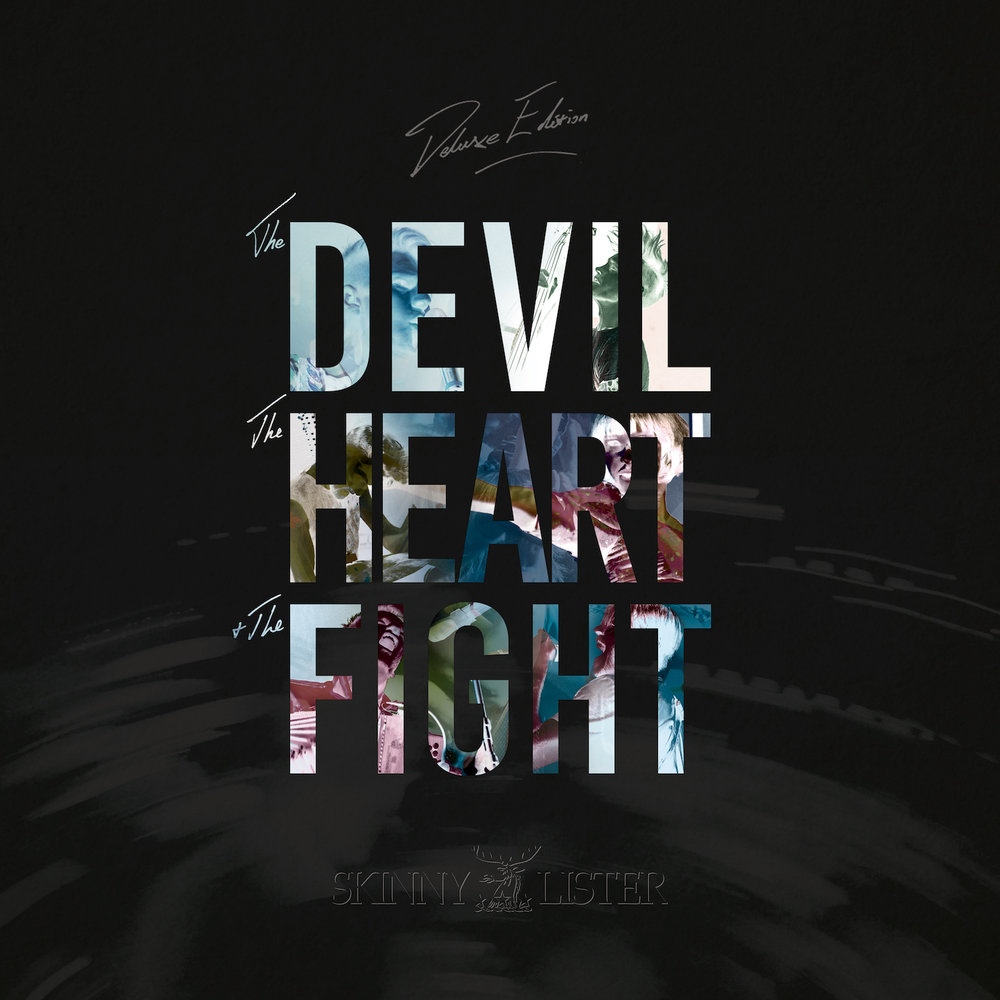 The Devil, The Heart, The Fight – Deluxe Edition

Skinny Lister re-release their Devil-Heart-Fight album with the bonus of a second disc full of typical Skinny shenanigans.

The hardest working band in showbiz? Touring endlessly – Blue Oyster Cult may have the ‘Forever On Tour’ motto and Dylan may still be on the Neverending Tour, but Skinny Lister might have the edge.

So what do you get for your investment in an album your (probably) already own? In no particular order, there are three new songs. Thing Like That should be familiar having been in the live setlist for quite a while now and of the three, probably the most trademark Skinny. All the qualities of the frantic shanty punk they’re noted for with a refrain to match. The remaining two offer something a bit different. Christmas Calls does what it says on the tin as the seasonal market gets duly plundered with a swinging Skinny twist that induces the sort of warm glow normally found in taking a swig from the Skinny flagon of rum.

Finishing off the set is a demo of Boy Ashore, that missed making the album. Recorded in the back garden of the Thomas house, and one that shows the more folky side of the badn although essentially a Dan Heptinstall solo performance.

Elsewhere is a set of live recordings from various sources all with suitable intros recorded by the band. Three from supporting Frank Turner at The Roundhouse taken at breakneck pace. Three also from a London Scala bootleg including an, as always, riotous John Kanaka. A tad more lo fi that the Roundhouse songs, the bootleg sense of ‘being there’ comes across with the audience in full voice.

In contrast, a handful of acoustic session tracks – Injuries and Tragedy In A Minor from Paste in New York and Geordie Lad recorded by the Xtra Mile OB truck – offer a slightly calmer perspective than the live recordings. Worth a shout then? Absolutely, if for no other reason to get in the mood for…

…Skinny Lister are, as usual, on tour in November, the UK dates wrapping up the worldwide campaign for the album and celebrating ‘Double Trouble’ with labelmate Beans On Toast (whose new album Cushty lands on 1st Dec – watch for the Louder review)– both bands playing full sets.

You can watch the official video for Injuries from the album here: