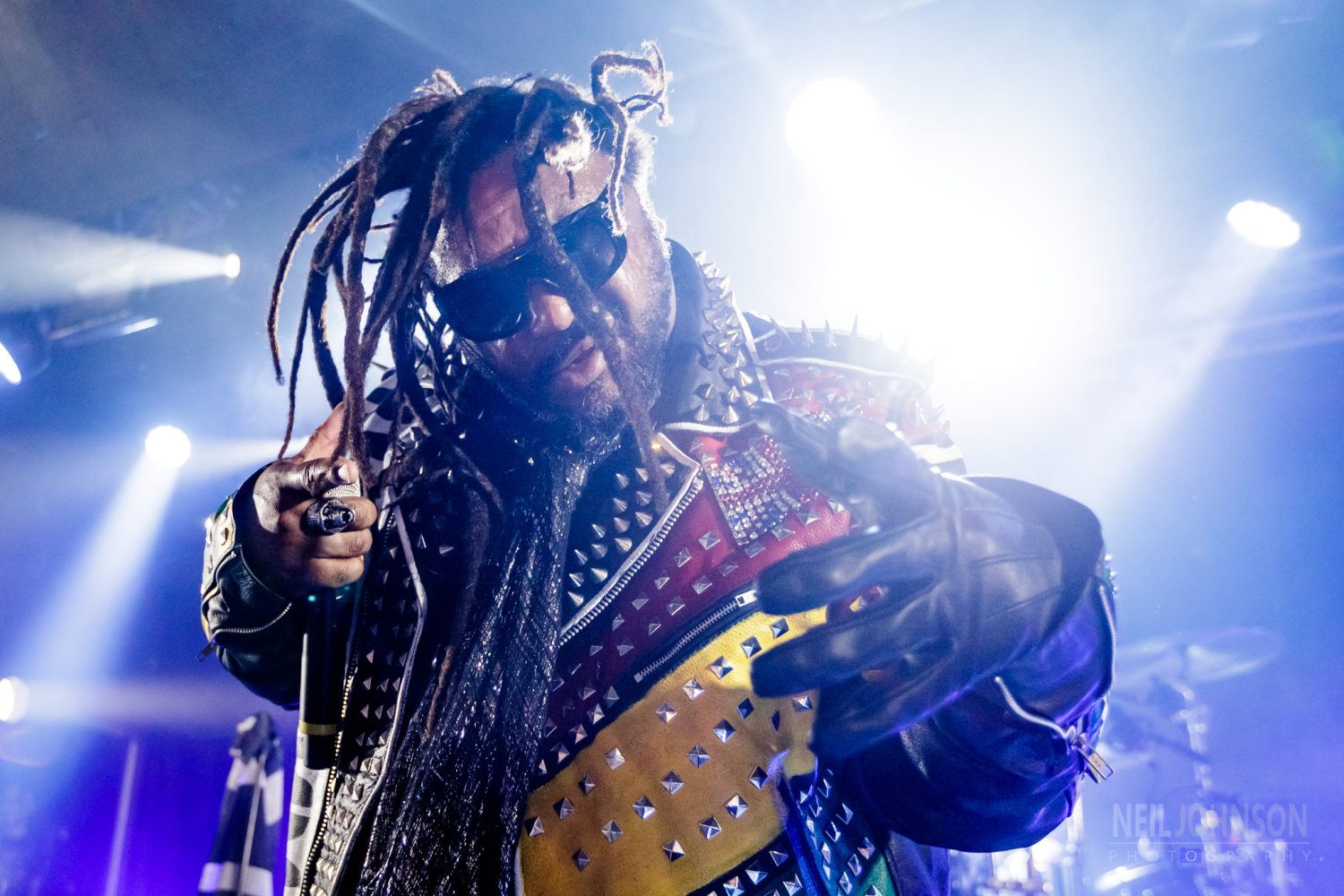 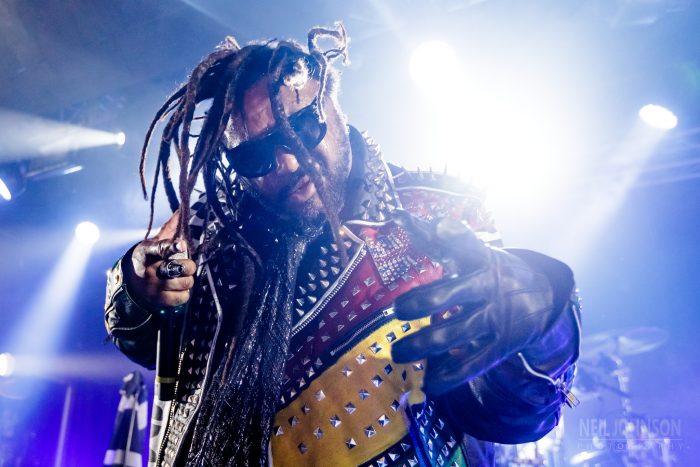 Skindred brings the Newport helicopter into Nottingham, along with Danko Jones and CKY for an explosive show of unrelenting energy.

There is only one thing to do when the Skindred show hits your town and that’s to get yourself a ticket and along to the show. This isn’t just a live band, the Skindred show is a significant event, something to immerse yourself in and remember. Tonight’s show is kicked off by Danko Jones who do an admirable job of getting things started, their set goes down really well with ‘Had Enough’ is the obvious highlight. Slick, tight and efficient they whip the energy levels up. 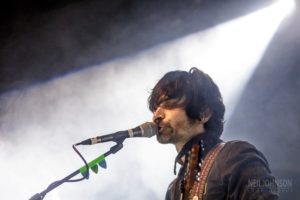 There is plenty of CKY merch being worn in Rock City and the chants of CKY begin just before the band hit the stage. They absolutely tear the place up from the outset. A significant portion of tonight’s crowd are here for CKY and it shows, the reception to their set is raucous. Highlight from their set has to be ’96 Quite Bitter Beings’.

There is a brief pause before The lights suddenly drop to black and AC/DC’s Thunderstruck plays in full, followed by the Star Wars Imperial March as the band begin to walk out on the stage in the dark. They kick things off with Big Tings which drops like an atom bomb; that mixture of dubstep, raging rock guitar and sing-a-long chorus is intoxicating. The crowd responds with everything from raging energy in the pit, crowd surfing and ‘bad moves’ in the more open spaces. It’s an extraordinary thing to witness in the same venue, the energy levels are off the scale and even as I weave my way back out of the photo pit through an utterly rammed Rock City, everyone is smiling and helping me get through the mele. 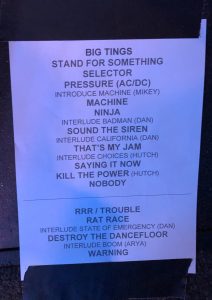 The setlist is a really cool meander through their back catalogue and a few from the new record ‘Big Tings’ which is out on the 27th April. Of the new material ‘Machine’ really stands out for me, I absolutely loved the studio version and in the live show it becomes absolutely huge, the riff is a monster and the chorus is classic Skindred, shouty and catchy.

There are loads of interludes between each track, everything from AC/DC to Metallica and The Prodigy which really adds to the already epic show. I’ve never seen or felt Rock City bounce in quite the way it is tonight. It feels like the whole place is moving for the duration of the set from the pit right up to the balcony.

Highlights are difficult to pull out but ‘Machine’ and ‘Stand For Something’ are two of my favourites on the studio records and they are both elevated in the live show. The physical highlight though has to be during the show closer Warning and Benji bringing out the Newport Helicopter, utterly delightful chaos, which probably sums up the entire show.

Overall, this was a huge night, great natured, monumental tunes and a magnificent frontman that was born to do this. A real must see for even the casual Skindred fan.