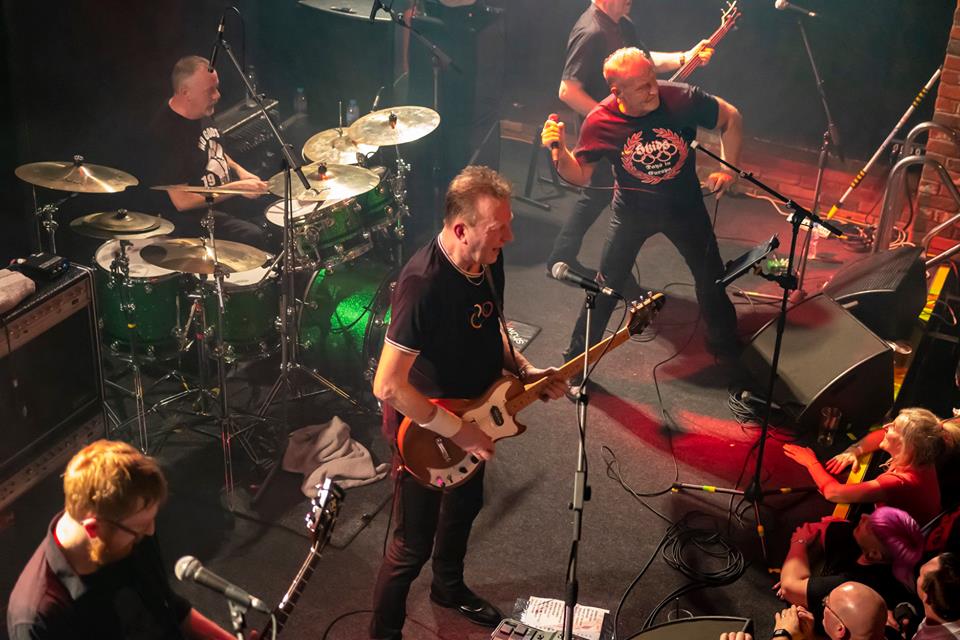 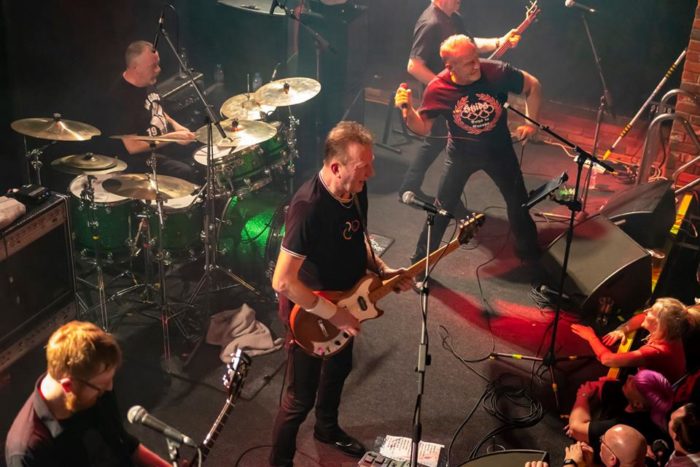 The Skids – the Brook, Southampton

Into the Valley rode the six hundred…. or whatever the capacity of the venue is, to see some Great Scots. Ged Babey witnesses the Charge of the Old Brigade.

I do try and see as many new, young bands as I can… but sometimes, when times are hard and money is tight, a Saturday night ‘safe bet’ with a band you liked as a teenager just can’t be beat.

You bump into old mates, chat about your latest ailments and cheer as the band do a perfunctory run through the hits from yesteryear…   but this was  ABSOLUTELY NOTHING LIKE THAT AT ALL!  This was a 2019 rock band at the peak of its powers.  This was fuckin’ ace!  The Skids were on top, top form.  The Skids were on-fire!

When I read Phil Newalls latest live review of Ruts DC I thought that there was maybe a bit of rose-tinted embellishment and exaggeration going on…. surely a band of that age can’t be That Good in 2019….?   Well I was WRONG!   But the Skids probably top the Ruts in terms of sheer energy and exuberance.

Jobbo and co know how to structure a show. Hit-after-hit, (opening with Animation. Into the Valley surprisingly early in the set),  banter ( a fatwa on Leo Sayer!) , couple of new ones,(Kings of The New World Order, One Last Chance)  anthemic album tracks ( Hurry On Boys), banter (Portsmouth jibes, Jobbo’s dancing), more hits (Yankee Dollar) extracts from songs by other bands (Pretty Vacant and What Do I Get – sounding magnificent to be frank) and a favourite with a local connection (the Saints Are Coming – twice). An hour and a half of solid rock entertainment.  A cracking gig.

Third time I’ve seen them in the past two years and they really do seem to get better each time. They were never my ‘favourite’ band back in the day… forever relegated to second-best – but now they out-play and outclass practically all of their contemporaries.

As noted by my friend Jim Rogerson (promoter of punktastic indoor fest Bash the Bishop) on facebook the next day, summing it up succinctly and perfectly.

‘When the band appears to have enjoyed it as much as the audience you know you’ve witnessed something special. That’s a potential gig of the year and its only February!’

Stu McGregor, a long time fan and follower of the Skids said. ‘Saying they were great does not do them justice . They came, they played, they conquered. Till the next time- Holy to the High!’

Even the promoter at the Brook (who rely heavily on tribute acts to survive) said “Every now and again I need a gig to remind me why I love this. The Skids was one of these! – Thanks all who came and keep on coming!”

After so many under-attended shows resulting in the closure of another much missed Southampton venue – this gig really was a joy.  A joy that only a much-loved and committed band as the Skids can provide.

All words, except where specified, Ged Babey