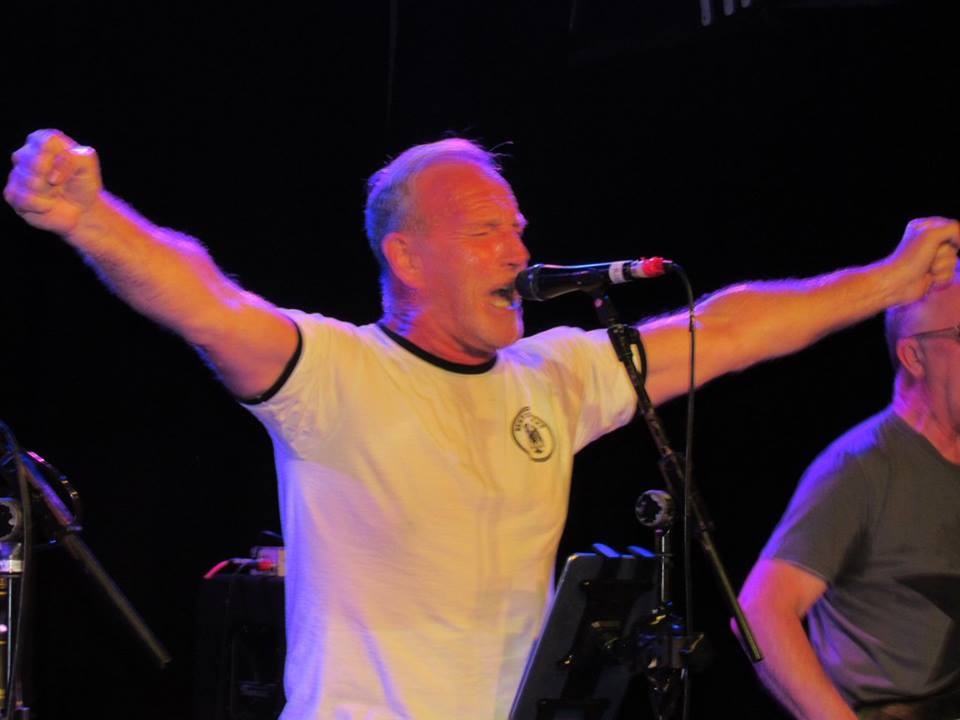 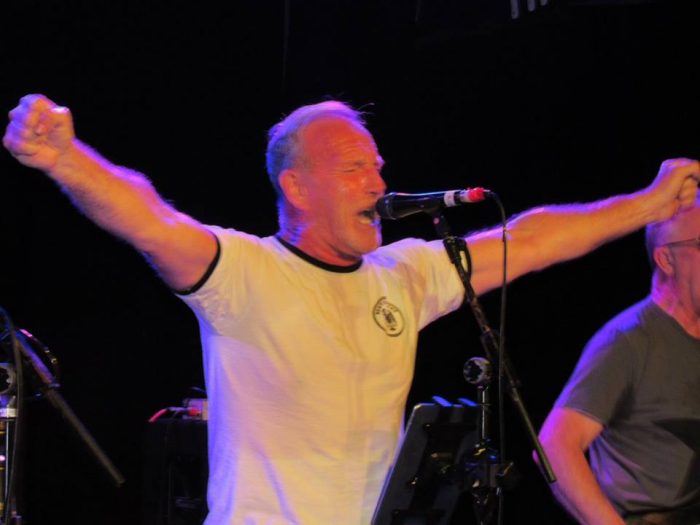 An immense, stunning performance -the same as every date on this tour it seems. Ged Babey is not scared to dance.

The buzz generated by the return of the Skids to the nationwide tour circuit has created enough electricity to power a small town for a year.

What a night. It took me right back to 1979 when I saw them at the Marquee and the Lyceum. People will be talking about last night’s gig for years to come. Saying “I swear I was there”.  Still buzzin’.

(Bill from support act the Glorias)

Let everyone know that the South coast part of the tour was brilliant for the band (they had been told there was no audience down here for them … sod that, sold out!)  Very, very special, hope they are each enjoying every moment of all of this as much as we are!

“My Facebook feed is all about The Skids this morning. It was a blinding gig and I can’t remember the last time I saw a band enjoy themselves so much on stage.

The faithful knew this would be special.  The cynics thought it would be OK.  Everyone’s expectations were surpassed it’s safe to say. Longest day of the year and one of the hottest and what for many there will be ‘gig of the year’.

The Skids were ferociously good.  Musically as muscular as Jobsons physique.  The combination of immense, intense songs, crafted molten guitar and self-deprecating banter & heart-felt introductions from Jobbo made this an event. A reaffirmation that the Skids were, and still are, one of the finest of their ilk.  A punk band with ambition and originality, a rock band with soul and technically perfect but with a raw edge.

The fact the Skids have been absent from live stages for so long really did mean the collective hearts of the audience had grown fonder, perhaps because they/we had almost forgotten what a Great Band the Skids were. There ideas and trademarks adapted and re-used by everyone from U2 to Green Day to the Manics – but now they are back… only the Skids sound like this – and it feels fresh and new and exciting again. 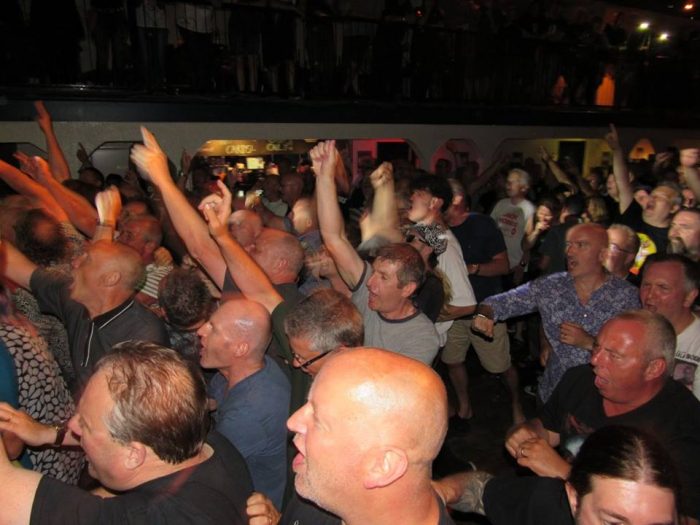 This really was a grown-men with tears-in-their-eyes kind of gig.

They always were a bit of a ‘Lads band’ but the bluster and heroism of the militaristic narratives always had the Wilfred Owen inspired compassion and anger.  These songs had a meaning and depth which many of their contemporaries work lacked.  With age, and the fact that the band lost a key member, Stuart Adamson, and everyone in the crowd has also lost friends and loved ones in conflict or to internal struggle, seems to mean that the whole thing is intensified.  Yet, at the same time -it is a massive joyful celebration.   Skids are about teeth-gritted, fist-clenched triumph over adversity.  And they sound triumphant and inspirational tonight – the same as every gig on this tour.

They seem to really relish every moment onstage; Giving 100%  effort and recieving back 100% love.  Like Jobson says -playing live was what it was all about.  He has a huge amount of energy onstage and holds himself like a boxer and exudes sheer enthusiasm for the band and for what he’s doing.  He is funny, articulate and only once gets annoyed at a punter shouting for ‘Into The Valley’ constantly, when he was trying to dedicate a song to Stuart Adamson.

He may be the front man, but this is a real team; Bruce and Jamie Watson are a joy to watch creating their own take on Adamsons ‘open sound’. Ballie and Simpson are an amazing rhythm section too -with that strength and fluidity which is the foundation to Skids dynamics.

Every song was a highlight.  Everyone was smiling. The sound at the venue was loud, clear and perfect for Skids – not so for the local Garage Rock heroes The Glorias who supported -who seemed to get a live version of the original muddy mix of LAMF – which is ironic seeing as they are Heartbreakers inspired.  Their name comes from Melvyn Hayes character in It Aint ‘Alf Hot Mum incidentally, in case you were wondering…

….and it was hot. (great link) A scorcher of a day and a blinding night.  Who would have thought a band undertaking their 40th Anniversary tour could be this good.  Thank you Skids.  Thanks for coming back and being fucking inspirational  -my only criticism would be:  your merchandise is over-priced!