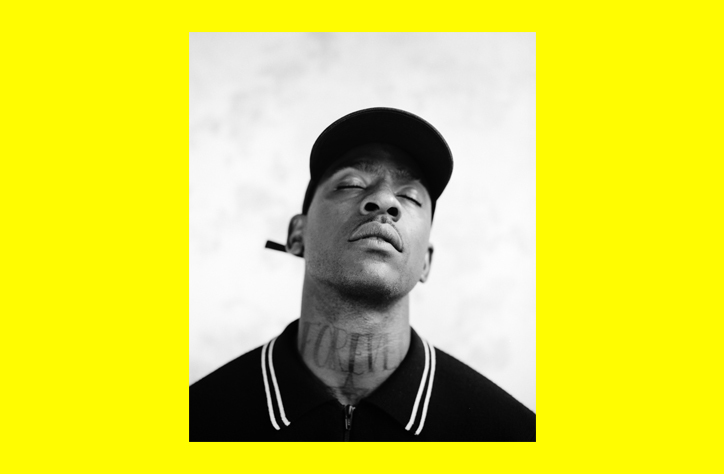 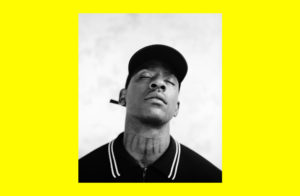 Skepta is a man in a hurry.

Finding fame as one of the prime exponents of one of the most cutting edge forms of music in the UK – grime – his recent album Ignorance Is Bliss hit number one with its cleverly entwined maturity adding a new layer of worldly wise wisdom to the key 21st street music. Skepta is one of the form’s key ambassadors with his clever, sparse, heavy grooves and tuff gnarled vocal delivery that is all at once captivating and enthrallling. Tonight he goes one step further and this album and the Mercury Award winning previous release of Konnichiwa have never sounded better in this highly imaginative theatrical setting.

Pushing boundaries, Skepta is a shoe in for the Manchester International Festival which enjoys these kind of link ups. The festival loves combining different disciplines into new wholes and the idea of the urban angst of grime and the lyrical celebration of Skepta couched into a theatrical dystopia is a magnetic one.

Billed as a dystopian grime theatre piece, Skepta took over an abandoned warehouse next to Manchester’s Piccadilly station to deliver a spectacular, mind bending show that ripped up the rule book. The night was themed out like a futuristic take on a nineties acid house party – one of those late period acid events that had that industrial edge to it with the metal sculptures, face paint and grimy warehouse walls backdropping the jiving throng.

We are led in small groups up, what must be the last Manchester city centre road I’ve never been on, surrounded by purple Buddlia plants growing in their usual riot of purple all over broken buildings adding their Chilean perfume to the ancient city rust and broken bricks and into the black depths of the warehouse.

With mobile phones barred and the onus on physical and verbal human communication, the event is trying to make people embrace each other like back in the E era. It kinda works and there is the added thrill of being in a new environment as the rave room is quickly filled with gonzoid dancers shaking to… playing tunes that are being pumped from a moving PA that is blasting the music to and fro across the roof as it moved from one end of the ceiling to the other. It’s fantastically disorientating as the speakers slide across the roof and the mixture of the ancient ghost damp and modern sweat creates a heady brew before the side doors are opened and the 900 strong audience are ushered into the room specially constructed for the Skepta set.

Like the set of Bladerunner or one of those proto dystopian sci fi films, the set is a hi tech tower built into the middle of the room with Skepta running around one of the passageways clinging onto the pulsating high decibel structure. The light show throbs from the tower with incredible images of faces and ghost like images flashing full dayglo.

Skepta’s word flow is immaculate charismatic and the sound is crystal clear and perfect with the heavy grooves shaking the building, enjoying the space. The kick drum is really kicking and the other drum parts are cutting through to create perfect beats for dancing with each set of grooves switching rhythm and speed and propelling the packed crowd into different levels of frenzy.

A dark energy infuses the room along with the addictive beats. It has a real edge and a perfect dislocation of the senses but also a direct delivery and a fierce emotive delivery that chews the words into new shapes and meanings.

Skepta is a delivery from the frontline and a word heavy depiction of the modern British city with all his complex rhythms, fascinating pulses and perfect word play. He is also restless. Modern music demands modern ideas. It’s always great to see someone deconstruct the cliches of live performance and what may have not have worked is a resounding and powerful victory for Skepta, Manchester International Festival and for pop culture itself.