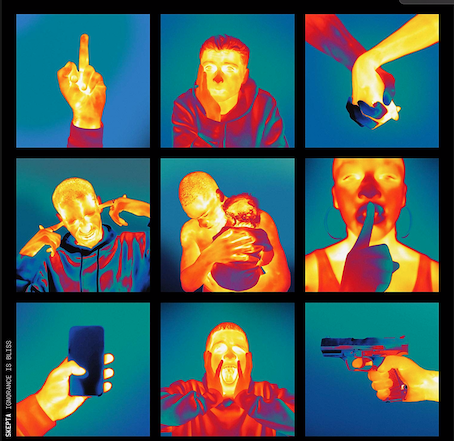 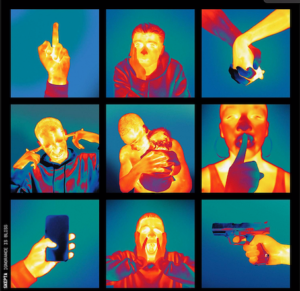 4/5 for long awaited album that guides grime into an unexpected middle age with both an introspection and cutting edge skill.

There comes a time when every musical genre and every reinvention of the form comes of age.

That moment when its vibrant teenage brattishness and lyrical smarts has to deal with the inevitable ageing process.

The end days of the wildness of youth and the embracing of life’s journey take centre stage. Grime still feels new and teenage but the form has been around a long time now and its risen to the challenge of keeping its edge without living the eternal youth lie.

It’s down to the eloquent Skepta to make sense of this eternal conundrum and one of the form’s leading lights does this on the new album without losing the futuristic edge that makes the form so attractive.

Not that 36 year old and grime itself has suddenly lost its edge. The most vibrant and forward thinking of British musical genres of the last coupled of decades may have been supplanted on the streets by the edgier drill or new faces like Slowthai whose edgy and thrilling album is one of the albums of the year and who Skepta shared a mic with on the newbie’s Inglorious track.

There is still plenty to be said by Grime though and in the capable and inventive hands of Skepta its plotting course that is somehow still introspective and yet cutting edge.

Skepta was one of the first grime artists to be embraced mainstream with his classic 2016 Konnichiwa album taking the Mercury Prize for his fourth album in 2016. Konnichiwa was one of the bench marks of the form- a tense, taut claustrophobic affair, it still had plenty of edges of an almost cheeky bubblegum pop nous that the new album further explores (he even samples Sophie Ellis Bexter’s Murder On The Dancefloor on Love Me Not) as Skepta seeks new ways to make the form work and have a meaning.

As ever its like listening to pages from a hectic and highly observational diary as the protagonist gets busy in the fast forward modern city with lyrics quipping and quoting from this fast paced modern world with the beats matching the thrilling cultural mix of the genuine modern city experience. That endless soupçon of shape shifting rhythms and pulses of our brilliant polyglot modern urban landscapes is further painted in by Skepta’s brilliant poetic flow.

This is one of the key albums of the year – a time capsule of the real England of the 21st century with all its ups and downs and its quest to keep moving forward culturally on the world stage and further proof that all the real innovation still comes from the street.