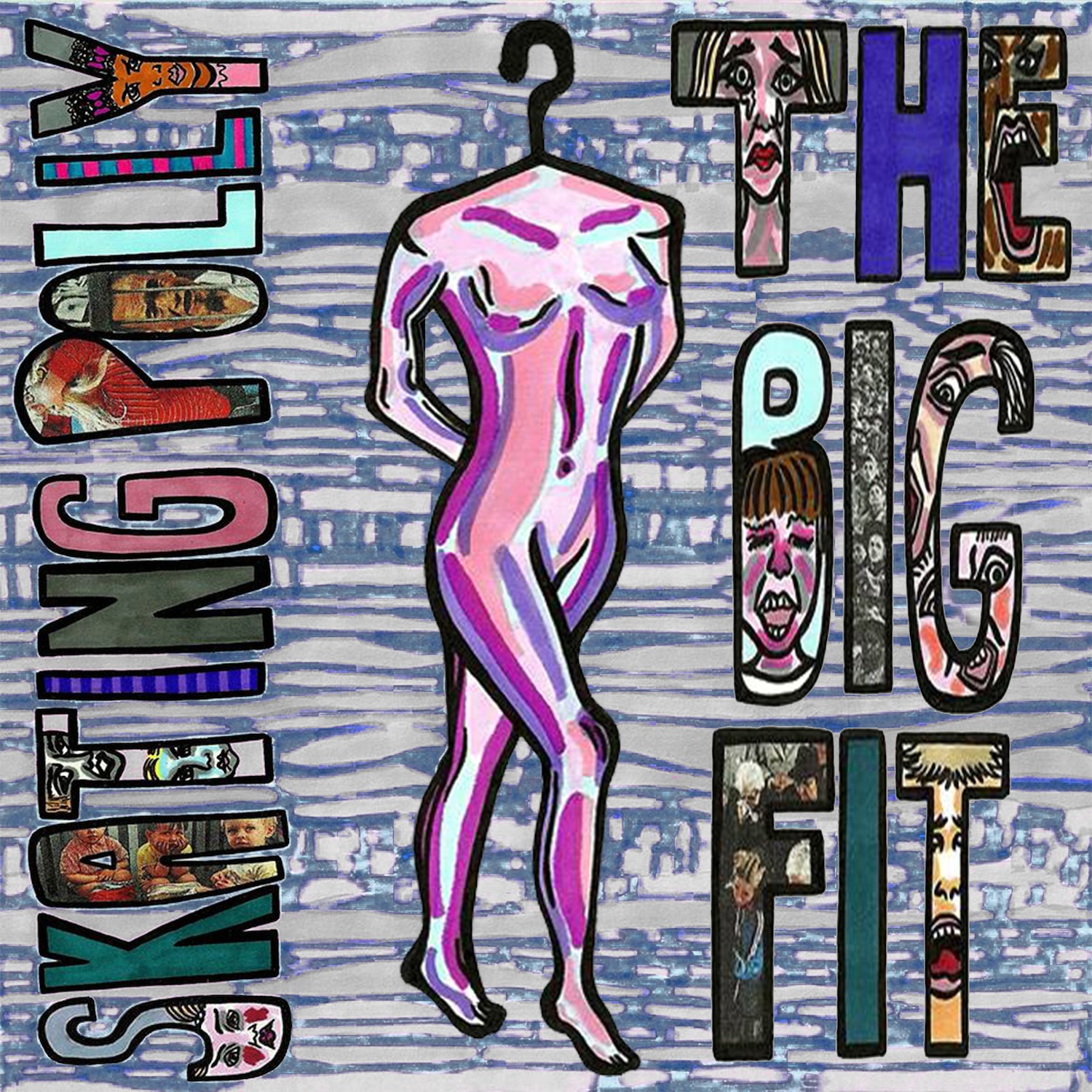 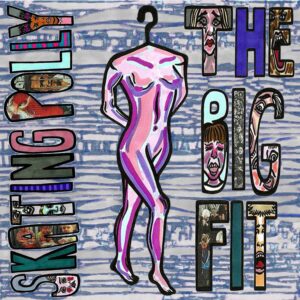 I’m not gonna mince my words. Skating Polly are probably the best new band to come out of the USA for years.

Up in heaven ( if there is such a place…) Kurt Cobain is smiling down and nodding in approval.

Like a lot of us in the UK  I ‘discovered’ Skating Polly when they were tour support with the mighty Babes In Toyland last year.

The band are two step-sisters, Kelli and Peyton, from Oklahoma and are 15 and 19 years old respectively. They’ve formed the band in 2009, so teenage veterans already.

The Big Fit is their fourth album but first ever UK release.

It’s a great album.  Catchy songs. It rocks. The songs are clever, funny and strange. There is variety in pace and mood. Live the two of them swap instruments and lead vocals so presumably do the same on the album. Most of the time its Kelli singing lead and Peyton on drums though.

Kelli does have a great screech and holler voice ( a la Courtney Love and Kat Bjelland) but is always in tune and can do a tender quiet vocal as well.  You can see from the videos that she is a talented, kooky, eye-rolling, slyly-grinning, hyper-active kid with attitude.  She reminds me of Hit-Girl from Kick-Ass! if she’d taken up singing instead of martial arts.

There are obvious influences (Babes In Toyland, Nirvana, Hole, Pixies and a whole load of obscurer punk and grunge and riot grrrl bands) but and it’s a big BUT, they have a unique as-you-can-get sound and feel all of their own. And a songwriting skill and maturity even that belies their youthfulness.

Their previous stuff was lo-fi, interesting and fun but this is a fully-formed work and NOT a ‘novelty’ album by a couple of kids brought up by their slacker parents on punk and alt-rock.

The songs are packed with teenage angst, doubt, cockiness,  rage, confusion and drama.  But they are not literal and linear. Some are baffling and seem to have been as influenced by Dr Seuss (The Cat In the Hat) and Roald Dahl (Matilda etc) as by Kurt and Courtney.

Now, a 52 year old man saying that about a 15 year old female songwriter may appear patronizing and crap but those books are works of genius and help younglings understand the world and introduce grotesques and surrealism and feed the imagination – so i’m not (being patronizing).   It’s actually wonderfully refreshing that they are not singing in rock’n’roll cliches, and that’s why Skating Polly are absolutely brilliant and the most interesting underground rock band in the USA today.

I love them. I love them in the same way I love my niece (Megan Pegan) who at the age of 13 was hilariously manic, singing, dancing, doing acrobatics, silly voices, making up songs, showing off… being so alive and funny and bizarre… and watching Skating Pollys videos reminds me of her.  Skating Polly have that teenage girl vivaciousness / shyness / slyness/ show-off-iness and I don’t think its a stage-managed affectation.

The album opens with the epic Oddie Moore -teenage diary meets Dr Seuss via the Pixies.

The misspelled Pretective Boy  includes some great not-easy-to- scan words including “those lyrics do have meaning and I will prove it” and the soppy  ” we’re like that movie we both like”  and is pure pop, never mind the bands self-declared desription of their music as “Ugly Pop”.  In fact it’s beautiful… it’s just that it has grubby knees and charity-shop clothes.

It’s not all punk-rock electric-guitar either; – there is loads of piano, which generally I find annoying ( hearing Imagine and other Beatles clunkers too many times) but the fact it’s percussive, simple, self-taught piano makes it a plus rather than a minus.  Arms and Opinions is a good example with a great story-lyric with some very Roald Dahl moments – putting cactus in her fathers shoes and glue in his tea-cup – and some Amanda Palmer -style changes in pace and melodramatics.

And  they really are great lyrics; “The first rule of holes is stop digging. the first step of getting out of a hole – stop digging.” is just as profound as ‘Imagine no possessions…’ to my mind.

The other unique thing about Skating Polly is the fact they use a bassitar -a cross between a bass and a guitar, purpose-built by their dad.

Touring with Babes In Toyland and being adopted by Exene Cervenka has meant they have picked up a few tricks dynamically but every song on the Big Fit is great. There are no fillers, they really are all killer, and they avoid cliches like that!

Picker of His Words is acoustic and a bit of a cutsie  ending but so beautiful and up there with the best of Nirvana’s unplugged work in my not-so-humble opinion, that it won me over.

I’m not in the business of predicting Greatness and Success generally but I really can’t see how Skating Polly can fail to be MASSIVE!   Nirvana-sized Big. The ‘new ‘ White Stripes!  In place of Katie Perry and Pink and Miley Cyrus.  That is – if they want to be.  Maybe it’s best that they gradually build and become a successful underground band.  I’d hate to see their lives fucked up by fame and money and cut-throat business-side of the Music Biz.

I hope they stay just as they are; near-perfect.  Hit-Girls with guitars and stories to tell.