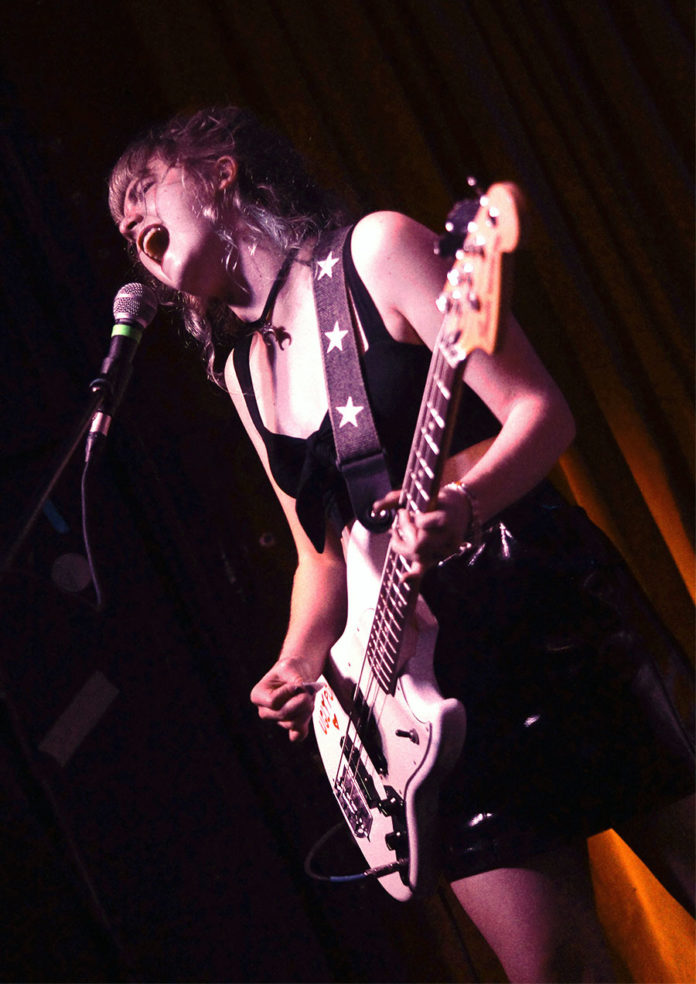 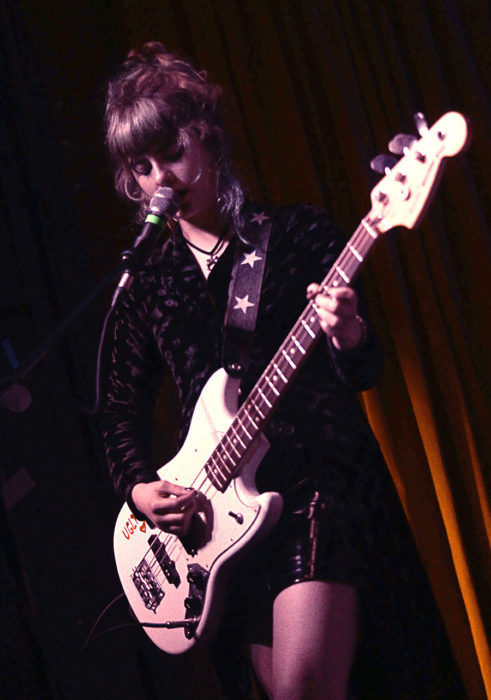 Cazz Blase and Phil King have an excellently sweaty time watching Skating Polly and She Makes War at their sold out Manchester show.

This show sees Skating Polly returning to Manchester for the first time since 2015, when they were supporting Babes In Toyland, and Laura Kidd touring for the final time under her She Makes War moniker.

When Laura Kidd takes to the stage tonight the first thing I notice is that she isn’t wearing any face glitter. It’s tempting to make a lot of this, given her recent announcement that she is retiring the She Makes War name, but it could just as easily be that she just didn’t fancy putting any on tonight.

Whatever the reason, there’s an ease and confidence to her performance that shows how far she’s come since last years Brace For Impact tour. It’s as though she’s realised she doesn’t have to fight for recognition anymore, that she has arrived, and that she can simply enjoy the moment. 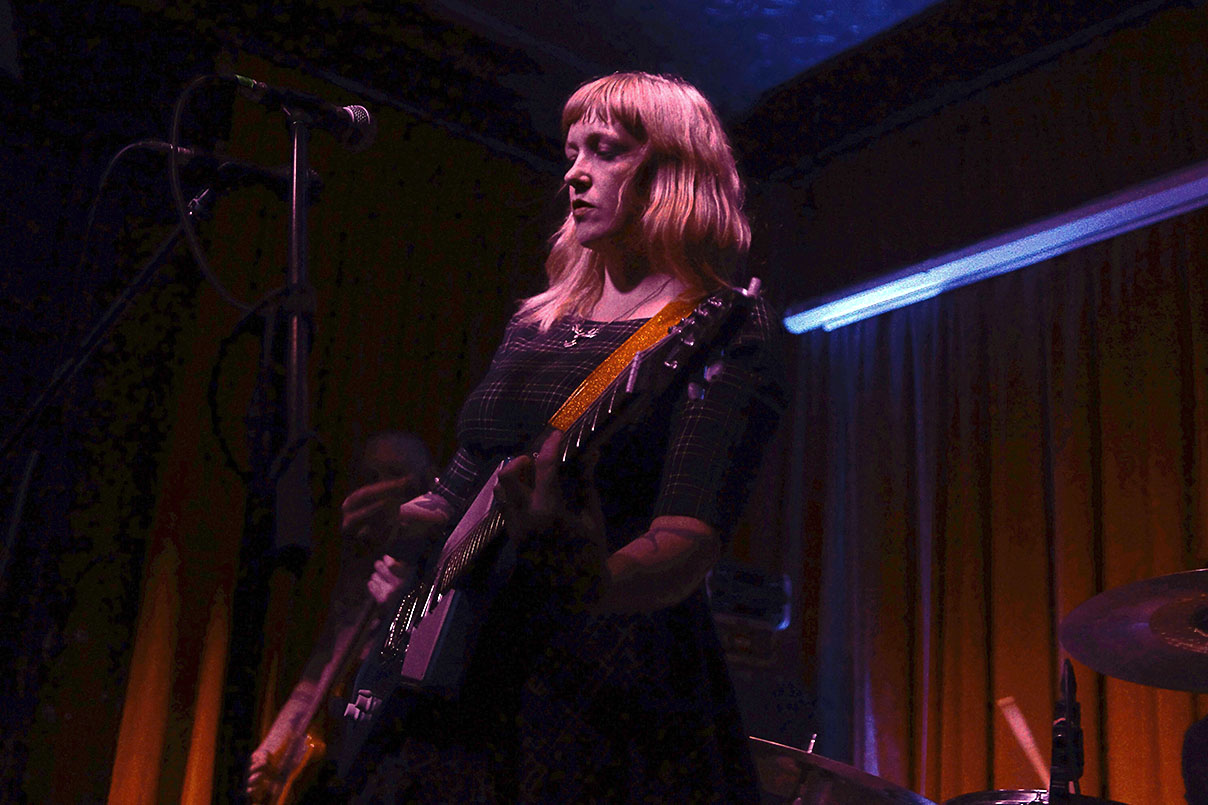 Laura and her band play a mixture of songs from the Brace For Impact album, including the gritty ‘Undone’ and ‘London Bites’ (which is a big hit in Belgium apparently), plus older songs such as ‘Slow Puncture’ and ‘Delete’. There’s a weary melancholy in a song like ‘Cold Shoulder’ that undercuts the pretty melodies and power chords, mixing the sweet and the sour and it’s easy to see that She Makes War’s particular breed of melodic grunge compliments Skating Polly’s ‘ugly pop’ very well. The two bands have clearly enjoyed their recent European tour together, and seem to like each others company as well as music. This makes for a really nice show atmosphere with acknowledgements of mutual respect given from the stage during both sets.

Skating Polly’s whirling dervish of a singer/bassist, Kelli Mayo, really really wants a Harry Potter cloak to replace her long ‘robe’ of a velour shirt. She, like the rest of the band, is suffering in the high humidity and she’s starting to see the advantages of a garment that it would be easier to take off when sweaty. Despite being cloakless, the band bear up bravely and Kelli in particular doesn’t let the heat curtail her stage antics, attacking her guitar with an intensity of purpose that is all absorbing to watch.

Guitarist Peyton Bighorse is a shyer, self contained presence than Kelli and the two compliment each other, both vocally and musically, with drummer Kurtis an impassive, reassuring presence behind the drums. The band play songs from last years album, The Make It All Show, as well as old favourites like ‘Hail Mary’. 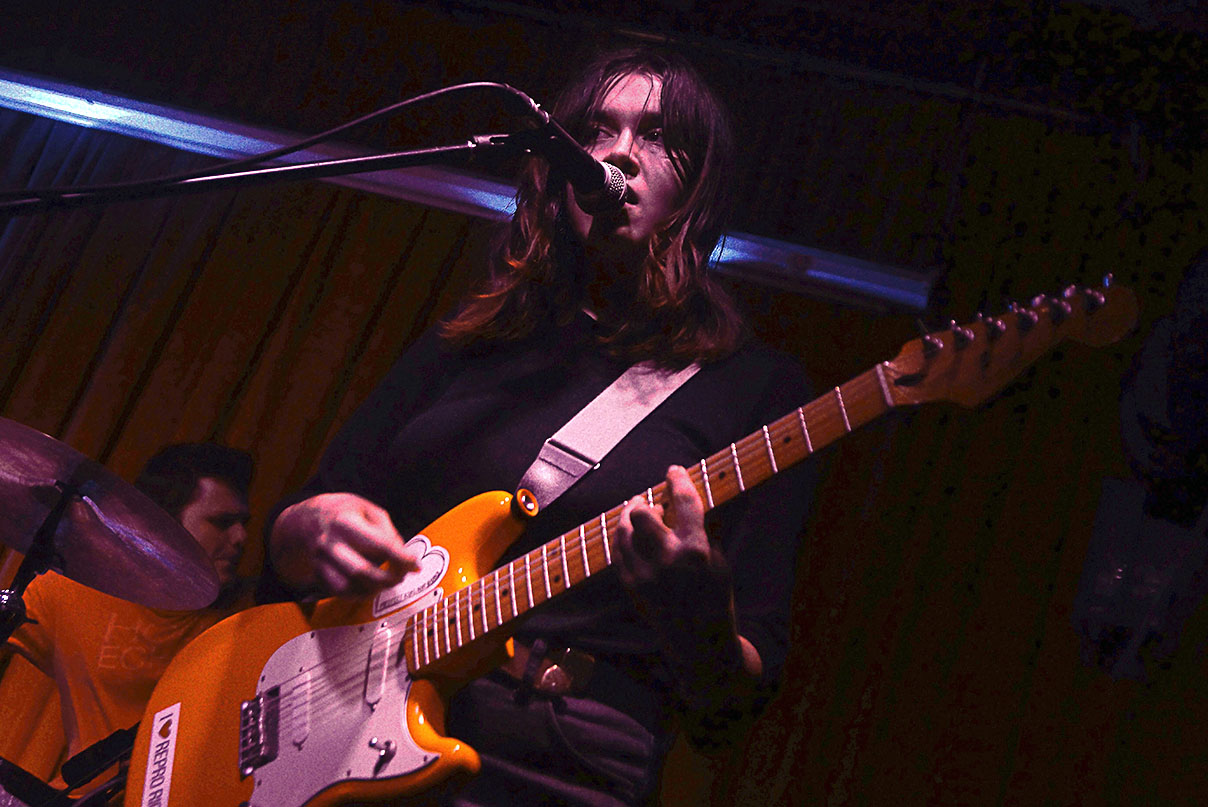 In addition to creating flawless punk thrash classics and grunge epics, they’ve recently shown signs of exploring a more melodic, quieter sound, as shown by the epic ‘Little Girl Blue And The Battle Envy’, which is a particular tour de force tonight. Recent single ‘Flyer’ is another example of this quieter, thoughtful approach and it’s a song that compliments the quieter end of She Makes War’s songbook well.

But as two of Skating Polly’s most recent singles – ‘Play House’ and ‘Camelot’ – show, full on grungy ‘ugly pop’ will always be the bands forte. The video to ‘Camelot’ was a particularly raucous affair, and Kelli pays homage to the mood of the song, and the video, by crowdsurfing. An impressive feat for a young woman clad in a very tight PVC mini skirt and bralet. 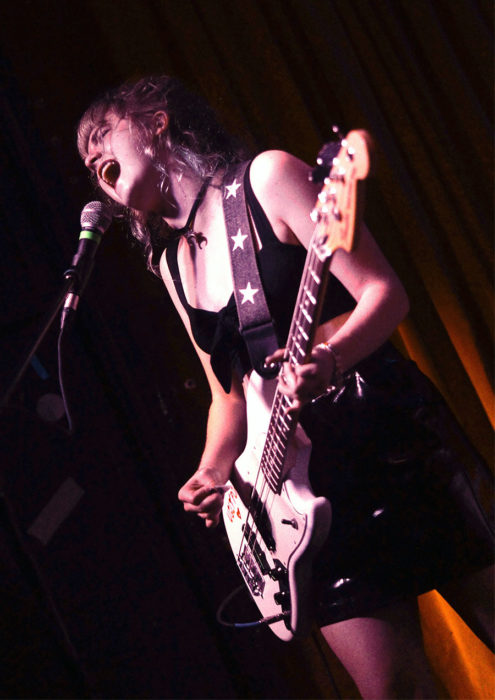 Towards the end of the set the band swap instruments and Peyton plays drums while Kurtis plays guitar. It’s a raucous, friendly conclusion to a set that has been energetic fun and pure joy throughout. As they leave the stage and walk through the crowd the audience are screaming for more.

This was a feverish, close, sweaty night of impeccable songs performed with good humour by two acts perfectly at ease with their audiences, and with each other. If anyone went away surprised, it was the audience, many of whom seemed dazed, but in a good way, some murmuring the phrase ‘best gig in ages’ and similar afterwards.