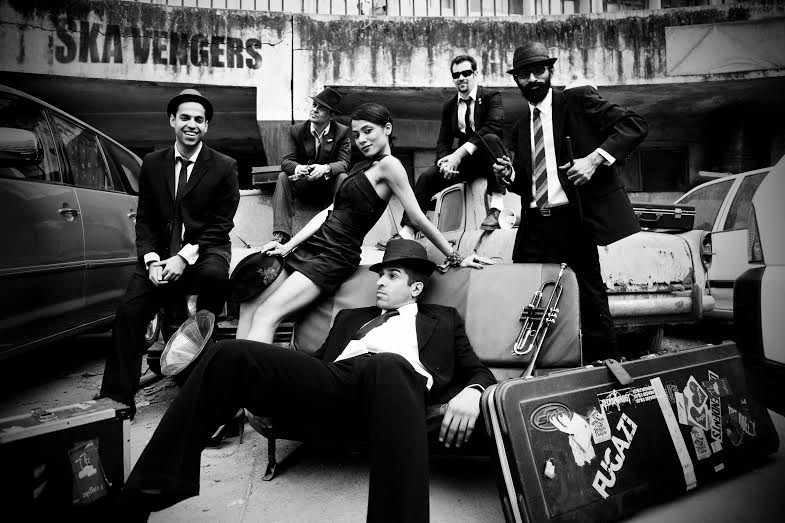 The story of Udham Singh (1899-1940) is an uncomfortable one for the British hierarchy – a story which The Ska Vengers draw attention to in their new single ‘Frank Brazil’. Louise Cuzner takes a closer look…

As an orphan who’d witnessed the horrific Jallianwalla Bagh massacre of 1919 overseen by General Reginald O’Dwyer, Udham Singh found himself asking many deep questions. He then went to the United States and, ironically, was radicalised there after hearing stories of the Babar Akalis. With a fresh fire burning in his heart, he returned to India.

To the rest of the world he appeared to live a simple life as a songwriter called Ram Muhammad Singh Azad. (He chose this name, which he used later in England, to emphasize the unity of all the religious communities in India in their struggle for political freedom.) But despite the apparently quiet life, the fire hadn’t gone and Udham Singh sought to pursue independence at all costs.

A whole 21 years later, on 13th March 1940, his chance came at the Caxton Hall in London. The now knighted Sir Reginald O’Dwyer was due to speak. Instead, six shots rang out from the pistol held by Udham (now called Frank Brazil) and the Knight of the Realm fell dead. No attempt was made to flee and Frank Brazil accepted his fate. He was hung very quickly, on 31st July 1940, and the episode was actively brushed under the carpet.

The Indian nation, however, did not forget. Udham Singh’s final angry words resonated with the growing feeling of unrest:

“I am not scared of death. I am dying for my country. I have seen my people starving in India under the British rule. I have protested against this; it was my duty. What a greater honour could be bestowed on me than death for the sake of my motherland?”

Never shy of courting controversy, the cult beat heroes of India, The Ska Vengers, have honoured Udham Singh with their new single, ‘Frank Brazil’, released appropriately on 31st July, 75 years to the day of his death . Their typical smooth Latin ska, sass with attitude, holds no prisoners and brings infectious rhythm to the itchiest feet near you.

Ska Vengers’ smooth, polished style lends itself to a worthy retelling of Frank Brazil’s story and demonstrates a distinctive maturity of mind. This one’s for dancers and thinkers:

The Ska Vengers are an eight-piece ska band from New Delhi, India. They’re kicking up a rumpus over there and they’re about to do the same here. Have a listen: they’ve honed their sound into the sassiest, tightest, funniest, liveliest, punkiest rocksteady jazzy dubby ska you’ll have heard in years.

They’re not amateurs, either. Ska Vengers’ first album, released in 2012, was mixed by music producer Miti Adhikari, who has also worked with Foo Fighters, Radiohead and Coldplay. The same year, the band staged the largest rock concert ever held in an Indian prison, donating $5000 worth of music and sound equipment to the jail in an event that was reported worldwide.

They made international news again last year with a song and video they released to coincide with the Indian general election, ‘Modi, a Message to You’, and are currently finishing their second album. They will appear at The London International Ska Festival in 2016 as they embark on their first UK tour.

All words by Louise Cuzner. This is Lousie’s first article for Louder Than War.