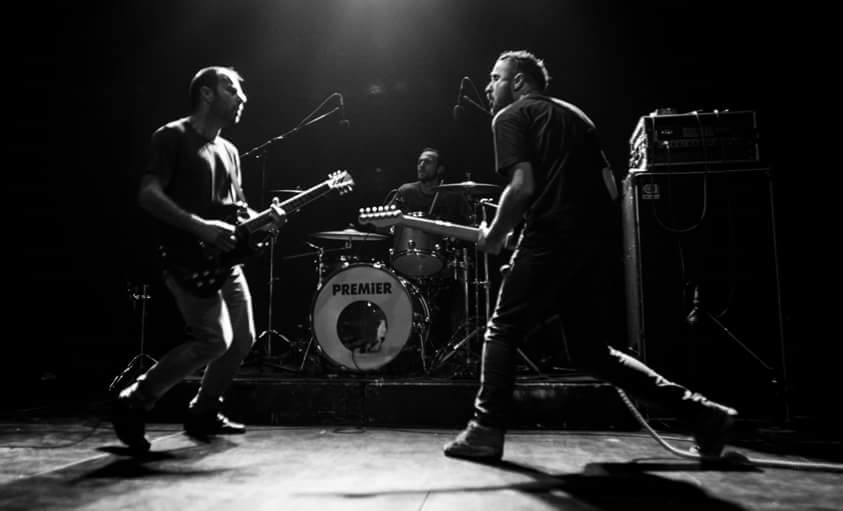 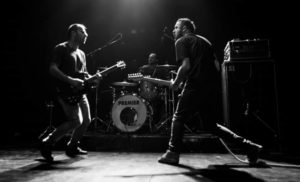 Siz are very special indeed -a  three piece – they deliver that perfect triangle of sound with two guitars and a frenetic frantic drummer. It’s thrilling energised collision of riffs like Jpn Spencer’s swagger served through the inventive guitar squabble of the Fire Engines, it’s free jazz, it’s punk rock but above all it’s heavy on the tunes.

This is no lazy noise option but a highly intelligent collision of riffs that sound like that sharp and angular Brit post punk in the hands of a Macedonian trio who were not even born then. Those battles have been fought and Siz are constructing brave new future from the relics of post punk and it sounds utterly enthralling and cranked.

This is a music you dance to and a music that makes you think. There are no lazy moments. This is a music stripped to the bone and exploding with ideas and its invigorating chops make them sound like the band that Domino Records dreams of every night or Franz Ferdinand would swop all their great hits for or the might Fire Engines would return from the musical grave for.

Some of the best music in Europe now is coming out of the Balkans.

Every time I got to an event like MENT in Ljubljana I’m thrilled by bands like Repetitor, I’m kick started by band like Siz – as ever isolation frees the artist’s hand.Sz make music for themselves and the audience are electrified by their take on guitars and the possibilities of pop and the incendiary thrill of guitars – this is the intense energy of pre rock star Clash, the limitless possibilities of post punk, the rigour of Big Flame, the riff collision of Gang Of Four and surf guitars played inside out with an intensity copped from their youthful love of American hardcore.

Siz could be the best pop group on the planet…