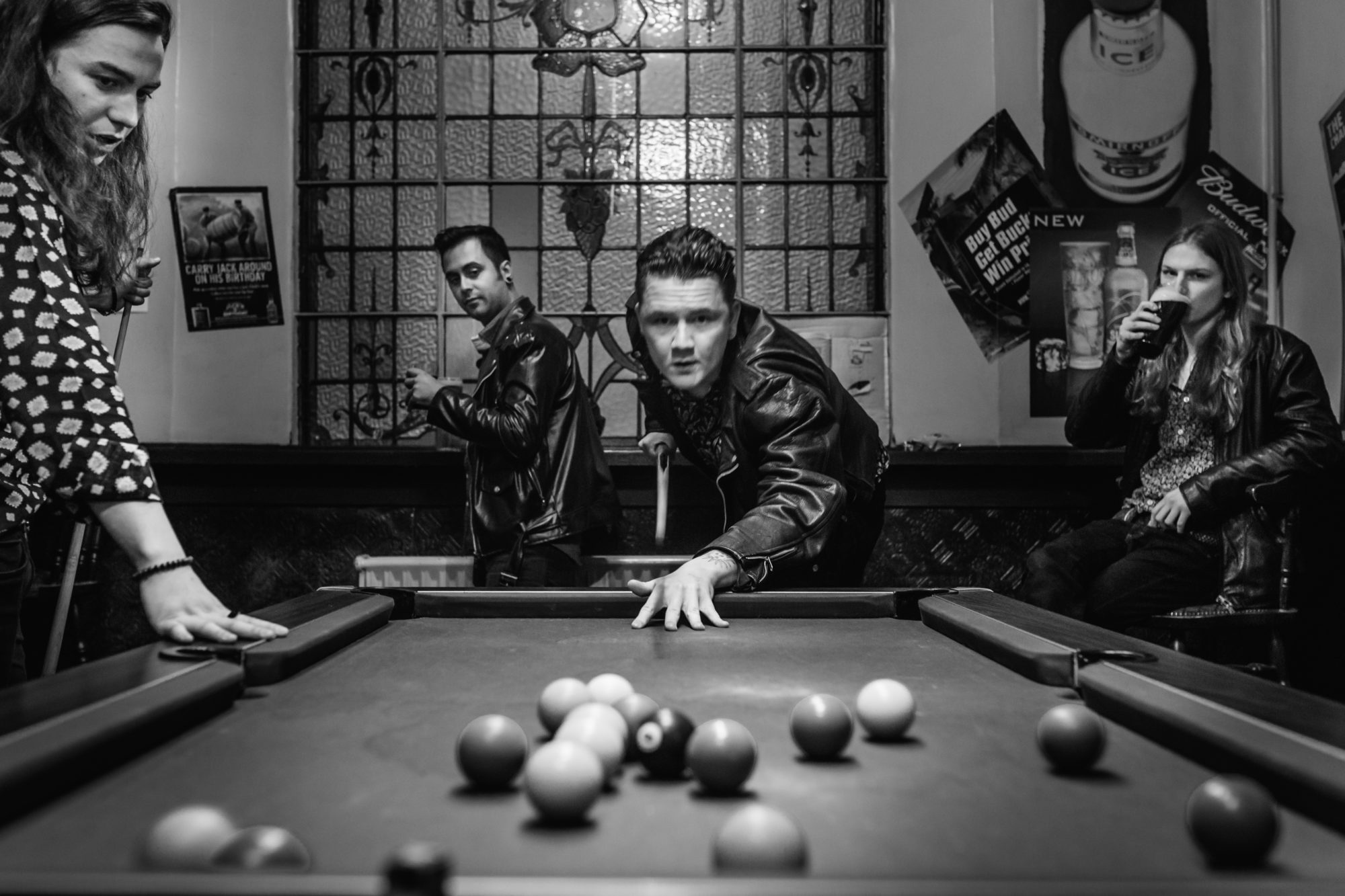 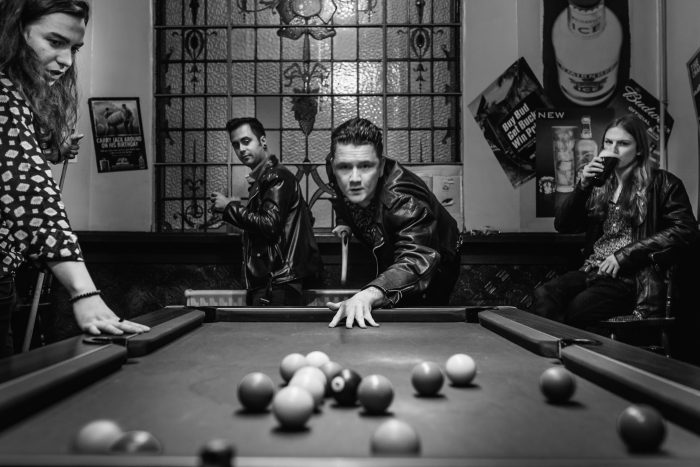 The band Sittin’ Pretty do something to my ears – and that’s not all. This four-piece from Bolton create sound simmering with depth and desire, expressed with a captivating quality which smashes the enigmatic and the aggressive together. Finally, a bit of reckless refreshment.

Their debut single ‘Then You Break’ has a blistering intensity, buzzing with hard-rock capabilities from the onset yet carefully co-ordinated and choreographed in a slow build which is brilliantly satisfying.

Sittin’ Pretty both look and sound big, with slick styling, lashings of long hair, leather, distinct dark denims – yet every member their own artist of what they convey. They’ve already had extensive live impact, a tour supporting Ian Hunter of Mott The Hoople fame and now they are embarking on a UK tour with Dirty Thrills.

‘Then You Break’ opens with an extended guitar intro from Lewis Grounds – a blast of noise giving way to the billowing feeling of more lingering notes, before the cymbals stir and the lyrics crash in with the beat – ‘I feel the tortured leather, it’s all over me’.

This is a track both evocative and provocative in equal measure, emphasized by a vocalist who volumizes the lyrics with gutsy, almost animal depth – Connor Wilde really is a force that leaves you thinking, ruminating over the line endings with a distinct vocal trill.  It’s served up with pace which pounds the contents home.

Yet, significantly for a band with such a strong vocalist, the rest add their own harmonies, giving the track further emotional gravitas. In fact, it provides a dwelling note – meaning that the acceleration of the chorus comes to hit you even harder. Goodbye cock rock, hello real rock.

The line ‘Then you break’ angles in with an upsoaring quality, cried out with extended notes which end with an accusative tone – ‘I still love you’. Ah, a track from a male four-piece which talks of feelings without being sickly nostalgic – instead raw, realistic and keeping a retro edge which is notably never dated. A balance well done from Sittin’ Pretty.

The chorus has a high-speed intensity which is contrasted with a more progressive type of mid-section, a beautiful bass and tambourine jam topped with a spiralling guitar solo. My kind of hit. Lincoln D’Amato brings a confidence to delivering bold bass rhythms which resonate in their own right, whist Olli Nicholson’s drums have flourish without overpowering the surrounding sounds – instead giving force.

The track ends with a chant-like intensity to the lyrics and expresses that this is a band determined to get under your skin – who will have you headbanging and heart-wrenched in the space of the same song. The bass boosts the final stretch of lyrics, the guitar gives brilliant bolts of strength.

Do I want more depth to the lines, or would a shorter cut perhaps have given the communication added crunch? No, the overall pacing and blend of sound with the sung sure is satisfying.

Sittin’ Pretty have already impressed on the main stage at The British Sound Project, with previous tunes such as ‘Take My Shoes’ which showed off their rock sensibility and it is their raw edge combined with creative rawness and yet the brilliant co-ordination of their tracks which captivates me. Expect plenty more from these guys. Highly recommended.