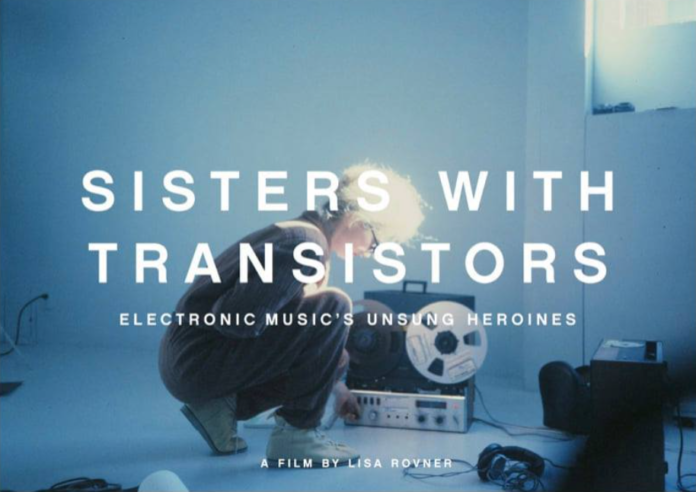 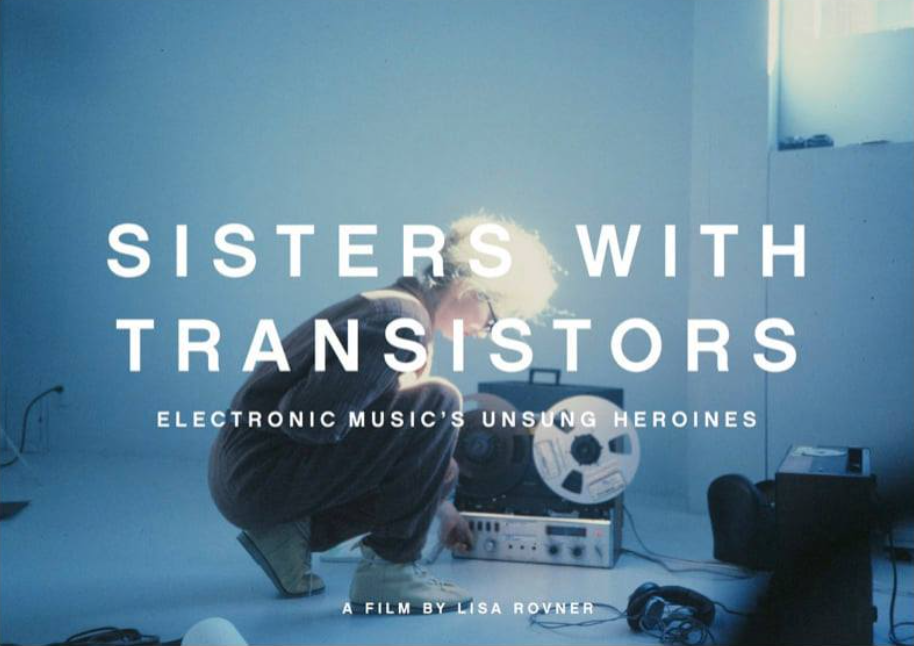 Women pioneered electronic music techniques and technologies, and the sounds of their stories reverberate and echo across the screen in Lisa Rovner’s powerful new documentary.

Sisters with Transistors is an ameliorative revisionist history of modern music. By using purely archival footage, Rovner emphasises how the material in her new documentary has existed in both visual and sonic forms for decades but – until now – hasn’t been presented in a way that reveals the essential role women played as progenitors of electronic sound. Through its structure, the film establishes a reparative twentieth-century timeline that focuses on nine women in pivotal years: Clara Rockmore (1928), Daphne Oram (1949), Bebe Barron (1956), Pauline Oliveros (1959), Delia Derbyshire (1963), Maryanne Amacher (1967), Eliane Radigue (1970), Suzanne Ciani (1976), and Laurie Spiegel (1986). Given its chronological construction as it excavates the accoutrements of electronic music-making, the documentary also reminds viewers of the technological developments of cinema over the same period. The archival footage begins with 16mm black-and-white archival material that slowly shifts to colour videotape in the 1970s and 1980s.

In both form and content, Sisters with Transistors highlights salient silences of voices excluded on the basis of gender. Indeed, the absence of sound carries great weight. The opening of the documentary illumines the sonic lacunae when women are not represented – no sound plays. It’s a notable and piercing hush, almost as if asking the moviegoer to wonder whether the auditory track has been mistakenly omitted by a technological glitch. Laurie Anderson’s narration later explains: “This is the story of women who hear sounds in their heads, of radical sound where there was once silence.”

Many documentaries, especially expository ones, feature taped interviews with figures who provide commentary about the subject matter at hand. For example, you’ll see archival or recently shot footage of the documentary’s subject on screen, followed by a cut to a medium-shot interview with so-and-so about that footage. Yet Sisters with Transistors does something different, further underscoring the power of sound. Mirroring a similar technique used recently in the inimitable Poly Styrene: I Am A Cliché, Rovner’s documentary doesn’t introduce video footage of commentators. Instead, only their voices play over images of electronic music pioneers like Daphne Oram or Bebe Barron. Even when Kim Gordon reflects on Maryanne Amacher’s distinctive techniques, Gordon’s comments serve only as voiceover recitation that complements visions of Amacher in her home studio. This approach insists that our focus remain on the subjects whose contributions to music history were previously excluded. We must see these women and recognise their contributions, Rovner intimates.

Speaking of visual aspects, one of the great feats of this documentary is its ability to demonstrate the inextricable link between sight and sound. Sisters with Transistors turns Daphne Oram’s “oramics” – drawn representations of acoustic waves – into punctuation marks across the documentary. Full-screen black television screens demonstrate, across time and place, how electronic auditory elements look. From the start, Oram’s technique was tied to practices of cinema. She developed an Oramics composition machine that allowed musicians and filmmakers to, quite literally, draw sound onto 35mm film strips.

The use of abstract archival footage also suggests that the electronic music at the heart of this film can take varying forms, depending upon the subjectivity of the creator. Images of shadowplay and neon light mesmerise the viewer, hinting that it’s the sounds produced by synthesizers that give rise to these other-worldly visions (and not the other way around). At times, the documentary seems as if it could serve as a sensory follow-up to Dziga Vertov’s Man with a Movie Camera (1929), revealing the sheer necessity of sonic engagement. Such cinematic connections persist, beautifully, throughout the documentary. In what feels like a homage to mid-century avant-garde and experimental filmmakers, the film revels in flickering visions of light and dark – marked, of course, by electronic notes – that conjure works of Maya Deren, Stan Brakhage, and others.

Electronic music has great power, especially when revolutionary and innovative women are behind its creation. The documentary remarks upon the anthropomorphic quality of the instruments that produce these groundbreaking sonic visions. Laurie Spiegel gloriously observes how technology can “blow up power structures.” Theremins, synthesisers, computers, and other devices can resist a kind of dehumanisation of music, Spiegel intimates, even as fears of artificial intelligence become more pervasive in the twentieth century. Sisters with Transistors depicts those technological tools as being akin to human appendages that can smash the patriarchy.

I do wish the film had spent more time on Wendy Carlos, the incredible trans woman who played a key role in the development of the Moog synthesizer. And I was waiting for Rovner to use Suzanne Ciani’s appearance on the David Letterman Show in 1980 to rebuke the television host for his misogyny. Yet it’s difficult to know with certainty why certain segments appear in any documentary and others don’t, and sometimes it’s not fully up to the filmmaker but rather a result of costs and compromises.

There is so much to love about this film, from Laurie Anderson’s narration to the haunting images of Clara Rockmore playing the theremin like a magician. Sisters with Transistors illumines the ways in which women, both metaphorically and sonically, shattered barriers to make electronic music and change the history of modern sound. If this film doesn’t make you want to go out immediately and buy your own theremin, I don’t know what could.

Sisters with Transistors was written and directed by Lisa Rovner, produced by Anna Lena Vaney, edited by Michael Aaglund, Mariko Montpetit, and Kara Blake, with sound design by Martha Salogni. Visit the film’s website to learn more about women pioneers of electronic music and opportunities to see the documentary at home or in your local theatre. You can also follow the film’s Twitter, Facebook, and Instagram accounts.