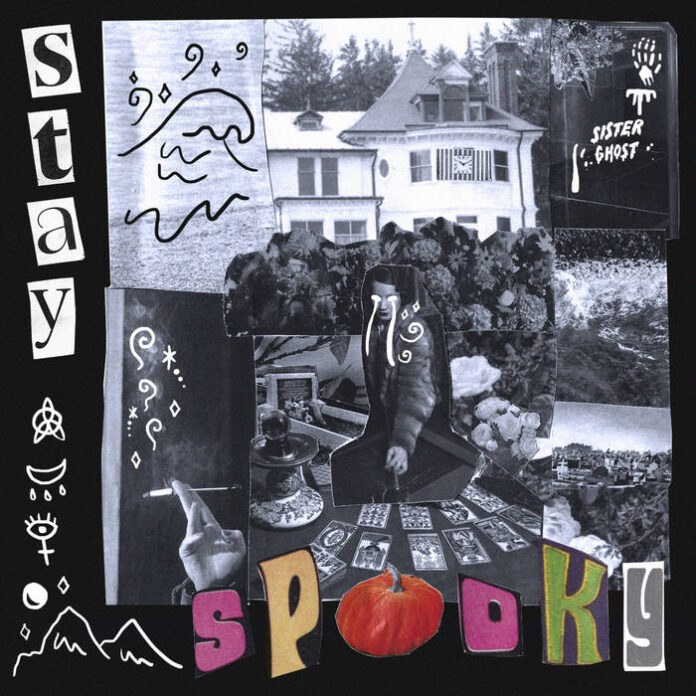 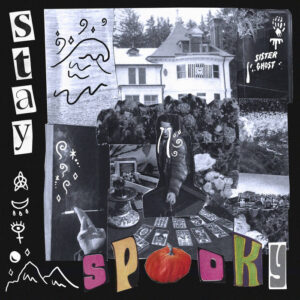 Sister Ghost’s new EP Stay Spooky is haunted by magnetic ghosts of the ‘90s, and those spectres are radiant and fierce.

Shannon Delores O’Neill of Sister Ghost has woven together a thematically nuanced collection of songs that are, quite simply, the kinds of tracks where you want to keep turning up the volume. From the first soft and offbeat notes of Sink Like a Stone, the EP is true to its title, yet it also reveals how hauntings can be kinetic and spirited affairs.

Sister Ghost hails from Northern Ireland and previously released some incredible tracks like Fake Friends Run This Country, a raging political anthem, and Bruised Fruit, a song that appeared on a LOUD WOMEN compilation in 2021. If this band isn’t already on your must-listen and must-see lists, grab a pen.

The new EP Stay Spooky starts off with Sink Like A Stone. It’s a song with intentionally unsettling guitar riffs like rolling waves, slowly lapping. The music mirrors Shannon’s echoing, subdued voice in the vocals, already haunted: “Will the tide pull me in/ Or will the tide drag me down.” The title already has me recalling Chris Cornell’s heartrending voice in the Audioslave single Like a Stone, and I can’t help but think of the late singer haunting the first track on this record.

While Sink Like a Stone sets up a sombre atmosphere, the rest of the EP immediately unfurls new forms of the uncanny with a little bit of Shirley Manson and Courtney Love, hints of Donita Sparks and Tanya Donnelly, and a lot of Nina Gordon and Louise Post. Add Shannon O’Neill’s name to that list, please! In a lot of ways, New Age Witch, the second track on Stay Spooky, sounds like a Veruca Salt song you wish the band had recorded. It reminds listeners of the vital role women have played in shaping grunge and its successors.

The intensity and rapidity of New Age Witch continues in Buried Alive, a track with lyrics that illumine the disembodiedness of modern life—perhaps particularly for a female musician challenging the injurious norms that haven’t shifted all that much since the ‘90s. Yet the track also speaks to the ghostly threads running across the EP, marking the constant contradictions of the living dead: “Preserved now for all to see/ embalmed it’s taking over me/ And I shiver to my bones/ And I’m left here all alone/ And it’s starting to feel like home/ But it’s getting dark in here.”

Cut Like A Thorn serves as a perfect final track. Its rapid garage-grunge beats and lyrics reflect the contradictory sweetness and ferocity of the nostalgic sounds that reign across the EP. I would have been the first in line to buy a release of Sister Ghost’s music on CD in the ‘90s, and I can’t stop streaming it in the 2020s.