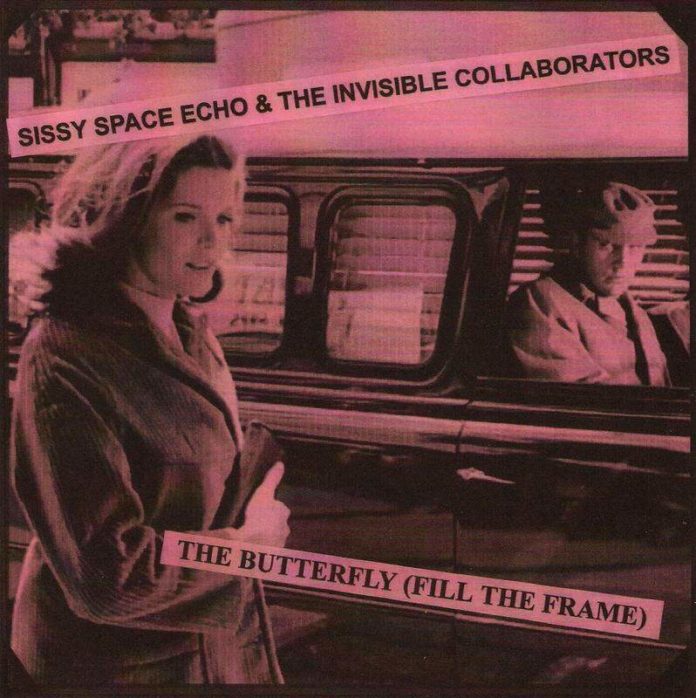 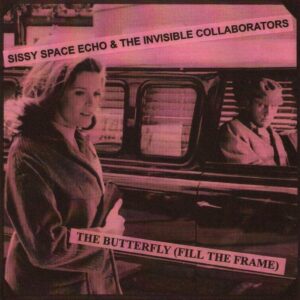 All too often in the modern age, the attitude from listeners to music is overtly passive. Instant streaming, background music, shuffle playlists… limited, if any, interest in the artists who produced the work. Releases like this split 7” release by Sissy Space Echo 7 the Invisible Collaborators & The Edible Eyes prove that there are still people who care about their art and cater for the vinyl junkies and audiophiles amongst us.

In my little bubble, music is something to get excited about – it is all consuming, something to get enthused about. To become fully immersed in and inspired by everything about it. To want to know about the band, to study the sleeve and the artwork, investigate more about the label, and obviously not forgetting getting lost in the music. Music is a full package, not just a faceless track in the background on a soulless streaming platform.

Imagine my anticipation then, when this new split 7” landed on my doormat.

It is always an electrifying feeling to receive a record shaped package, but on opening this one, it filled me with a long-forgotten joy, bringing back feelings of days gone by, making me feel young again.

The sheer sturdiness of the package before I sliced open the seal told a tale in itself. This was going to be a quality slab of vinyl. Of course, I was proved 100% correct. An old skool 7” taking me back to my 80’s youth. The sleeve recalling the old DIY aesthetic, with photocopied sleeve in a ziplock plastic bag, solid heavyweight vinyl with classic 45 logo design on the label. I was sold, even before I heard the tunes.

Ah, the tunes! Lest I forget.

A sublime treat for the ear-drums.

The two diverse songs that take you on their own psychedelia tinged trips.

The Edible Eyes have a warning for us as we hurtle ever further into the 21st century… You’re Void. They do it in a trippy vibrato-laden synth manner. The underlying rhythm pulsing through you, overlaid with a dreamy trance-like melody and a deliciously wistful vocal.

Sissy Space Echo (ex of Girl One & the Grease Guns) & the Invisible Collaborators, on the other hand take us on a languid woozy sixties drone rock voyage channelling a Nico era Velvet Underground spirit on The Butterfly (Fill the Frame). The delicately strummed guitar interspersed with rhythmic drums and tambourine tantalises and hypnotises as a perfect foil to Sissy’s breathy unruffled vocal. Blissful.