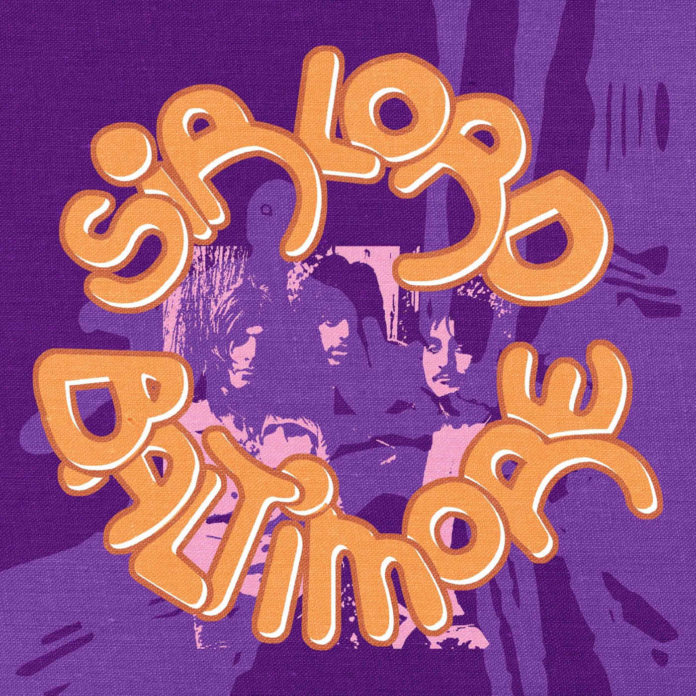 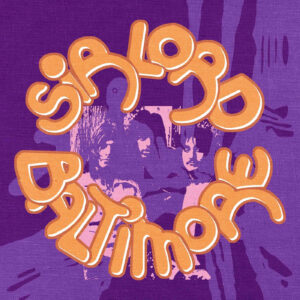 Coming from the tough streets of Brooklyn New York, Sir Lord Baltimore was formed in 1968 by drummer/vocalist John Garner, Gary Justin on bass and guitarist Louis Dambra. Very much in the fashionable power trio style of the day, they soon started to rack up the “power” element to savage proportions. After successfully auditioning for talent scout Mike Appel (formerly of psych act the Balloon Farm), he effectively acted as the group’s fourth member/manager, contributing lyrics and musical ideas. They contrived to make their live bow within the historic environment of Carnegie Hall. Everything was large-scale and over the top about SLB, but most of all it was their no-holds barred, loud and fast sound that warranted attention.

Mercury Records noted their growing popularity and signed the band in 1970, with Appel tutoring the inexperienced band through the sessions. At one time Appel found that a mysterious buzz he couldn’t track down was actually coming from Dambra humming along to his guitar lines! Eventually Eddie Kramer was called to polish up the Appel sessions for general release. The producer knew a thing or two about getting the best out of noisy musical combos, having been engineer to the Jimi Hendrix Experience on their three albums and also Blue Cheer’s Outsideinside. Just the previous year he had worked on Led Zeppelin II. So all things considered he appeared to be just the man to mix Kingdom Come, Sir Lord Baltimore’s debut LP.

This record has gone down in history as one of the first described as “heavy metal”, when it was reviewed in Creem magazine by Metal Mike Sanders (later of the Angry Samoans). It is presented here in all its bombastic beauty, with the only real let up being the acoustic guitar chill Lake Isle Of Innersfree. Other than that this is heads-down power mayhem, nirvana for noise junkies. Master Heartache lets the listener know in no uncertain terms that it’s going to be a rocky ride, but a thrilling one too with frantic riffing, thundering drums, pummelling bass and Garner’s manic yodelling – there is a hell of lot going on, all of it at breakneck pace.

The following track Hard Rain Fallin’ is, if anything, even more intense and has an in-built funkiness which Dambra gleefully fires his insane guitar salvos over. The stop-start Lady Of Fire is lead by the bass as the guitar solos almost ceaselessly, with a lovely rough fuzz. After that three song blast the gentle slowie Lake Isle Of Innersfree’s intro feels like the aural equivalent of falling off a cliff. Some respite, but it is only brief as they pile into the aptly named Pumped Up, the track that heralded the conclusion to the first side of the original vinyl album.

In such heavy-duty company, the buzzing title track seems a little humdrum by the standards Sir Lord Baltimore set on side one. I Got A Woman sources the blues in its original, devilish form and Dambra’s guitar invention is at its apex here. Hell Hound keeps the jamming hot, but Helium Head (I Got A Love) is proto-punk-metal of the highest order. Fast and explosive, fiery guitar volleys and met with ultra-nimble bass lines and Garner’s vocal pyrotechnics, this one is an absolute peach. All that’s left is the funky blues smash of Ain’t Got Hung On You to complete Kingdom Come as a freewheeling musical ride to oblivion. As proto-metal records go, this one sits near the very top.

Although the debut album, despite its strengths, had not made the expected commercial progress, Mercury persevered and Sir Lord Baltimore released their self-titled second collection later on in 1971. For this LP the band was expanded to a four piece with the addition of Louis’ brother Joey Dambra, which brought the band up to a two guitar line-up. Though not quite the level of the debut record, this set has plenty of superfast rock & roll antics in its arsenal.

Most of side one of the LP was taken up by the eleven and a half minute song cycle Man From Manhattan. In reality more five songs welded together than anything else, the vocal dominated slow introductory piece of Act 1 gives way gradually to something more in keeping with Baltimore’s heavy chaos, but this time with a bit more in the way of choral mysticism. Things ebb and flow with plenty of silent or near-silent passages and with this quieter approach some of the lyrical shortcomings tend to be laid bare. Still there’s a decent attack in the guitar which makes things worth staying with and better is to come. Like on the MC5-style testifying shout and riffage of Where Are We Going, which has some great sax and r&b drive. It also has some “live” audience noise, but this was a studio creation as reading the sleeve notes and between the lines Sir Lord Baltimore struggled to present their essential attack in a live setting.

Side two goes back more to the approach of Kingdom Come with four tough rockers. The pick for me is set closer Caesar Lxxxi, some great drums and choppy rhythms on this one. Overall Sir Lord Baltimore the album was a notch below the debut, but a solid and heavy collection of proto-metal nonetheless.

The final album here, 2006’s Sir Lord Baltimore III Raw, is a reasonable metal album that understandably doesn’t hit the heights of the two LPs released during their original incarnation. As people have noted elsewhere, not having Gary Justin’s distinctive bass runs is a major problem as they were a big part of the band’s original sound. This record was made up of material originally penned at the time of the other two albums, but with new lyrics that reflected John Garner Christian leanings (he was a pastor by the time of recording).

Gung-ho opener (Gonna) Fill The World With Fire sets things up nicely with a rumbling drum intro and manages to be a convincing update of the original Sir Lord Baltimore sound. Aside from the acoustic strum of Wild White Horses, this is a decent enough 21st century loud heavy metal record, a good showing for a reformed band which doesn’t really capture the boneheaded might of their heyday. Still that was a pretty big ask and at least on Rising Sun they give a hint of their former potency. Both Garner and Dambra have passed away in recent years, leaving Sir Lord Baltimore – III Raw as the band’s final statement.

One of the good things about this set is that a review of the first album from mega fan Julian Cope is included as well as another dip into his Head Heritage site for a take on the second LP. Setting his performing achievements to one side, Cope is one of the best music writers I have ever read, getting the excitement down on paper in a way that is completely inspiring. A nice bonus to the set, as are the gatefold mini-sleeves that house the 70s LPs. The only thing that could have done with more of is for me is a bit more of the band’s history, but it is a well put together set.

At the time Sir Lord Baltimore slipped through the cracks, barely making much of a mark. But their legend steadily built on the high-flying, louder and faster than anyone else attitude of their two 1970s albums. They still sound great today and it is easy to see they were well ahead of their time. That the band came back on the back of those records’ enhanced reputations and did not disgrace themselves is in their favour, as they couldn’t really be expected to recapture the times and the form of thirty years previous, especially minus Gary Justin’s funky bass. They came, they saw and if they didn’t conquer they made a hell of a noise trying and the Complete Recordings 1970-2006 is still a rocket powered ball of fun.