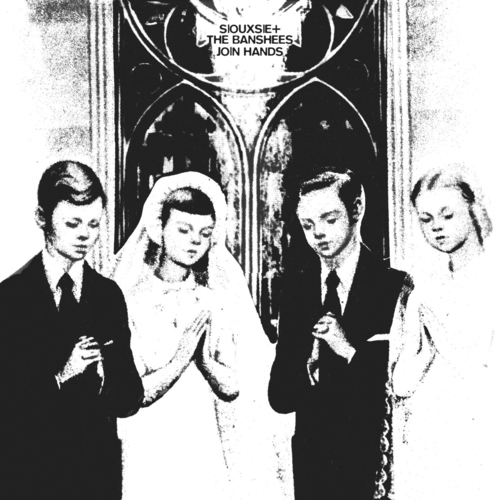 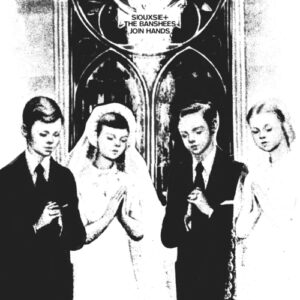 For this year’s Record Store Day, Siouxsie & The Banshees have announced a limited edition vinyl pressing of the seminal ‘Join Hands’ with its originally intended sleeve and track listing.

Back in 1979, and with the album ready to roll in its John Maybury designed sleeve, the band’s then label Polydor suddenly got cold feet about the supposedly “religious nature” of the artwork and substituted it for the version we know today. Upon release it reached #13 in the UK Albums Chart. The album is significant as it wasthe last album with the band’s first recorded lineup, as guitarist John McKay and drummer Kenny Morris quit the group after a disagreement at the beginning of the supporting tour.

The Record Store Day release will see the remastered album pressed onto 180GM gatefold vinyl with the track ‘Infantry’ restored to its rightful place as the album closer.

Siouxsie: “I’ve always loved the artwork John Maybury presented for Join Hands and it’s wonderful to see again after all this time… Along with the inclusion of ‘Infantry’, here it is finally to have and behold in all its full glory.”

Steven Severin: “Not only does the album now look how it was intended but now boasts the original track listing. I can’t really remember why ‘Infantry’ was left off originally. Maybe we felt we hadn’t the time to develop it a bit further, maybe because it wouldn’t have fitted into the live set. Either way, it’s here now for posterity.”

The RSD edition of ‘Join Hands’ will ONLY be available to by in a record store.