Home Music Reviews Album Reviews Siouxsie And The Banshees: ‘The Scream’ — a reappraisal 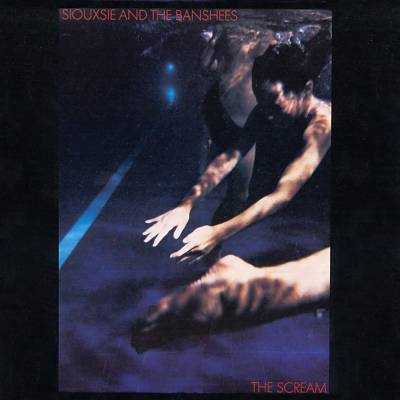 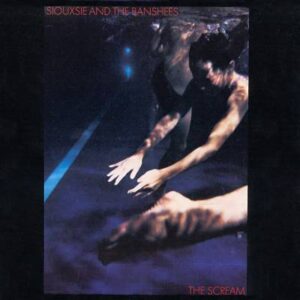 Siouxsie And The Banshees — The Scream

As word reaches LTW that there is something afoot this year in The Banshees camp, it’s maybe high time for a look back at their debut album, released in November 1978. Here Joe Whyte does just that.

The first wave of punk was becalmed in the doldrums by this point. Post punk was still a figment of some journalist’s imagination. Politically, the UK was part grey Orwellian uber-state, part suburban dream zone.

The Banshees are probably best remembered for the “hits”Â period when Siouxsie, Severin, McGeough and Budgie were regular, if somewhat strange, fixtures in the pop charts.

As with many groups from the punk era, The Banshees are primarily remembered as a “singles”Â band but this ignores the absolute crucial impact The Scream had on UK music at the time.

The Banshees had left punk pogoing and spitting firmly in their rear-view mirror with an album as unexpected as it was ground-breaking.

I saw The Banshees at the Glasgow Apollo the month before the album’s release (with Spizzoil and Simple Minds bottom of the bill. £2.50 a ticket, too!) and the live power of the original line-up was hugely at odds with their then reputation as non-musicians.

To paraphrase Paul Morley, The Banshees were punk like Pharaoh Sanders or Miles Davis were punk. Squalling, uncompromising and visceral. Energetic, spacey and melodramatic.

Opener Pure sets the tone. A whirling dervish of a song with nods to Can and the Velvets, it spirals in and out of control as Siouxsie’s paranoid lyric leads the charge.

Metal Postcard is perhaps the central song on the album.

Beatles-slaughtering cover version Helter Skelter has an almost joyful glee in it’s climbing, fluttering changes. There is clearly a reverential tone to Siouxsie and friends nods to their musical heritage, but this is all something very new.

Switch, the longest and perhaps most complex song on the album closes.
A claustrophobic, creeping dread lingers throughout before it lunges breathlessly to an end.

As an album that has influenced and informed music as diverse as Massive Attack, Franz Ferdinand and countless other post punk revivalists it is intoxicating, volatile and peerless.

Despite The Banshees next incarnation following the split of The Scream/Join Hands line-up enjoyed huge success, it’s interesting to wonder “what if” had they survived.

Morris and Mackay dropped completely off the map leaving the Sioux/Severin core to continue.

The split, in Aberdeen, also meant that I never saw them the following night in Glasgow on the 1979 tour.

A wee postscript to that: Titch, drummer with support band Altered Images (they were good, then) was given Morris’s drumkit that night. He used it on every Altered Images record and show.

Dig it out. Play it.