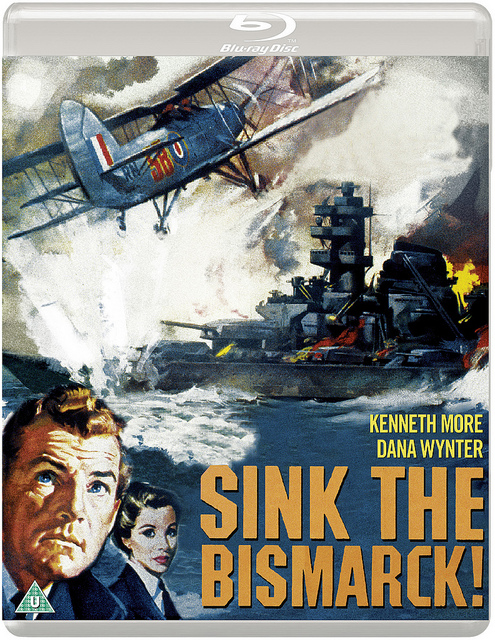 Jamie Havlin gives his take on a film telling the true story of one of World War II’s most notorious sea battles.

Based on C. S. Forester’s 1958 novel The Last Nine Days of the Bismarck, the film was directed by Lewis Gilbert, a man with an impressively diverse filmography. This ranged from Alfie to three James Bond thrillers, although none of these films had been made when the director started work on Sink the Bismarck! He had, though, already helmed five war movies by this point, including Reach for the Sky (1956) and Carve Her Name With Pride (1958).

During the Second World War, Gilbert had joined the Royal Air Force’s film unit, where he worked on a number of documentaries, and it’s easy to see the influence this had on Sink the Bismarck. The movie even begins with some real footage of the Bismarck’s launch in Hamburg, with Hitler himself attending the ceremony.

Nazi Germany’s biggest and most powerful battleship, the Bismarck soon proves to be highly effective in sabotaging shipping convoys in the Atlantic vital to the British cause. A symbol of German military ingenuity and prowess, this is a leviathan that the Nazis believe is unsinkable. Luckily, not everyone in the Royal Navy judge this to be the case.

A man with a headful of Brylcreamed hair and the stiffest of stiff upper lips, Captain Jonathan Shepard (played by Gilbert regular Kenneth More) has only just started in his new job as the British Navy’s Director of Operations in Whitehall when he’s catapulted into action.

British intelligence via a source in Norway discover the Bismarck and a cruiser named the Prinz Eugen are about to sail out from their anchorage in the Baltic. The plan being attack further convoys between British and American shipping lines.

Shepard might be as ‘cold as a witch’s heart’ but as the First Sea Lord observes, the battle of the North Atlantic ‘isn’t going to be won by charm and personality.’ He is assigned to coordinate the hunt for the Bismarck and is assisted ably by his team, increasingly relying on the common sense of his assistant, WRNS Second Officer Anne Davis (Dana Wynter). ‘If she ever got angry and walked out, we’d lose the war,’ he is warned in his first day at work by his departing predecessor.

Sink the Bismarck! is unusual in that the majority of its running time is devoted to the men and women behind the scenes at the British naval command headquarters. Additionally, it’s told from the viewpoint of both British and German sailors aboard their own side’s vessels. As war films of the era go, this is pretty even-handed and it’s a largely historically accurate take on one of World War II’s most famous naval engagements. Occasionally, though, the film does embroider some facts to help heighten the drama.

The emotionally reserved Captain Jonathan and his air-gunner son serving on the Ark Royal, never existed, while on the German side, fleet commander Admiral Lutjens (Carl Möhner), was apparently far from the stereotypical Nazi portrayed here. 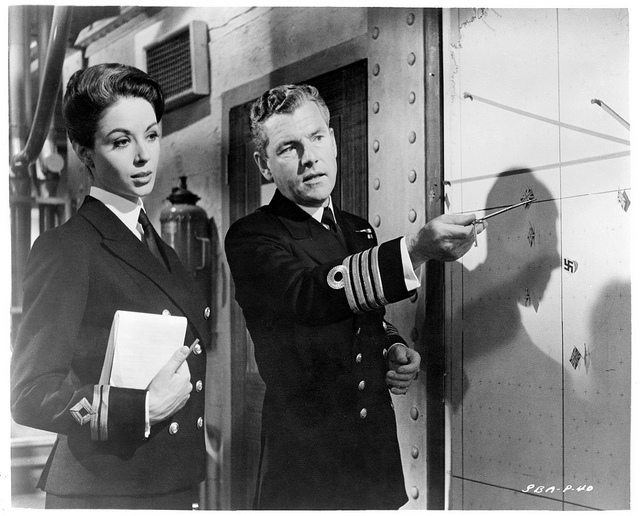 Shot in black and white CinemaScope, the film is a well paced and fascinating look at a subject that I knew little about.

The special effects must have looked impressive at the time. The Royal Navy did allow the production to use some of their vessels that took on the Bismarck. Gilbert also employed some authentic stock footage and utilised a number of large-scale models of ships. These were shot in massive tanks of water from a distance, which gives the impression onscreen of being viewed from the enemy battleships.

Kenneth More is perfectly cast – interestingly, he had served as a Royal Navy lieutenant in HMS Victorious during the war. Dana Wynter (Invasion of the Body Snatchers) also excels as Anne Davis, a rare example of a woman in a position of relative power in a British war film of the era.

Eureka Classics presents the film in its UK debut on Blu-ray.

Extras include a new and exclusive interview with film historian Sheldon Hall.

For more on the film: https://www.eurekavideo.co.uk/classics/sink-bismarck