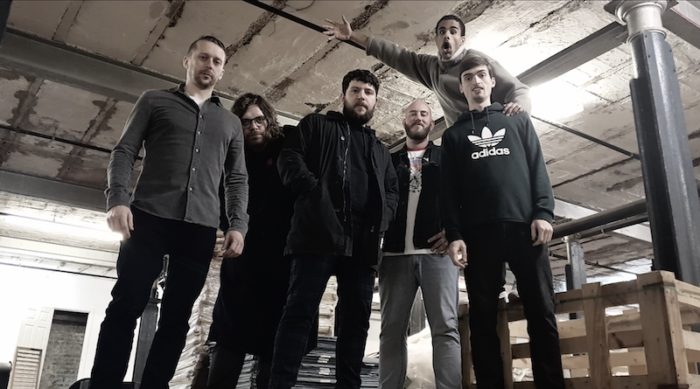 Paper Buoys and The Pagans – In Faith So Blind

Two of the West Midlands’ most exciting and angry bands come together to trade both blows and brilliance. Sam Lambeth reviews.

Pulled pork. Salted caramel. Shane Warne and Elizabeth Hurley. Just three things that in theory should never have gotten together, that somehow created delight and deliciousness across the globe. Well we can now add Paper Buoys and The Pagans to that exclusive list. Both from Birmingham, the former’s politically-charged punk bile and the latter’s furious fusion of rap, rock and world music blend together in a fantastic flurry of modern-day diatribes.

Paper Buoys have long solidified themselves as the Second City’s main stakeholders of sullen rage. Their songs come out of not just what’s being sensationalised in the mainstream media, but also the everyday anger that comes from being continually shafted by the upper classes. It’s the kind of begrudging rage that would set a pub night on fire, and with each passing song the Buoys are channelling their chundering into needle-sharp observations and equally cutting rock bluster.

The Pagans, affixed with the loving moniker Shepherds of Humanity, are a five-piece troupe from contrasting backgrounds and passions. Brought together, however, their sound is more of a journey. It’s a long and exciting trip through the expressionism and earthy anger of grime, the slick and fluid couplets of rap and the rhythmic joys of early-noughties indie.

Together, In Faith So Blind makes one of the most curious and compelling duets since Teenage Fanclub and De La Soul released Fallin’. Energetic, brutish but with just enough beauty, ‘In Faith So Blind’ balances The Pagans’ bullish beats with Paper Buoys bristling energy. The vocals trade between one another like angry politicians at a Brexit pizza parlour, with enough musical muscularity to give their words real depth. Another triumph for the Midlands and another victory for the common man.

Find out more about Paper Buoys and The Pagans by visiting their Facebook pages (link in names).

Sam Lambeth is a journalist, writer and musician. He is on Twitter, and more of his work can be found on his archive.