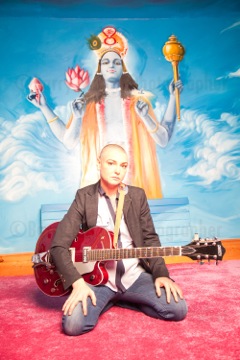 Via a short press release Nettwerk described themselves as:

“…thrilled to announce the signing of a worldwide album deal with the inimitable Sinéad O’Connor.”

An album of brand new recordings ‘The Vishnu Room’ will be released on the 11th of August.

Indicative of where Sinéad is in life, the album is passionate, and direct, yet with an overarching fragile beauty. As always Sinéad’s voice is a weapon, as powerful as it is tender.

“Having published Sinead as a songwriter for the last 5 years, it’s great to now broaden that relationship to the Nettwerk label too . The new recordings are incredible and we’re all very excited to be working on this worldwide release for later this year” Blair McDonald. MD of Nettwerk Music Group UK.