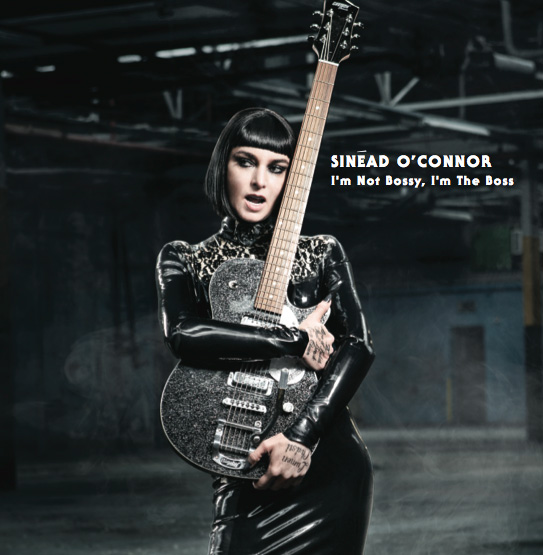 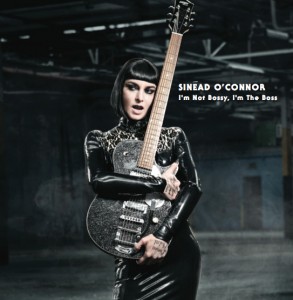 A new collection of songs from Sinead O’Connor that won’t let you sit still, reviewed by Louder Than War’s Fat Gay Vegan.

I’m Not Bossy, I’m The Boss is a staggeringly broad showcase of tenderness and ferociousness worn on an artist’s sleeve, delivered uncompromisingly just as Sinead O’Connor has done ever since she crashed into the public realm decades ago.

This collection is strewn with songs springing from a tender (sometimes sensual) place, delivered by the whispering O’Connor as she explores what love, intimacy and being a human mean to her. This soft yet powerful approach to her storytelling is criminally overlooked by a public who have instead lazily cannibalised the ‘angry’ Sinead they have been force fed by the media over the years.

How About I Be Me, Your Green Jacket and Streetcars are shining examples of O’Connor presenting her emotions in an almost vulnerable manner. In a 140-character pop world stuffed to the brim with songs containing nothing of consequence, it is almost uncomfortable for the 2014 listener to be confronted with such brutal honesty and transparency.

Of course the self-professed ‘lioness’ is never far from the scene of the crime and O’Connor roars on tracks like Harbour, 8 Good Reasons and first single, Take Me To Church. Her voice has always been loaded with a energised fragility that has the power to break your heart and knock you over in the same breath. I’m Not Bossy… is an album that positions this powerhouse vocal prowess front and centre.

I at first found some of the tracks dated, but have come to the conclusion that I’m Not Bossy, I’m The Boss is timeless. O’Connor sings tales from and for the ages, never letting go of the eternal struggle to create art in the face of the forces that work relentlessly to return humans to rubble. The songs detail O’Connor’s struggle to rise above and celebrate her existence, all the while giving us a ringside seat set to music.

I’m Not Bossy, I’m The Boss finds Sinead O’Connor still standing and singing, on her own terms and with undeniable conviction. It makes for a collection of songs to be emotionally experienced by the listener, rather than simply heard.