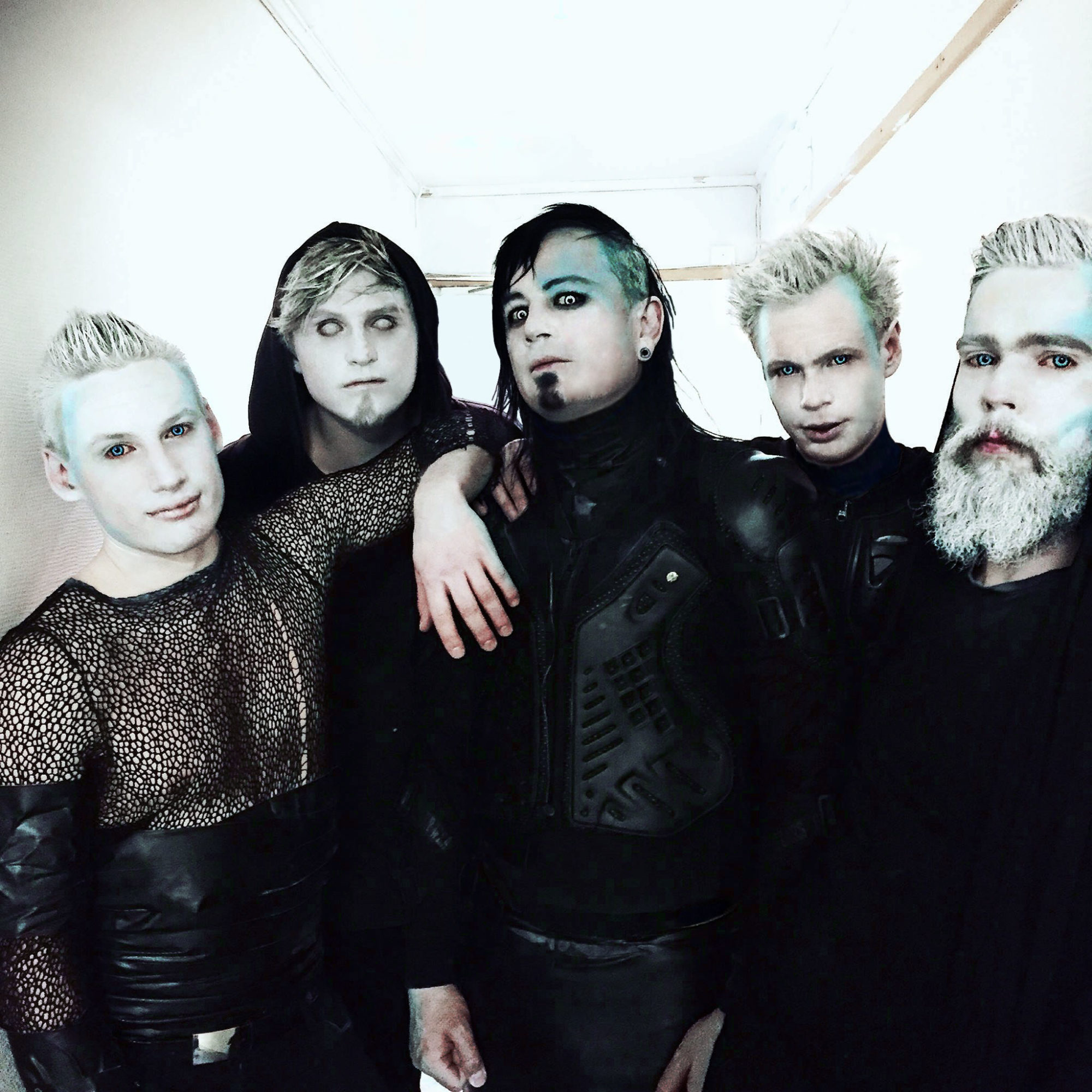 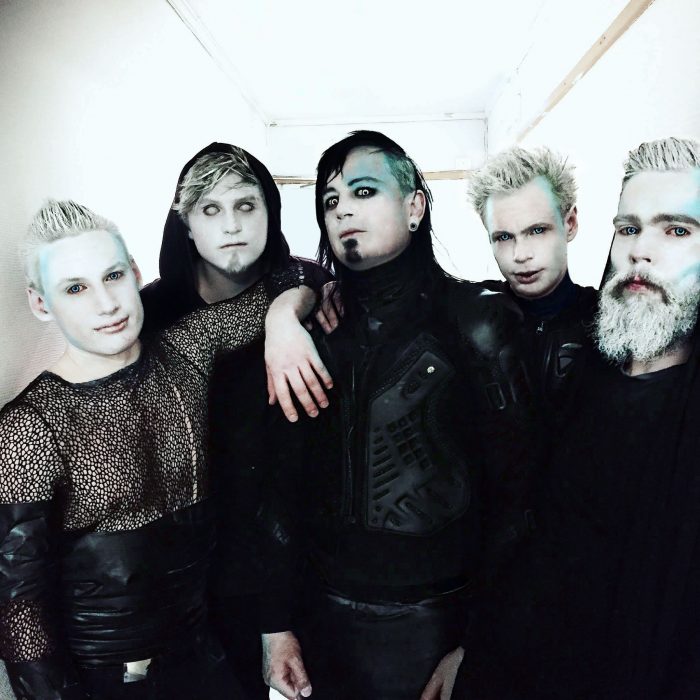 Started as a studio project in the UK, SIN 5 then moved to Norway. The band has played at various venues around Oslo and at the Rockefeller Music Hall. SIN 5 released first three singles – Love Obscene, Intravenous and Twenty-Four Weeks. Sophie Luchinsky talked to SIN 5 to know more.

Louder Than War: Why did you decide to start a band?

Dallas Takitimu (vocals): I was listening to a lot of film score music, particularly to modern action/ sci-fi movie trailers and always loved the rock/ metal elements they mixed with the electronic and orchestral; these huge dynamic transitions and edgy electronic sound design sounded amazing. My thought was, “Why not start a band that sounds like it was taken from one of these trailers?”.

Hafsteinn(guitar): I think my first piece of music was a scratched up Tina Turner CD, which my dad wasn’t too happy with so he gave me a couple of rock albums (Rainbow, Dire Straits etc). I had always gravitated towards the heavy and the melodic, like Drum n Bass and Nu-Metal/ Alternative Rock. I really got into Deftones, System of a Down, Korn, Red Hot Chili Peppers, Rage Against the Machine and Cypress Hill, to name but a few; that’s really what made me want to play an instrument.

I initially started on bass but a family member insisted guitar was a better option, so I bought one and down-tuned the shit out of it. My first band was a Hip-Hop project with Norwegian/ Chilean rapper Fela (and the Silky Johnsons). Later, through a friend, I was recruited to an Icelandic nu-metal/industrial band Robonia. We played a couple of shows in Oslo and made it to the semi finals in Emergenza’s Battle of the Bands. Unfortunately, after only three years, most of the members moved back to Iceland and the project ceased to exist. It was at this time I started looking for another project/ band and stumbled across the SIN 5 guys.

Kenneth (Synth/ Programmer): I’ve loved music for as long as I can remember, but didn’t start playing an instrument until I turned 18. A musician I went to school with was bewildered as to why I didn’t play an instrument, and convinced me to do something about it. Guitar was my first weapon of choice, but I also found interest in the piano when I went to a music school just a couple of years later.

In 2008 I joined my first serious project, the progressive rock band Radiant Frequency. There I was mainly a guitar player but occasionally utilizing my, at the time, basic keyboard skills. A year later I was asked by a friend to join another project, and so I became the keyboard player in a power metal band called Minerva. The band was short lived, but it got my understanding of keyboards and synths rolling. In 2010 the band broke up and I met Dallas who introduced me to his idea of SIN 5.

Back then SIN 5 was a studio project but Dallas wanted to turn it into a live act as well. Whilst getting SIN 5 on its legs I worked on some other projects too. I started Fearmòn, a progressive rock/metal band, worked on a solo project and became the studio and live keyboard player for another Norwegian band Mayflower Madame. Whilst working on these projects I gained a lot of experience in everything from playing and recording to writing and mixing, which has been essential for the development of SIN 5.

Hence I find my role in the band a little hard to define. Keyboard player. Recording engineer. Mixer. Tech guy. Webpage developer. Everything above, or maybe something in between…

LTW: Which bands you played before?

Dallas Takitimu: I mainly played in obscure underground black/death metal bands in the Christchurch (New Zealand) metal scene. I doubt you’ve heard of “Vinterskugge” and “Stigmatic Diaboloi” – kudos to you if you have! I think there are demo tapes (yes, tapes – it was the ’90s!) floating about someplace.”

LTW: Could you please tell me more about your songs?

Dallas Takitimu: We like a processed, heavy production, and like to keep the songs mid paced, as live this sounds a lot heavier. As soon as you try to go too fast (like a lot of extreme metal bands) the sound gets lost and it ends up sounding like a blur of noise and not really that heavy at all. We like to mix 7 string guitars (down tuned to G#) with industrial synths, and a lot of orchestral/ film score instrumentation.

LTW: Is it you who writes music and songs? 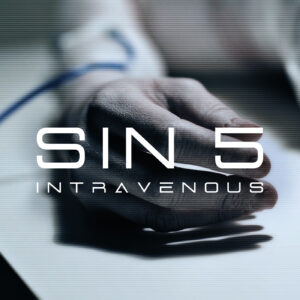 Dallas Takitimu: We write all our own music.

LTW: Could you tell me about your songs, lyrics, their meaning and the main idea of them?

As quoted in our press kit: “We want the audience to be immersed in this heavy, industrial atmosphere that sounds like they’ve been thrown into a vast dystopian mega-city, belching black smoke in an artificial neon glow”.

LTW: You have three singles. Could you tell me more about them?

Dallas Takitimu: We have three: Love Obscene, Intravenous and Twenty-Four Weeks, all released in 2016.

LTW: Could you tell about the most definitive songs? What did you mean by them?

Dallas Takitimu: I guess Twenty-Four Weeks (which is sung from the prospective of both an aborted fetus and his in-denial mother) is our most definitive (recorded) song, although we have others which I feel represent our sound more, such as Synthetic Genocide, which are currently being recorded.

LTW: How would you call your style of music? 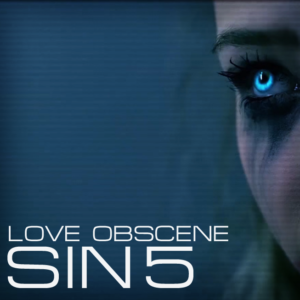 LTW: Could you please tell more about bands that influenced you?

Dallas Takitimu: As I stated earlier, it was the music from contemporary movie score trailers that influenced me the most. The Daft Punk Tron Legacy soundtrack really had an impact on me as did composers like Hans Zimmer and Danny Elfman. Also neo classical/ etheral music like Arcana, Dead Can Dance and Aghast.

LTW: Which bands you supported and tell please about gigs you played live?

Dallas Takitimu: All of our gigs have been in 2015/16. We’ve played at Skuret, Gamla, John Dee, Rockefeller, and The Økern Basement, which are all venues in Oslo, Norway. Most of the bands we have supported have been small local bands.

LTW: Are you planning to release new album, singles?

Dallas Takitimu: Yes, we’re currently recording our first EP, which will be called “The Omega Descent” (unless we change it!).

LTW: What’s coming up next for SIN 5?

“Dallas Takitimu: We are playing a concert (tba) with Essence of Mind, another Norwegian band signed to Belgian label Alpha Matrix and an unsigned band called Beyond the Barricade, here in Oslo, sometime in March. We also plan to play some festivals over the summer.”