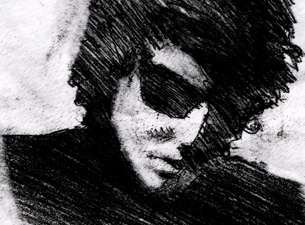 Despite being a Bob Dylan “newbie” as I’ve only got his Nashville Skyline LP, my curiosity was piqued by an advert I saw in Record Collector’s October edition, for a tour by a band called Simply Dylan (with the subtitle “A tribute to Bob Dylan, not a Bob Dylan Tribute”. After some research on the web, I found some info on the group. Started in 2011 by Liverpool music legend John O’Connell to celebrate Bob Dylan’s 70th birthday, the project has grown in stature over the years with numerous shows in the bands hometown (six sell-out performances at the Cavern Club) and a Spanish tour that got rave reviews. The aim of the band is to play Bob Dylan’s back catalogue as well as possible without falling in the trap of doing a carbon copy of his recordings.

The show at Kings Place was part of the bands first nationwide tour. The auditorium at Kings Place is a lovely room but it was sadly very sparsely filled when the musicians made their way to the stage at 8.15pm.  The show started with Positively 4th Street which was followed by Lily, Rosemary and The Jack Of Hearts from Dylan’s 1975 masterpiece: Blood On The Tracks. The band concentrates on Mr Zimmerman’s late ’70’s repertoire with large portions of Blood On The Tracks, Desire and Street Legal. You could see the Dylanophile’s in the room grinning like fools at the number of gems unearthed.  At least half of Desire was played (Sarah, Isis, Mozambique, Oh Sister, Hurricane) and Street Legal got a similar treatment (Senor, True Love Tends To Forget, Baby Stop Crying, Changing Of The Guards). Blood On The Tracks sections even had their own special instrument, as John O’Connell explained that the guitar he was using was the exact same model as the one used by Bob Dylan on that record. Even though the show concentrated on that trilogy of albums, earlier and later works weren’t forgotten with a lovely version of It Ain’t Me Babe sung by backing vocalist Kellyann Lea while her colleague Lisa Arthur got to sing Heart Of Mine from 1981’s Shot Of Love album.  The show closed with Forever Young which was followed by an excellent version Of Like a Rolling Stone. Kudos to John O’Connell for putting together such a talented bunch of musicians, and putting on a show that every Bob Dylan fan should see!

More Info on Simply Dylan and John O’Connell’s at : www.simplydylan.com and www.johnpig.com.